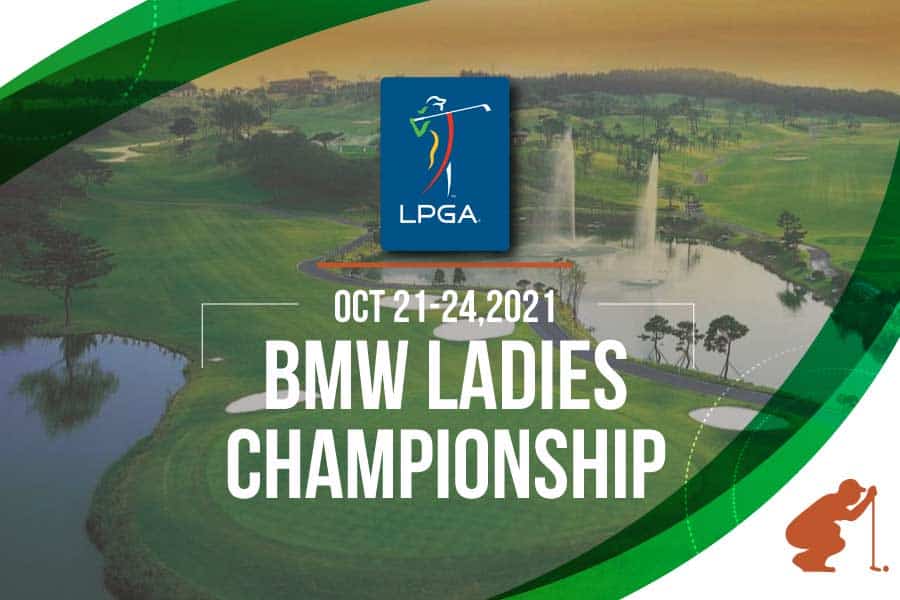 This week, the LPGA Tour travels to South Korea for the 2021 BMW Ladies Championship.  This tournament is set to be played out over four days, with this event marking the first Asian-based event since the pandemic started. Making its LPGA debut in 2019, this tournament was not played last year due to the raging pandemic. In addition, this will be the only tournament during the tour’s annual fall, Asian Swing, with events in China, Taiwan, and Japan having been canceled or downgraded to a local event due to COVID-19 travel restrictions.

Many believe the Korean Tour is as competitive as the LPGA, and with the success of players migrating from Korea to the U.S. would suggest that it would be an idea not without merit, so there are some underlying political dynamics this weekend between the LPGA and the KLPGA. In fact, 30 members of the KLPGA will use this as an opportunity to show they belong and that they play alongside more highly regarded LPGA players this week in front of their home crowd.

The host course, LPGA International Busan, is owned by the LPGA and is just the second course globally with LPGA sanctioning. The course was initially built in 2002 to host the Asian Games, but the LPGA brought in Rees Jones to redevelop the site as a permanent home for this event. LPGA International Busan is a beautiful course, but with yardage around 6725 yards, this course plays more middle of the pack in terms of difficulty. Expect strong scoring, as evident from the 2019 tournament when Danielle Kang and Hana Jang finished tied at 19-under. With a limited field (84 players) and no cut, expect players to be highly aggressive in their first two rounds.

So, with the fieldset, who is the favorite to win the whole tournament? Usually, it might be World No. 1 Nelly Korda, but she didn’t make the trip to Korea this week, but World No. 2 Jin Young Ko did, and she is the heavy favorite at +450 odds, as projected by Jazzsports.ag/*. Joining Ko are South Korea’s top-three players. Park In-bee (No. 3), Kim Sei-young (No. 4), and Kim Hyo-Joo (No. 10). This quartet also represented the country at the Tokyo Olympics this past summer.

My pick to win it all this week in Busban is Jin Young Ko. Ko has been on a mission lately, she has won twice in her past four starts while also picking up a runner-up finish and a sixth-place finish; she also is tied for the LPGA lead with nine top-10 finishes and is third in the Player of the Year points race at 116, 45 points back of the leader, Nelly Korda of the United States.

After spending the entire 2020 season as No. 1, Ko fell behind the surging American star Nelly Korda in June this year. But Ko has narrowed the gap with Korda thanks to her recent run. Korda, who won’t play in Busan, has 9.48 points, and Ko sits at 8.93 points.

Ko, in particular, has been in rare form in 2021, with her final round 66 when winning the Founders Cup two weeks ago being her 14th consecutive sub 70 scores. Why is that important? Well, she is chasing more than cups points or the World No. 1 ranking; she is chasing history. Ko will also try to break an LPGA scoring record that she currently shares with the retired legend Annika Sorenstam. Ko closed out her victory at the Cognizant Founders Cup in New Jersey on Oct. 10 with a final round of 66. It was Ko’s 14th consecutive round in the 60s, which tied the mark set by Sorenstam in 2005. She could easily break the record here in Busban with another solid performance and has even mentioned that she is, “I was aware of the record, and it was a good source of motivation for me.” So, look for the +250 favorite to win it all, as projected by Jazzsports, to put on a scoring show in front of her home crowd and lock in that record this week.

One long shot to keep an eye on this week is Korean American Danielle Kang. Kang, the world No. 9 and runner-up at the inaugural BMW Ladies Championship, is back this year. Kang currently sits with the third-best odds at +1400 to win it all, as projected by Jazzsports.

Kang will be joined by other international stars of Korean descent, Lydia Ko of New Zealand, who sits right behind Kang with +1400 odds to win it all, and Minjee Lee of Australia, who sits behind the favorite Ko at +1200 odds to win it all. Expect all four to put up some impressive numbers this week at the Ladies BMW Championship.

Come Sunday, and I would expect all four to be within striking distance of the favorite Ko.

Now that the field is set for the BMW Ladies Championship, we take a look at the odds to win it all, as projected by Jazzsports.

Get up to 100% match bonus and make sure to stay tuned for 2021 BMW Ladies Championship, golf news and PGA tournaments schedule.