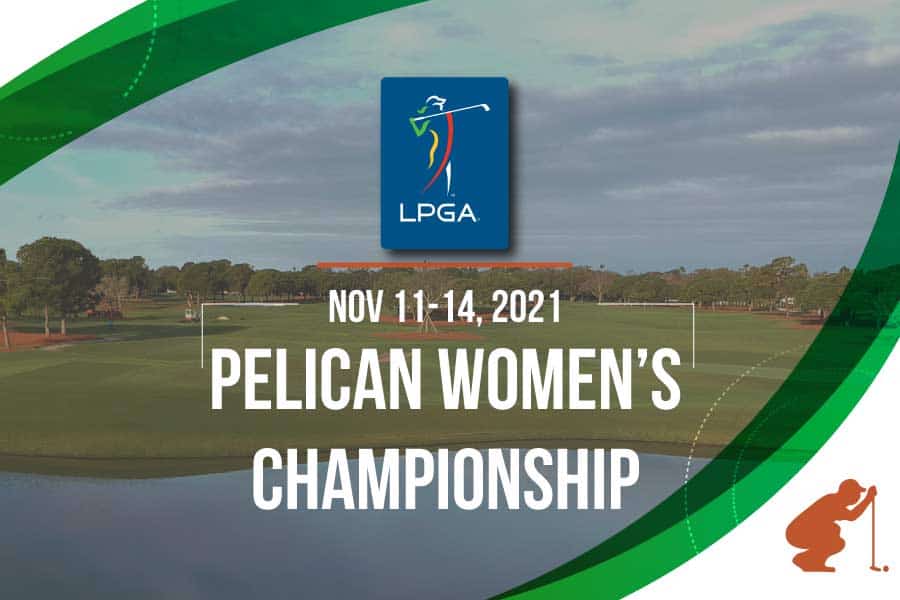 Two weeks away from the end of the 2021 calendar, The LPGA Tour is currently on its final leg. This week, the Pelican Women’s Championship will feature the most outstanding players in the world. The competition will be played November 8-14 at the Pelican Golf Club in Belleair, Florida.

With a confirmed line-up of 108 participants, the best professional golfers will compete for a purse of $ 1.75 million. Golf fans attending this event on this fantastic course in Tampa Bay will have the opportunity to see Jin Young Ko (+375), Lydia Ko (+900), Nelly Korda (+900), Danielle Kang (+1800), Sei Young Kim (+2000), Brooke Henderson (+2000), and Patty Tavatankit (+2200). According to our Jazzsports betting specialists, they are the undisputed top favorites. It is worth noting that 10 out of the 15 best players in the world will take part in the contest.

This will be the second edition of the Pelican Women’s Championship, played for the first time last year but without spectators due to the Covid-19 pandemic. The defending champion is South Korean Sei Young Kim, who won in 2020 with 266 strokes (-14), and three clear pursuers.

The Pelican Golf Club was designed by no other than the famous Donald Ross. It is a par 70 course with 7,000 yards in length. It has lush vegetation, typical of South Florida. Its undulating fairways combine the characteristics of the European courses with some precise details featured in most of the southern United States.

Who is your favorite to win the Pelican Women’s Championship this year?

This will be the second edition of the Pelican Women’s Championship. Our Jazzsports specialists have done a careful analysis, and these are the leading candidates to win the title this week on the LPGA Tour.

World number two in the ranking and leader of The Race to the CME Globe ranking, she is a severe candidate to win in Tampa Bay. The South Korean has fire in her hands, and her latest results are solid proof of it: she won the last two tournaments of the LPGA Tour (the BMW Ladies Championship and the Cognizant Founders Cup). Our Jazzsports experts consider that she is the best option and next week’s clear favorite.

Ko is in third place in The Race to the CME Globe ranking and fifth in the women’s world ranking. This season she’s only won once (the LOTTE Championship in Hawaii). Born in South Korea and a nationalized New Zealander, she is the youngest golfer to achieve a major. She did so by winning the Evian Championship at just age 18 years of age, and the following week she won her next major, the ANA Inspiration. Undoubtedly, a unique case for a 24-year-old golfer who has everything to give on the LPGA Tour. She has a +900 odd backing from Jazzsports to win the Pelican Women’s Championship.

America’s lastest golf revelation is the number one in the world ranking and second in the LPGA Tour ranking. This year she won the gold medal at the Tokyo Olympics. At only 24, she already has 9 victories as a professional (6 of those on the LPGA Tour), including this year’s Women’s PGA Championship. Jazzsports experts have also given her +900 odds to win this week in Tampa Bay.

There have been no victories for Danielle Kang, who is currently ranked 10th in The Race to the CME Globe and 11th in the world ranking. At the age of 29, the American seeks to regain that solid, which led her to win the Women’s PGA Championship in 2017 and five professional tournaments on the LPGA Tour. Experts at Jazzsports are placing a +1800 odd if he wins next week’s competition.

Defending champion this week at El Pelican Golf Club is among the favorites to win, according to Jazzsports specialists. Her season has not shown the firm consistency she displayed in 2020, but a top finish next week cannot be ruled out. At 28, the South Korean has accumulated 17 professional victories, 12 on the LPGA Tour.

The Canadian is always a favorite. Chosen Canadian Press Female Athlete of the year in 2015, 2017, and 2018, her presence next week in Tampa Bay is backed up by solid confidence, even though this season she has only achieved one single victory (Hugel-Air Awards LA Open over Jessica Korda). She currently ranks ninth in The Race to the CME Globe ranking and 10th in the women’s world ranking. She has a +2000 odd from Jazzsports experts to win the Pelican Women’s Championship.

Sign up and make sure to stay tuned for Pelican Women’s Championship updates, golf news and PGA Tour schedule