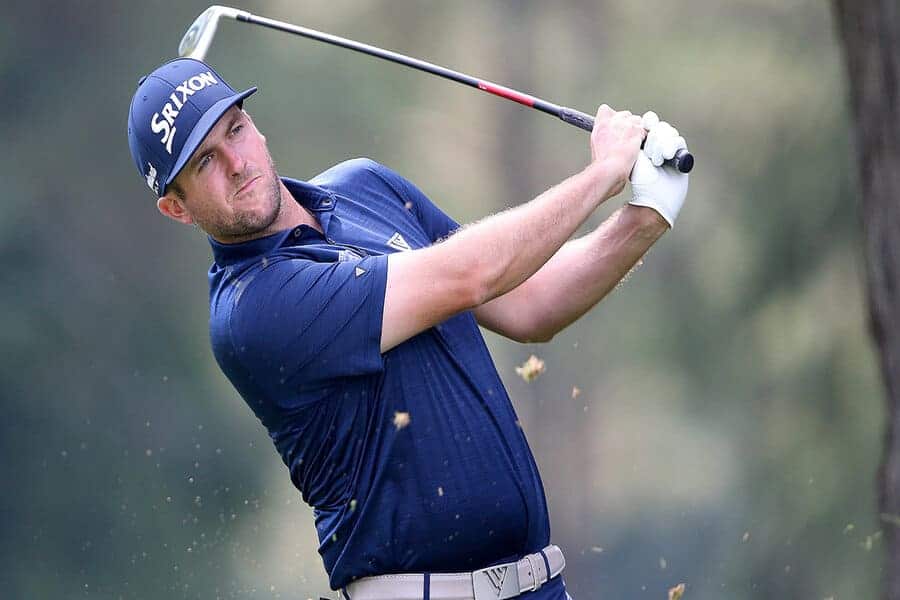 This week, the PGA Tour is headed sunny Bermuda for the 2021 Bermuda Championship that will be played in Southampton on the Port Royal Golf Course. Although the field is not star-studded this week, as most players are on vacation, there are still a few big names that should be in contention come Sunday.

Most eyeballs will be on Matthew Fitzpatrick, who just won the European Tour, complementing his Ryder Cup performance with yet another decent golf session, and Patrick Reed, who at No. 234 is the highest-ranked player in the field.

This will also be a week that lesser-known names such as Hayden Buckley and Chad Ramey will look to make a run into contention but will need to be consistent with their driving accuracy to remain a factor into Sunday. Port Royal is a par-71 that plays just over 6,800 yards, so you don’t need to be a big hitter to win here. This course is considered a pitch-and-putt for most PGA Tour players, which is evident by the past two winners here.

On a windy Thursday afternoon in Bermuda, Brandon Hagy and Chad Ramey fired a 6-under 65 to share the lead after day one at the Bermuda Championship. The weather certainly played a factor in round one, as wind and heavy rain suspended play briefly in the morning. However, the wind was still a factor when play resumed as strong gusts wreaked havoc on even the most straightforward shots.

Ramey managed to finish off a bogey-free round right before play was halted due to darkness. While Hagy made nine birdies to offset his bogeys, one of which was a 2-foot par putt he missed on the par-5 seventh hole, which sounds like Hagy choked, but the wind toyed with his ball and made the 2-foot putt impossible.

Right behind the leaders sits Vincent Whaley, who shot a 66, and right behind Whaley is a group including Garrick Higgo, Seamus Power of Ireland, and Danny Lee, who finished round one with a 67.

Patrick Reed sits within striking distance as he finished with a 68.

Reed opened with three straight birdies only to give most of it back with a double bogey. Reed was coming off a bogey on the 16th when he drove into a hazard on the par-5 17th. He took a penalty drop and then hit 6-iron that plopped down near the hole and dropped for a most unusual eagle.

Day two at the Bermuda Classic saw the winds die down, and the PGA Pros started to attack the leaderboard. After the first round of the tournament entirely controlled by the wind and the rain, round two saw the players making shots that weren’t possible the day before. When the dust settled after play on Friday, Taylor Pendrith climbed to the top of the leaderboard by one stroke over Patrick Reed by shooting a 61. Taylor Pendrith also increased his odds to win the whole tournament to +350 as he was inserted as the current favorite, as projected by Jazzsports.ag/*.

Pendrith ran off five straight birdies at the turn and flirted with a sub-60 round until settling for two closing pars and a 10-under 61 at Port Royal. Then, in the calm and beauty of Port Royal, Pendrith had nine birdies and an eagle to offset his lone bogey on the 13th hole to move past Rodgers into the lead at 11-under 131. Pendrith is in his rookie season on the PGA Tour and has made the cut in the three tournaments he played. And then he took a week off to get married, taking a brief honeymoon in the north of Ontario before getting back to work.

Sitting right behind Pendrith at 10-under is Patrick Rodgers, who held the top spot on the leaderboard for most of the day and increased his odds to win the whole tournament to +550, as projected by Jazzsports.ag/*. Rodgers set the early target with four birdies on the front nine in the morning and then his chip-in for eagle on the par-5 seventh to reach 10-under for the round.

In case you forgot, Rodger’s entry onto the PGA Tour was highly anticipated when he came out of Stanford a few years ago after tying Tiger Woods record for NCAA victories with 11. Since then, Rodgers hasn’t been able to live up to the hype, but that can all change with success in Bermuda this weekend. The key to Rodger’s victory? He needs to stay consistent with his iron play, which he hasn’t been able to do. Port Royal has a way of leveling up the field because the guys that usually have an advantage with length will need to lay up to set up their second shots, so iron play is critical as we charge toward the weekend.

Matt Fitzpatrick found this out as he grabbed a driver on a hole which should have been a 4-iron shot. Instead, he ended in a bad lie on a decline, and instead of putting for par, Fitzpatrick had to scramble to save par. Fitzpatrick finished the day tied for 34th at 3-under for the tournament.

Five shots currently separate sixteen players at the halfway point, so it’s anyone’s tournament to win right now. Unfortunately, round one leaders Brandon Hagy (72) and Chad Ramey (71) failed to take advantage of the beautiful weather, though both were very much in the mix going into the weekend.

Ramey saw his odds of winning the whole tournament drop to +2200, as projected by Jazzsports.ag/*, after falling into a tie for 10th.

After round two at the Bermuda Classic in Bermuda, Taylor Pendrith is currently at the top of the leaderboard and is the favorite at +350 as projected by Jazzsports.ag/*. The odds after round two have been updated below.