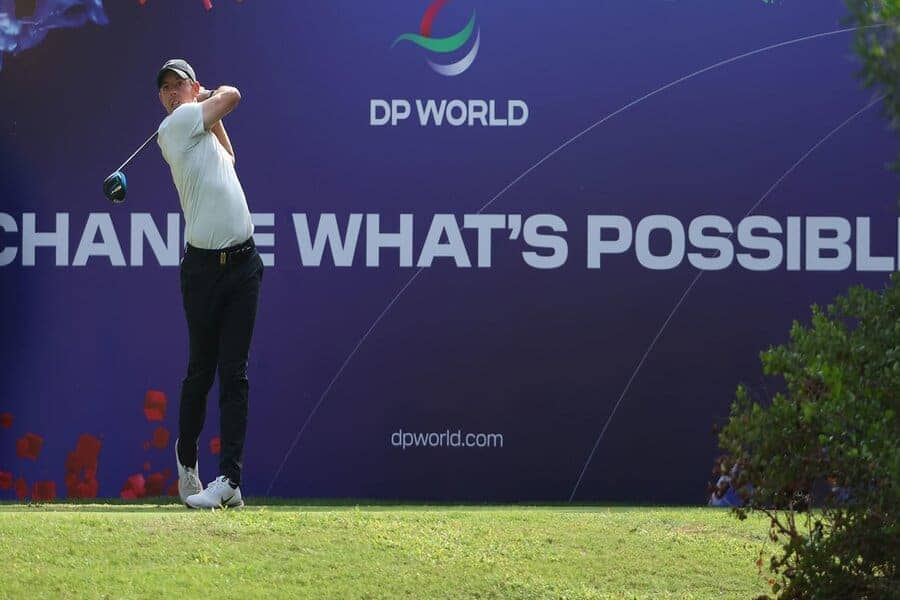 If you are looking for the best golf tournament this week, you will need to look several thousand miles away in Dubai at the 2021 DP World Championship. However, the 2021 Race to Dubai comes to an end this week with a chance to win the final European Tour event and the opportunity for some players to end the year as European Number One.

This year’s field includes Rory McIlroy, Tyrrell Hatton, Patrick Reed, Sergio Garcia, Shane Lowry, Tommy Fleetwood, Will Zalatoris, Paul Casey, Matt Fitzpatrick, and the two leaders of the Race to Dubai — Billy Horschel and Collin Morikawa. Equivalent to the PGA Tour’s FedEx Cup, this event winds down the season-long chase for the championship and will reward the very top player.

Only a few players have a chance to win the Race to Dubai, and once Jon Rahm decided to skip this event, the field was narrowed down to five. So Morikawa, Horschel, Hatton, Lee, Fitzpatrick, and Paul Casey will be difficult for Morikawa and Horschel to miss out completely. The math is a little complicated, but essentially, if Morikawa plays decent at all, he’s almost certainly going to win the Race to Dubai unless Horschel wins the tournament.

When Rory Mcllroy started his first round at the 2021 DP World Championship, he knew even if he won this tournament, the best he could finish in the Race for Dubai was fourth behind Collin Morikawa, Billy Horschel, and Jon Rahm (who is not playing this week).

That didn’t seem to matter to Mcllroy, who fired a 7-under par 65, and jumped to the top of the leader board after one round of play.

Mcllroy, a two-time winner of this event, played the first two holes in six strokes and was three understanding on the third tee box.

McIlroy followed his 31 with a 34 on the back that included a nifty chip leading to a birdie on the 18th and the 65. If he keeps this pace, he could cruise to a third title in the last ten years on this golf course. At the least, after the well-rounded show he put on Thursday, the other 52 golfers in this field now have a big problem at the very top of the leaderboard.

As for the potential winner of the Race to Dubai, Collin Morikawa shot a 4-under 68. All Morkiawa needs to do is stay close to the top of the leader board throughout the weekend, and he will fulfill his bid to become the first American to win the season-long Race to Dubai. He’s currently T5 on the leaderboard, which is likely more than enough to lock up the title, mainly since playing partner Billy Horschel shot 74 and is T45. Horschel is the best hope of any contenders to catch Morikawa in the Race to Dubai, but he needs to at least rise into the top 10 over the last three rounds.

Mcllroy started the day with a two-shot lead but stumbled a bit with a double bogey on the 18th, leaving him with a 70 for the day one shot behind the leaders and in a tie for second with A. Bjork.  Mcllroy, who was the favorite at the start of the tournament, remains the favorite to win the whole thing, as projected by https://jazzsports.ag/*.  Rory Mcllroy reached the 18th tee with a one-stroke advantage despite hitting only five of 13 fairways to that point. He wasn’t as lucky as Morikawa as he drove left into a bunker, and his third shot kicked left short of the green and dribbled into the water. McIlroy retained his lead throughout his front nine but found himself one back from Lowry, Catlin, and Horsfield after missing a 6-foot par putt at No. 10

That’s right. I did say leaders, as there is a three-way tie at the top of the standings, including Sam Horsfield, John Catlin, and Shane Lowry at 10-under par. Horsfield had a solid 66 for the day after running off five straight birdies at one point. Lowry, the former Open Champion, also had a solid day shooting a 7-under par 65, including an eagle on the par-4 14th.  Lowry currently sits right behind Mcllroy with his odds to win the whole tournament, as projected by https://jazzsports.ag/*.  Based on his strong round two play, I predict Lowry to win the whole tournament.  Expect Lowry to continue his strong iron play, remain around the top of the leaderboard, and hoist the trophy in Dubai on Sunday.

Collin Morikawa has continued to put himself in a position to be the first American to win the Race to Dubai at 8-under, as he shot his second 68 in as many days. Luck may have played a bit of a factor as he pushed his tee shot at the par-3 17th hole and shouted, “Get in the bunker.” Instead, the ball bounced on a downslope in the rough and headed toward the water, only for it to hit a hazard post and stay dry. An up-and-down for par followed by a final-hole birdie saw The Open champion shot a second straight 4-under 68, leaving him three shots off the lead.  Morikawa currently sits just below the favorites with his odds to win the whole tournament, as projected by https://jazzsports.ag/*.

The only real challenge to beat Morikawa for the Race for Dubai is Billy Horschel, who is only even par after 74 and 70. Horschel needs to win or hope Morikawa finishes well down the 52-man field to jump into first place. Neither of those scenarios looks likely.

Only four other players, Tyrrell Hatton, Min Woo Lee, Paul Casey, and Matt Fitzpatrick, can overtake Morikawa, but they would also need a win on the Earth Course. Casey and Fitzpatrick are best placed to launch a weekend move, having shot rounds of 69 to be five-under overall and five strokes off the lead. Still, Morikawa would need to have the biggest meltdown in golf history for any of these scenarios to play out.

Sign up and make sure to stay tuned for 2021 DP World Championship, updates, golf news and PGA Tour schedule