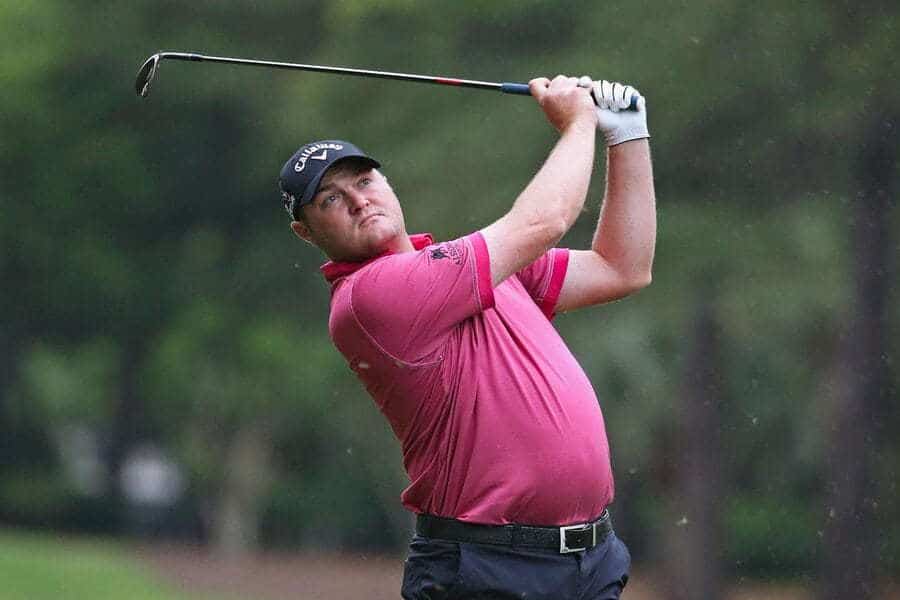 2021 Houston Open round 1 and round 2 Highlights

After hopping around the globe, the past few weeks, the PGA Tour is back in the United States for the 2021 Houston Open, which has a history that dates back 75 years.

Due to how the tournament schedule fell previously, many top names would skip this event to get ready for Augusta. However, with it now held in the fall, there is a higher-quality field. Eight significant winners are in the field, along with Ryder Cup participants Scottie Scheffler and Matt Fitzpatrick.

This week the pros will take their game to Memorial Park, which has gone under major renovations in the last few years. Keep an eye on the 16th hole, a par-5, 576-yard hole with water down the right side of the fairway, and the green has water on three sides of it. In 2020, this led to 100 birdies, the fourth-most of any hole during the tournament, and 29 double bogeys or worse, which was also the most of any hole.

It’s the only par-5 hole on the back nine, as players finish their round with two par-4 holes. The 17th is 382 yards but rated as the second-hardest hole on the course due to more water on the right side. No. 18 is 503 yards but essentially straight to the green without too many hazards to deal with.

Scottie Scheffler, who is coming off a strong push last week in Mexico, and Tyrrell Hatton both come into this tournament in Houston with high expectations and were considered in the top of the group as favorites to win the whole thing, but after round one, did they live up to that expectation?

Topping the leaderboard after round one at the 2021 Houston Open sits five players, all tied at 5-under. Russell Henley, Talor Gooch, Marc Leishman, Luke List, and Martin Trainer all share the lead after the play was suspended due to darkness following a rain delay in the earlier round. However, there is still a large group of golfers that could not finish their round on Thursday.

Henley and Gooch have seemed to find their stroke and have been on an absolute tear from tee to green of late. Both ranked in the top 10 in this field in strokes gained on approach over their last 20 rounds. Gooch has four top 11s in four starts this season, and he has gained strokes on approach in all three that were measured. In three of his last four events, Henley has accumulated at least 1.5 strokes per round on approach shots. These are vital stats for a course like Memorial, and when good ball-strikers have good days with their putters, they tend to lead-in tournaments.

Sitting right behind the leaders at 4-under sits a group of three, including Jason Dufner, Wyndham Clark, and Adam Long. Dufner seems to be in pretty good shape heading into play on Friday, even though he was not striking the ball particularly well, but his putter saved the day and kept him within one shot of the leaders.

Martin Trainer went into play on Friday tied with a group of three others players at the top of the leader board at the 2021 Houston Open. As the smoke and weather cleared, Trainer was the only one of the four that kept his spot on the top of the leader board after his second round on Friday. Trainer holed a pair of long birdie putts and three short ones in a bogey-free round at Memorial Park for a 5-under 65 and a one-shot lead over Kevin Tway. After two days of consistent play, Trainer finds himself increasing his odds to win the whole tournament with +900 odds, as projected by Jazzsports.ag/*.

The question surrounding Trainer is, can he hold on for the entire weekend for the victory? Trainer won the Puerto Rico Open in 2019 as a rookie, and since then, it has been downhill. Trainer has made only nine cuts in 70 starts on the PGA Tour since then, and one of those was the winners-only Sentry Tournament of Champions at Kapalua that had no cut.

Jason Tway, who sits right behind Trainer one stroke behind at 9-under par, has seen a similar path to his career as Trainer. Tway won the Safeway Open to start the 2018 season and has only one other top 10 over his subsequent 72 events on the PGA Tour.

Tway had a pair of eagles in his round of 64, holing a 60-foot chip on the par-5 third hole and then holing out from 107 yards in the fairway on the par-4 13th. He was tied for the lead until missing a 5-foot par putt on the 17th hole. Tway has increased his odds to win the tournament to 800+, as projected by Jazzsports.ag/*. My question with Tway is the same as Trainer, and as the weather gets better, can they hold off players like Scottie Scheffler, who is charging hard after his 62 on Friday.

Scheffler, who shot a 72 on Thursday and then looked like he wouldn’t factor in the tournament after his first four holes on Friday, hit a 300-yard bomb on the fifth, which seemed to be the turning point. From that point on, Scheffler was a man possessed shooting the best round in the short history of this event at the newly renovated Memorial Park Golf Course. Scheffler made birdie on four of the last five holes before the turn, then followed with a 31 on the back for a course-record 62. With his play on Friday, Scheffler jumped to the overall favorite to win the tournament at +400, as projected by Jazzsports.ag/*, and my pick to win come Sunday afternoon.

The second round was completed early Saturday morning as the tournament tried to catch up from a lengthy weather delay at the start of the tournament.

Sign up and make sure to stay tuned for the 2021 Houston Open, updates, golf news and PGA Tour schedule