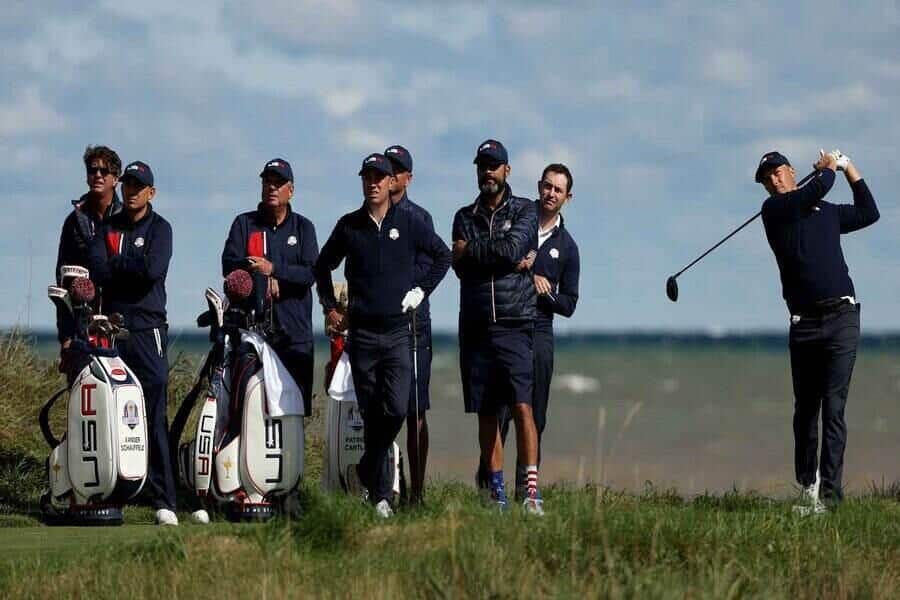 In case you missed another epic day of golf, here is the 2021 Ryder Cup Day 2, where Team USA kept their foot on the pedal, grabbing 5pts between the morning and afternoon sessions to increasing their lead over the Europeans to 11-5 entering the final day of competition. The lead is the largest for the Americans entering the singles portion of the Ryder Cup since 1975.

Team USA has to feel good about how they played on Saturday and its position in heading into singles play on Sunday. The U.S. was considered the favorite to win the Ryder Cup, according to Jazz Sports, and has not disappointed as they grabbed early leads on Friday and continued to add points on Saturday. As a result, team USA has 11 of the 14.5 points necessary to pick up the victory entering singles on Sunday. However, with 12 matches to be played on the event’s final day and Team USA expected to be favored in nearly all of those matches, a win seems almost like a foregone conclusion.

In the morning session, Team USA won three of four matches to go up 9-3 with only Jon Rahm and Sergio Garcia — the same two who won their foursomes match on Friday – gaining points for Team Europe. What more can be said about Rahm?  He now alone accounts for 3.5 of the Europeans’ five points, and with the victory, Garcia became the winningest player in Ryder Cup history.

Team Europe turned up their game a bit in the afternoon four-ball session.  Dramatic putts on the side of Team Europe and cold putters on a few of the groups on Team USA resulted in the first session of the week that the U.S. did not win, but it did get a 2-2 split. This after the Americans won 3-1 in both sessions Friday and again Saturday morning in foursomes.

Team Europe did seem to get it rolling a bit in the afternoon session, and it was possibly a missed opportunity for Team USA to slam the door on Saturday, but you’ll take splits the rest of the way with the lead they’ve built. All Team USA has to do is find 3.5 points, and the Ryder Cup is theirs. Team Europe has their work cut out from them, and based on the deficit they’re now playing; they will now need to mount the single-largest comeback in Ryder Cup history on Sunday to win.

Follow us on Social Media for instant Ryder Cup updates!