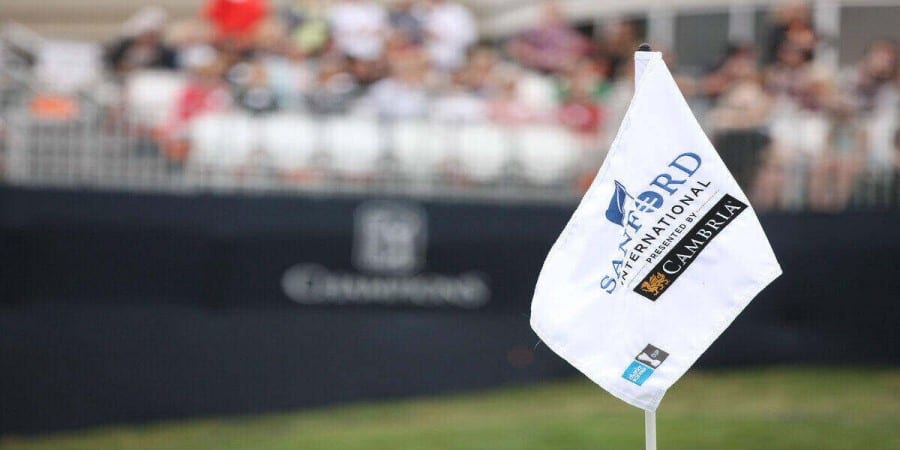 Ryder Cup Captain Steve Stricker Among Those Competing at Sanford

The PGA Champions Tour continues its trek west after David Toms topped Dicky Pride last week in a playoff at the Ascension Charity Classic, as the tour stops at Minnehaha Country Club in Sioux Falls, South Dakota for the 2021 Sanford International

This is the fourth edition of the event that debuted in 2018. Steve Stricker, who is the Ryder Cup captain next week and the favorite here, won the inaugural event. Rocco Mediate won the following year, and Miguel Angel Jimenez is the defending champion of the event, winning at -14 last year by one stroke over Steve Flesch.

The course at Minnehaha has been quite dry this summer, so golfers are expecting a speedier track that will lend itself to lower scores than in previous editions. Rod Pampling said earlier in the week that he expects that someone will break last year’s tournament record of -14.

“If the course plays the way it is, I’m thinking around -15 will be pretty close to it,” Pampling said. “I don’t want to put a number in my head straight away, but that’s kind of the goal I’m shooting at.”

It’s fair to wonder if Stricker will be thinking about his duties next week at Whistling Straits in Wisconsin, but he has been on fire when he’s played this year, logging nine top-10 finishes in 11 starts on the Champions Tour this year, plus he has the win here three years ago.

Jim Furyk (+800) will be making his debut here in his second year on the tour. He was in contention for his fourth-career victory on the Champions Tour last week, but a double bogey on No. 12 set him back and he couldn’t birdie any other remaining holes to finish sixth. But Furyk has been a contender nearly everywhere he’s played this year.

Jimenez, the defending champion of this event, is +900. This will be his first event back in the United States since July, and he played well on the European Tour in recent months, recording a top-30 finish in his last event against much younger players.

Now that Toms (+2000) recorded his first win since 2018, we’ll see if he can carry that momentum and newfound confidence here. He finished sixth in Sioux Falls last year and has nine top-10 finishes on the season.

Bernhard Langer (+1400) is the Schwab Cup points leader and keeps racking up the top-10s—his ninth-place finish last week was his tour-leading 20th top 10 of the season. Langer also finished tied for third at Minnehaha in 2020.

One longer shot to look at is Flesch (+3000). To go with his runner-up finish last year, Flesch finished fifth here in 2019, so he plays the course well. He’s also coming off a 23rd place finish in St. Louis last week, so he may be flying under the radar a bit.

Here are the latest odds from Jazzsports for the 2021 Sanford International on the PGA Champions Tour.

Follow us on Social Media for instant 2021 Sanford International updates!