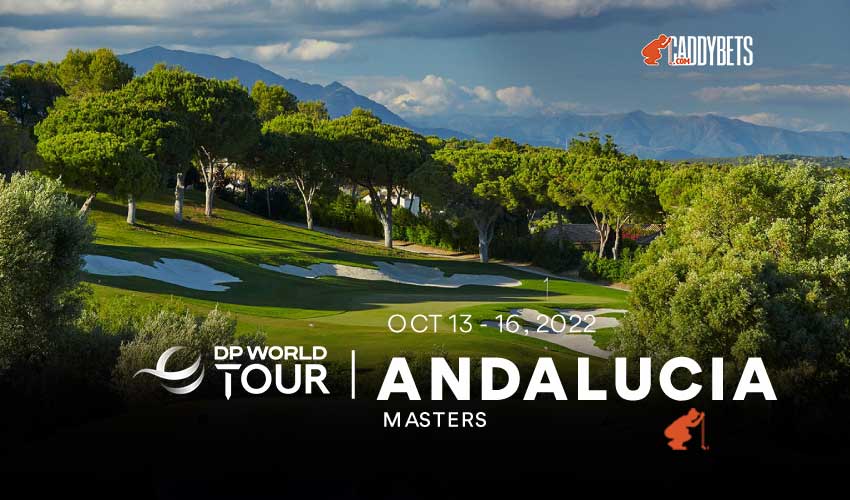 A week after Jon Rahm won the Open de España as a heavy favorite, Matt Fitzpatrick returns to Valderrama as a large betting favorite and defending champion of the 2022 Andalucia Masters at the famous Real Club Valderrama in Sotogrande, Spain—the second of three-straight weeks of DP World Tour play in the country.

The Andalucia Masters began in 2010 and prior to that, the Volvo Masters was held at Valderrama each year from 1998-2008. The event wasn’t held from 2013-16, but even with this tournament taking place just seven times, Spaniard Sergio Garcia has won it three times.

Garcia set the tournament record with a 12-under 272 in 2017. Fitzpatrick’s winning score last year was 6 under and still three strokes better than second place Min Woo Lee and Sebastian Soderberg.

Is such a heavy favorite that there’s value in just about any other golfer. The U.S. Open Championship is playing much better going into this year’s event. In his last five events on European soil, he hasn’t missed a cut and his two top-six finishes, including a playoff defeat to Robert MacIntyre a month ago at the Italian Open.

Sure enjoys playing in Spain. After last year’s runner-up here, his best finish for all of 2022 was a 14th at the U.S. Masters in April—until last week’s third-place finish at the Open de España.

Both are recent winners on tour, as Fox won the Alfred Dunhill Links Championship in his last event two weeks ago and was fourth here last year.

Hasn’t won since the Qatar Masters in 2021, but he’s run off a string of five top-16 finishes in his last six events, including two fourth-place finishes in that span. Thomas Detry (+2500) is back home in Europe after playing on the PGA Tour for the past three weeks, collecting a pair of top-12 finishes while there.

is one home-country player to back at a great price. He was tied for 50th last week, but that was mainly due to a third-round 77—his other three rounds were 68 or better.

Much like last week with Rahm, you almost have to back Fitzpatrick even with the low odds. Also try to get a little value in golfers who are playing well, including Lee, Fox, and Rozner.