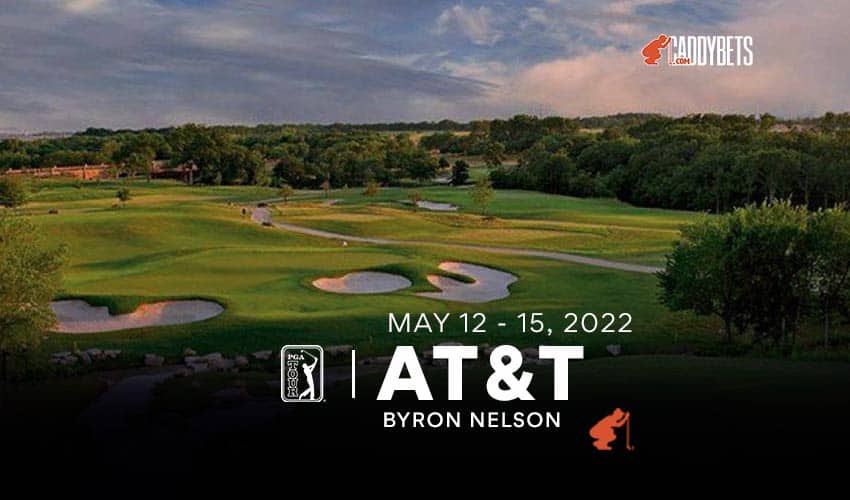 A longtime stop on the PGA Tour, many top golfers are at TPC Craig Ranch in the Dallas, Texas area for this week’s AT&T Byron Nelson despite it being contested the week before a major—the PGA Championship at Southern Hills in neighboring Oklahoma.

This event has been played nearly annually since 1956, when it was known as the Dallas Open Invitational. It was renamed after Nelson in 1968. Nelson, a Texas native, won 64 times as a pro, including five majors, and is a World Golf Hall of Fame member. One of his greatest achievements was winning 11-straight tournaments in 1945.

Despite the long history of the tournament, only five golfers have won it more than once. Tom Watson holds the record with four, including three in a row from 1978-80. The only active golfer to win more than once is Sergio Garcia, who accomplished the feat in 2004 and ’16.

The last two winners have been South Koreans: Sung Kang in 2019 and K.H. Lee last year.

The tournament has been held at different venues throughout its history, and this will be the second year playing at TPC Craig Ranch.

It’s fairly lengthy at 7,468 yards and has a par of 72. Golfers are put to the test on hole 18, as they will have to earn a strong finish. The par-5, 552-yard hole is reachable in two, but it will take two perfect shots. The landing zone from the tee shot has nine bunkers to avoid; the putting surface is guarded by three bunkers and there’s also a creek crossing the fairway about 15 yards in front of the green.

Lee set the tournament record to par here last year with a 25-under 263, beating Sam Burns by three strokes.

Can Scheffler Keep Up the Hot Streak After a Break?

Played in the Zurich Classic with partner Ryan Palmer but hasn’t played in a traditional 72-hole stroke-play event since winning the Masters a month ago. That marked his fourth win in six tournaments from mid-February to mid-April.

Scheffler shot a 64 in a practice round at Southern Hills last week, so he appears to still be in form, and the last time he played in his home state of Texas, he won the WGC-Match Play event to become the world’s top-ranked golfer.

We’ll see how Scheffler handles his role as convincing favorite now, but he was one of the favorites going into the Masters, and he dominated at Augusta, so it’s hard to bet against him right now.

Is making his debut at TPC Craig Ranch, and with a few multi-time winners this season already, Thomas has flown under the radar a bit but is playing great golf. He has six top-10 finishes this season, including an eighth at the Masters despite a first-round 76. He hasn’t missed a cut this year and is the fourth highest-ranked golfer in the FedEx Cup standings not to have won a tournament.

A trio of golfers stand at +1500 odds: Will  Zalatoris is still seeking that first win of his career, which is the position that Scheffler was in for much of the past year. He was 17th in the Byron Nelson last year and is on a run of three consecutive top-six finishes.

Schauffele won the Zurich Classic of New Orleans with partner Patrick Cantlay, but his last top 10 before that was at the WM Phoenix Open in February, so there might be some recency bias playing a part in the high odds.

Burns has flown under the radar a bit this year despite winning twice, but the oddsmakers are on board this week since he finished second here last year. The 25-year-old was on fire in the fall but struggled over the winter months before emerging with a win at the Valspar Championship in March. He was runner-up with partner Billy Horschel at the Zurich Classic in his last tournament.

Two big names sit at +2000. Spieth is coming off a win in the RBC Heritage at Hilton Head last month. He was tied for ninth in this event last year after starting off with a 63 to hold a share of the lead after the opening round.

Johnson hasn’t shown that dominance he sported at the Ryder Cup yet this season. He has top-12 finishes in three of his last five events, but he hasn’t contended for wins yet, and this is his first spin around TPC Craig Ranch as well.

Has quietly posted some good results, coming in fourth at the Corales Puntacana Championship and did well in stronger fields at the Valero Texas Open and last week’s Wells Fargo Championship by finishing 18th and 15th, respectively. Vegas was also ninth in this event last year and has shot 12-straight rounds of 72 or better.

Won this event in 2018, albeit on a different course, but he’s also coming off his second-best finish of the season with a sixth in the Mexico Open two weeks ago.

Could be a good bet for recency bias but in the other direction. He caught a bad break with the weather last week in missing the cut at the Wells Fargo Championship, but this course is wide-open to better suit his game. He was 21st here at a solid 15-under and also was runner-up in this event in 2018.

Even though he’s the favorite, it’s hard to avoid Scheffler at this point. Sam Burns has the rare combination here of success this season plus a great finish at this course last year, and it feels like a matter of time before Zalatoris breaks through for that first win. Wise and Leishman are our underdog picks.