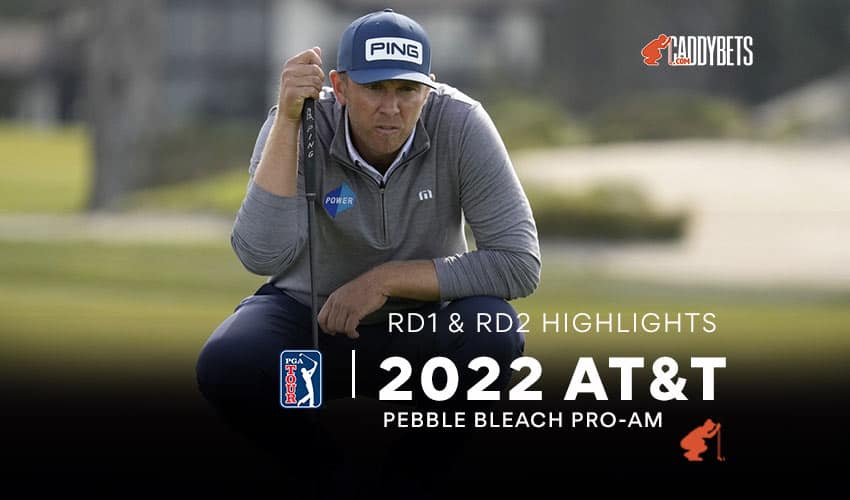 The PGA Tour makes its way to the historic Pebble Beach Golf Links to play the 2022 AT&T Pebble Beach Pro-Am, and a few familiar names found their way to the top of the leaderboard after round one on Thursday.

With golfers spread over three beautiful courses, Spyglass Hill, Monterey Peninsula, and Pebble Beach, Tom Hoge took a one-shot lead after round one at the AT&T Pebble Beach Pro-Am with a 9-under. Hoge, who nearly won The American Express a few weeks ago, played Pebble, where nine under is extremely impressive. Hoge, who has been pretty much all or nothing to start this season, has finished in the top five or missed the cut in each of his last four events, but it looks like he is starting to put things together as of late, and I would expect him to be in contention come Sunday.

Sitting a stroke behind Hoge is Irishman Seamus Power. Power played the more difficult Spyglass, so an 8-under is extremely impressive. Power has found another gear lately as he has quietly had four straight top 15s and seven top 25s in his last eight events. Look for Power to remain around the top of the leaderboard all weekend,

Don’t look now, but Seamus Power is on fire! After an impressive 8-under on Spyglass on Thursday, Power decided to set a tournament record with his 16-under 128 after 36 holes dropping him in the lead at the AT&T Pebble Beach Pro-Am and becoming the favorite to win the tournament at +100, as projected by Jazzsports.ag/*. Power started to really pull away on the ninth when he hit a wedge to 6 feet for birdie; he then holed a 25-foot putt on the 10th and then hit wedge to about 5 feet on the 11th. With the way Power is playing right now, I don’t see anyone in the field who will catch him.

Round one leader Tom Hoge played the Monterey Peninsula shooting a 69, finishing the day at 11-under and five strokes back of the leader. Hoge’s odds to win the tournament also dropped as he currently sits at +2000 to win, as projected by Jazzsports.ag/*.

Sitting behind the leader with the second-best odds to win is the projected favorite coming into the tournament, Patrick Cantlay, at +350 odds, as projected by Jazzsports.ag/*. Unfortunately, Cantlay stumbled a bit with back-to-back bogeys, which left him with a 68 and six strokes off the lead.

After Round 2 at the 2022 AT&T Pebble Beach Pro-Am, Seamus Power has been inserted as the favorite, as projected by Jazzsports.ag/*.

Get the latest information on the 2022 AT&T Pebble Beach Pro-Am updates, golf news, and PGA Tour schedule. Sign up to receive our daily Golf content and become a winner.