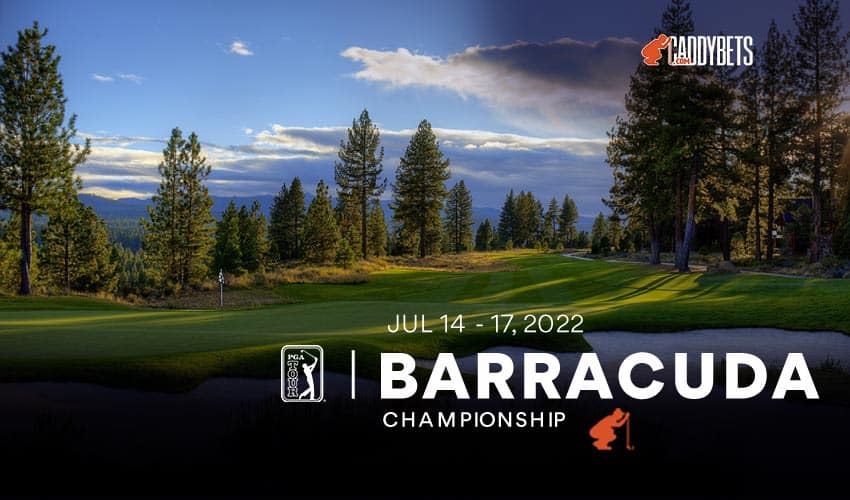 The 2022 Barracuda Championship welcomes 156 golfers from the PGA Tour and DP World Tour as a part of those groups’ strategic alliance, giving them a chance to compete for a title opposite the Open Championship, which is being played this weekend in Scotland.

This event is unique as it’s the only one on the PGA Tour that uses the Modified Stableford scoring system. With this format, an eagle is worth 5 points, birdies are worth 2, a par is no points, a bogey is -1, and double bogeys or worse are -2. For reference, Erik van Rooyen won last year’s event with 50 points, which set a tournament record since it switched to this format in 2012.

The Old Greenwood course at Tahoe Mountain Club in Truckee, California hosts this event for the third time. It’s a par 71 and is long at 7,480 yards, but it’s also at 6,000 feet above sea level, so the ball will travel farther than most weeks. Some par 4s are drivable, but there’s also a monster 631-yard hole awaiting at the par-5 No. 2.

The Barracuda Championship has produced a first-time winner in each of the last six years, and the oddsmakers believe that’s good news for Maverick McNealy, who is favored at +1100. He’s had a busy schedule over the past few weeks but was eighth at the John Deere Classic and tied for 16th last week against a strong field at the Genesis Scottish Open. In this event, he’s finished seventh and 18th the last two years.

Cameron Davis (+1600) has had tastes of success this year, owning a third at the RBC Heritage and seventh at the Charles Schwab Challenge over the span of four events. He’s well-rested and coming off an eighth at the John Deere Classic two weeks ago.

Mark Hubbard (+1800) has two solid finishes in a row, finishing 13th at the John Deere Classic and following it up with a third last week at the Barbasol Championship. Overall, he’s made six straight cuts.

Rasmus Hojgaard (+2500), a winner on the DP World Tour, was 10th at the Scottish Open last week and has done well on the PGA Tour events he’s played this season, including a sixth at the Corales Puntacana Championship and 18th at the Valero Texas Open.

Andrew Putnam (+2500) won this event at a different course in 2018, but he also has a good history at Old Greenwood, coming in second last year (finishing five points behind van Rooyen).

The way McNealy has been playing and coupled with the weaker field, he’s on the inside track to log his first win. We also like Davis and Hojgaard, who both have decent prices attached to them.
Here are the latest odds from Jazz Sports for the 2022 Barracuda Championship.

Follow us on Social Media for the 2022 Barracuda Championship & Official World Golf Ranking, and more!