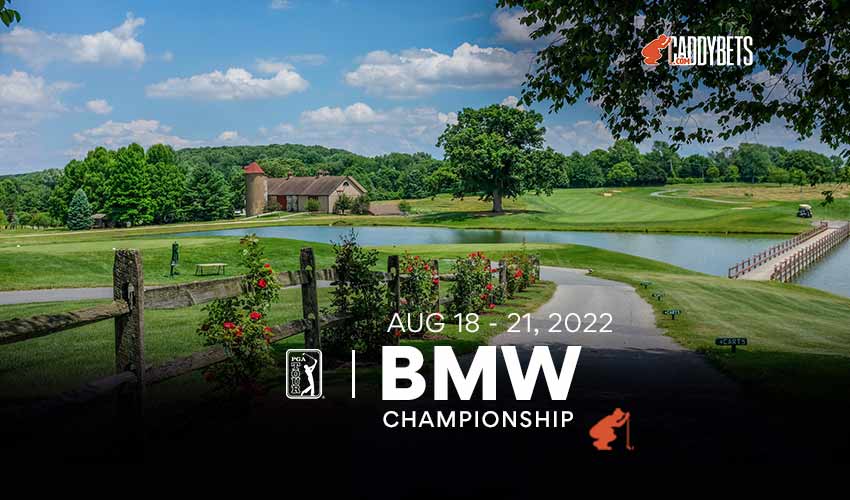 Will McIlroy, Rahm, or Other Favorites Join Zalatoris and Scheffler atop FedEx Cup Standings at BMW Championship?

The top 70 in the FedEx Cup standings are entered into this no-cut tournament, and the top 30 in the standings after this week will advance to the Tour Championship and its $18 million payday for the champ, so the stakes are high.

Will Zalatoris took over the top spot in the standings by virtue of his playoff win at the FedEx St. Jude Championship last week, ending Scottie Scheffler’s five-month reign in the No. 1 position. With 2,000 points going to this week’s winner, any winner from the top 16 positions would emerge from the BMW Championship as No. 1 while any golfer in the field can get into the top five with a victory.

Last year in Maryland, Patrick Cantlay outlasted Bryson DeChambeau in a six-hole playoff to win this event, and he parlayed it into a victory at the Tour Championship the following week.

Robert Trent Jones, Sr. designed the South Course at Wilmington Country Club in Delaware in the 1950s. it’s a par-71 course that has been stretched to 7,534 yards for this week’s event. One of the unique features due to the configuration is a stretch from holes 12 to 15 that goes par 5, 3, 5, 3. Fairway bunkers guard the popular landing zones on most holes, and the greens are very large, so accuracy will be key on approach.

After Missed Cut in Memphis, McIlroy Again the Betting Favorite

Missed his first cut since April—a span of eight events that saw him win the RBC Canadian Open and finish in the top 10 (including three top fives) of each of the four majors. Now the question is whether he can rebound. Recent history shows that he can, as he missed the cut at the Valero Texas Open and finished runner-up the following week at the Masters. Like Augusta, this course will favor big hitters, so the Irishman has a decent edge here.

Another big hitter, is right behind McIlroy on the odds board. After for the former world’s No. 1 player was quiet during major season (best finish of 12th), he led the field in Greens in Regulation at the St. Jude last week on his way to a fifth-place finish. Remember, Rahm finished second to Cantlay in the Tour Championship last year, so he would like to finish one better this time around.

We saw what happened when Scottie Scheffler finally got his first win in February: he rattled off three more wins in his next five events. Could the same happen for Will Zalatoris? Now that his first win is behind him, he’s likely to be no worse than third going into the Tour Championship, but he’s proven to play well on the big stage, so a run of victories isn’t out of the question.

Even though he didn’t win last week, Tony Finau remains one of the hottest golfers on the tour. He followed up back-to-back wins with a fifth last week, and he has two additional runner-up finishes since May. The difference for Finau has been his putting, which can also be a difference-maker this week.

Scottie Scheffler and defending event and FedEx Cup champ Patrick Cantlay are both at +1500. Scheffler has missed the cut in two of his last four events and doesn’t have a top-10 finish since the U.S. Open, so he’s not in form. Patrick Cantlay has been better, but he had a top-15 finish streak snapped at six last week after a 57th at TPC Southwind. This is when Cantlay turned it on last year, so will history repeat itself?

The next golfers on our list come in with some momentum. Matt Fitzpatrick hasn’t relented since winning the U.S. Open, coming in sixth at the Genesis Scottish Open, then tying for fifth last week with consistently low rounds. Collin Morikawa (+2200) has not lived up to expectations, going winless after many expected a breakthrough season, but he does play well in big events. After winning the Open Championship and DP World Tour title last year, he was fifth at the Masters, fifth at the U.S. Open, and fifth again in Memphis last week.

The momentum continues with our next two who are not among the top 10 in odds. Sungjae Im would be talked about more if it wasn’t for Tony Finau, as Im finished runner-up to Finau at the 3M Open and then added another runner-up at the Wyndham Championship before coming in 12th last week.

Joohyung “Tom” Kim was the winner in Greensboro, which the 20-year-old needed just to make the playoffs. He certainly didn’t settle for being happy to be there, as he placed 13th in Memphis. He will need to putt better this week, but he has a great chance to make the Tour Championship with a solid performance.

Adam Scott, the 2006 Tour Championship winner, had top-15 finishes at the U.S. Open and Open Championship before shooting a 66 on Sunday to come in fifth at the St. Jude, pushing him from 77th in the standings to solidly into the field this week.

Lucas Glover is an extreme longshot, but he defied the odds last week by finishing third at TPC Southwind, going from 121st in the standings to 34th. He won the John Deere Classic a year ago, and this course suits his game of both power and accuracy.

McIlroy comes into this event ninth in the standings, so he knows that he needs a good finish here if he wants a chance at East Lake next week. We believe he will start strong as he did in the majors this year. We’re also backing the big hitters like Jon Rahm and Morikawa while Zalatoris and Im round out our five.

Join Us to receive more 2022 BMW Championship Highlights & News! Make sure to stay tuned for the latest Golf Vegas Odds,