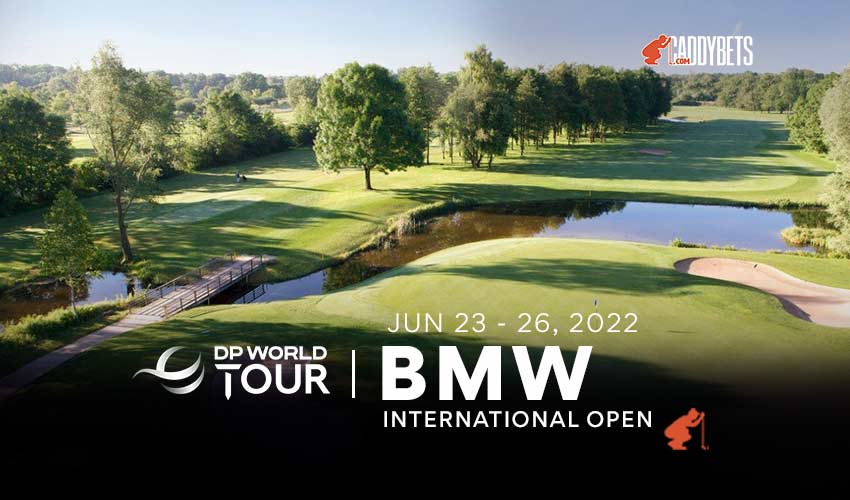 The DP World Tour returns to Germany for the second time this year for the 2022 BMW International Open in Munich. Billy Horschel, who won the Memorial earlier this month on the PGA Tour, is making his debut at this event. Joining the 2014 FedEx Cup champion in the field are former major winners Martin Kaymer and Sergio Garcia along with Thomas Pieters, the highest golfer in the DP World Tour Rankings in the field.

This event dates back to 1989 and has a number of two-time winners, including Thomas Bjorn, Pablo Larrazabal, and Henrik Stenson. Viktor Hovland won here in 2021 but will not be defending his title.

Golfclub Munchen Eichenried is a par-72 course that measures 7,284 yards (6,660 meters) in length. The tournament has been held here for the majority of its history, and the course record of 27-under was set by John Daly in 2001 and hasn’t been seriously challenged in recent years.

As part of his impressive 2014, Billy Horschel (+1000) won the BMW Championship on the PGA Tour and then the BMW PGA Championship last year on the European Tour, a feat that has been accomplished only by Rory McIlroy. A win here would make him the first person to win all three current BMW golf events. Horschel has a second and a sixth on the PGA Tour as well this year, and he was able to fly to Germany a little early after missing the cut at the U.S. Open last week.

Louis Oosthuizen (+1500) and Bernd Wiesberger (+1800) are in the field despite playing in the LIV Golf Invitational Series event in England two weeks ago. Oosthuizen has not looked himself after coming off an injury earlier this year, as he missed the cut at both the U.S. Open and Masters with a 60th place finish at the U.S. PGA Championship in between. The veteran Wiesberger also hasn’t had great results this year, as an eighth at the Catalunya Championship is his only top-10 of the year in nine starts on tour.

Jordan Smith (+1500) has only missed one cut this year and has two runner-up finishes this season, but he’s only cracked the top 10 once in the last three months.

Thomas Pieters (+1800) is sixth in the DP World Tour rankings thanks to a win at the Abu Dhabi HSBC Championship in January. He had two top-10 finishes in May and was a respectable 27th at the U.S. Open last week, making him a solid pick here.

Pablo Larrazabal (+2500) has cooled off a bit from his torrid March and April when he logged two wins and two additional top-five finishes, but he has a solid history here, winning on this course in 2011 and ’15.

Victor Perez (+2500) missed the cut at the U.S. Open but his previous two results were a third at the Porsche European Open and a win at the Dutch Open.

German Martin Kaymer (+3000) hasn’t had great results overall in recent years, but he has won here and was runner-up both last year and in 2018.

Outside of Horschel, we like those further down the odds board this week, including Pieters, Larrazabal, and Perez.

Here are the latest golf betting odds from Jazzsports for the 2022 BMW International Open on the DP World Tour.