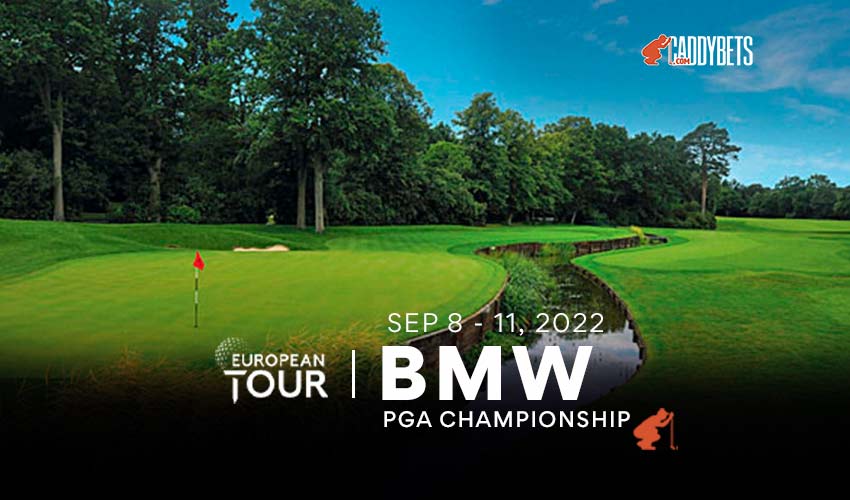 After weeks of smaller fields, the DP World Tour welcomes in many of golf’s biggest names for one of the tour’s flagship events—the BMW PGA Championship at Wentworth Club at the DP World Tour’s home in England.

Among the big stars appearing is Rory McIlroy, who won the Tour Championship two weeks ago and the FedEx Cup as the champion of the PGA Tour for the 2021-22 season. McIlroy leads the DP World Tour rankings as well and has the opportunity to become the first golfer to win the championships of both tours since the FedEx Cup came into existence in 2007.

The event dates back to 1955 and has been held at Wentworth annually since 1972. It was originally known as the British PGA Championship. The PGA stands for Professional Golfers Association and represents club professionals from around the world—it should not be confused with the PGA Tour, which is a separate entity.

This is the fourth of five Rolex Series events on the DP World Tour, which are higher-paying and offer more Official World Golf Rankings points than typical tournaments. The multiple-time winners here reads like a “who’s who” list of European golf. Nick Faldo owns the record with four wins in this event while Bernhard Langer, Colin Montgomerie, and Peter Aliss each have three wins. Montgomerie’s all came in a row from 1998-2000, making him the only golfer to win three in a row here. Luke Donald (2011-12) is the only other back-to-back champ.

The defending champion is Billy Horschel, who became the first American to win this tournament since Arnold Palmer in 1975. Horschel won at -19, which was just two strokes behind the course record set by An Byeong-hun in 2015.

Wentworth is not a links course because it is not along the sea, but it does feature typical challenges like wind, strategically placed bunkers, and thick rough. The differences are that the fairways are a bit tight, and there are plenty of trees to contend with. It’s a par-72, 7,267-yard course that has a great finishing hole: the par-5 18th was redesigned to be more of a challenge and features a large stream that protects the length of the green.

Can McIlroy Continue His Hot Streak?

While Rory McIlroy (+600) hasn’t won every big event this year, he’s made his presence felt at most of them. In addition to winning the Tour Championship and two other events this past PGA Tour season, he also contended in and finished in the top 10 at all four majors.

He also has a strong history in this event. While he hasn’t competed in it every year, he won it in 2014 and while missing the cut in his last try here, was fifth prior to that in 2018. Many of Europe’s best have won here multiple times, and McIlroy has a chance to add his name to that exclusive list.

McIlroy’s chief competition—at least according to the odds—are the previous two U.S. Open winners. Jon Rahm (+800) finished off a largely disappointing 2022 season by coming in 15th at the Tour Championship, but he was in contention at the halfway point with a 67 and 63 before finishing with back-to-back 71s. Prior to that, he was fifth at the FedEx St. Jude Championship and eighth at the BMW Championship, so he’s rounding back into form after an average (for him) summer. He also finished runner-up here in 2019 in his only appearance at Wentworth.

Matt Fitzpatrick (+1200) has the best odds of any Englishman, but he has a career-best finish of seventh here in six tries. He’s third in DP World Tour rankings, however, and has the best chance to chase McIlroy down since second-place Will Zalatoris is injured. Since winning the U.S. Open, Fitzpatrick has two top-five finishes in five starts, and he’s had clutch performances on this tour before, winning the DP World Tour Championship in Dubai twice (2016 and ’20).

Shane Lowry (+1800) doesn’t have any trophies in 2022 but has been consistently playing the best golf of his career. He was third at the Masters this year and just missed out on making the Tour Championship despite finishing 12th at the BMW Championship the week before. He’s had success here too over the years, logging six top-six finishes in 12 starts, including a runner-up to McIlroy in 2014.

Viktor Hovland (+2000) was one of the hottest golfers in the world last fall and came in fourth at the Open Championship this year. He was the odds-on favorite in this event last year but came in a disappointing 49th.

The previous two winners here are next: Billy Horschel (+2500) and 2020 winner Tyrrell Hatton (+3000). The latter hasn’t won this year but has been strong in big events and came in 11th at St. Andrews in July. Horschel made a run at the DP World Tour title last year after winning here, but after claiming victory at The Memorial on the PGA Tour in June, he’s missed three cuts in five tournaments and was 21st of 30at the Tour Championship two weeks ago.

Also at +3000 are Talor Gooch and Patrick Reed, two LIV Golf pros who are allowed to play in this event because the DP World Tour has not banned golfers from LIV like the PGA Tour has. Gooch was the co-leader going into the final round of the LIV event in Boston last week but settled for a sixth-place finish.

DP World Tour regulars are pushed down the odds board this week, but Ewan Ferguson (+6000) can contend with the season he’s having. He has a win and a runner-up in his last three starts and also recorded another win earlier this year. As additional motivation, qualifying for the 2023 Ryder Cup begins with this event, so it’s a great spot for Ferguson to break through on a bigger stage.

It’s a quick turnaround to expect another win from McIlroy after his dramatic victory at East Lake two weeks ago, but we like Rahm’s form. After that, the winner may come from further down. Lowry and Hatton have good value, as does Adam Scott after a nice run to reach the Tour Championship.