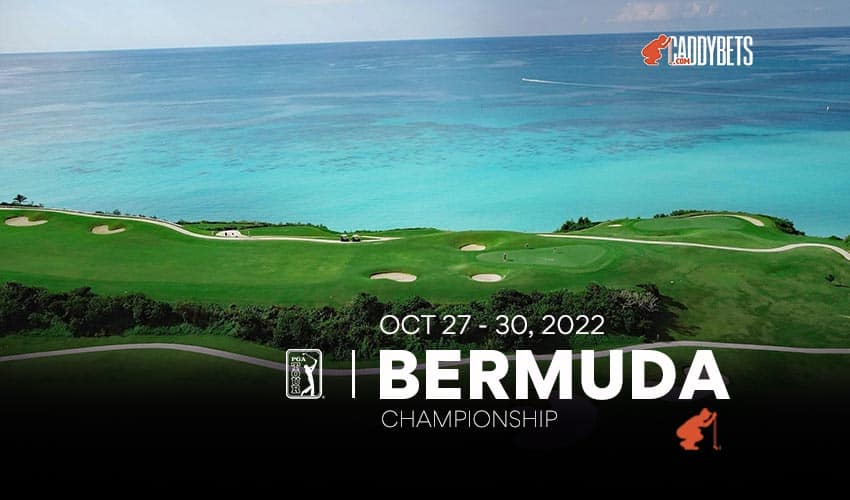 Just six of the players who were in last week’s CJ Cup have made the trip to Bermuda, as many took part in the last three PGA Tour events with significant miles between each stop: Las Vegas, Japan, and South Carolina.

That leaves a wide-open field to compete for 500 FedEx Cup points and full winner’s privileges, including a berth into the Masters, at this week’s Butterfield Bermuda Championship.

This is the fourth year of the event, and just one former champion is in the field—2020 winner Brian Gay. Defending champion Lucas Herbert and 2019 winner Brendon Todd are not competing this weekend.

Port Royal Golf Course in Southampton Parish has been the host of this event since its inception. Todd holds the course record of a 24-under 260 set in the inaugural edition of the tournament. The winning scores the past two years have been -15.

The differences in those winning scores can be attributed to the wind, which can either make this coastal course docile or a beast. Golfer Aaron Wise has said that a drive can go 50 yards longer or shorter than it did the day before depending on how the wind is blowing.

The course is the second-shortest on the PGA Tour at 6,828 yards and is a par 71, but it can obviously play longer on a windy day. The par-3 16th is a signature hole and a difficult one as well. It measures 235 yards and requires the golfer to fly the Atlantic Ocean on the tee shot.

No Clear-Cut Favorite Means Winner Will Have Value

Many of the top PGA Tour stars competed over the past three weeks, so this leaves a field devoid of the top golfers, giving plenty of value to bettors who can identify the winner in this field.

The narrow betting favorite is Denny McCarthy, who was the highest-finishing golfer of the six who played at Congaree in South Carolina last week (37th). He’s made it point to play in this tournament in all three editions, making the cut all three times—finishing 15th, fourth, and 39th, respectively.

Two European DP World Tour regulars are right behind McCarthy: Adrian Meronk and Thomas Detry at +1600. Meronk is in the top-10 in the DP World Tour standings and has a win along with three other top-three finishes since the spring. This is his first PGA Tour event, as he has only competed in majors over the past two years.

Detry is making a go of it on the PGA Tour this year after earning his tour card at the Korn Ferry Tour Finals. He’s had an impressive fall so far, finishing fifth at the BMW PGA Championship in England and scoring top-12s in two of his three PGA Tour events this year, including a ninth at the Sanderson Farms Championship earlier this month.

Mark Hubbard (+2000) regained his PGA Tour card and Is already playing in his fifth event of the new season. He has made the cut in all four previous starts and was fifth at the Sanderson Farms Championship. He took a week off after placing 66th at the ZOZO Championship in Japan two weeks ago.

Seamus Power (+2000) skipped the trip to Japan and was 49th at The CJ Cup, faltering a bit after two rounds in the 60s by posting back-to-back 74s. He shot all four rounds under par here last year on his way to an 11th-place finish.

Aaron Rai (+2000) has shown some consistency early in year two on the PGA tour. He played well in his first three events of the year after missing the cut in all of them in 2021. He was 62nd here a year ago, so if he continues to show the same improvement, he should have a good result.

Nick Hardy (+2200) is becoming a popular pick after finishing strong on the Korn Ferry Tour last year and making the cut in all three of his events this year, including a fifth at the Sanderson Farms Championship. He missed the cut here last year but rebounded after a first-round 75 to card a 68 in his second round.

S.H. Kim (+3000) is an early Rookie of the Year contender and has made the cut in all four events he’s played in this year. Solid results this month include a fourth at the Shriners Children’s Open and a 13th at the Sanderson Farms Championship.

Russell Knox (+3300) is from Scotland, so he feels at home on this course due to the windy, seaside conditions. He’s finished between 11th and 16th in all three events hear and has a scoring average of 68.33. He’s also in good form this year, as he has two top-25s to start the season.

Alex Smalley (+3300) was 12th here last year but ranked fourth in greens in regulation, so he was able to solve the wind well and just needs a little more luck with the putter. He was 25th at the ZOZO Championship. Also, played last week to a finish of 52nd, so be weary of the traveling he has done as of late.

Ryan Armour (+7000) has great odds for someone who has a par of eighth-place finishes here, and he was 13th at the Sanderson Farms Championship in Mississippi earlier this month.

Garrick Higgo (+7500) was third in that tournament in Jackson, Mississippi, and sat in 10th here after three rounds before falling back a bit to finish 34th.

We’re betting on a first-time winner this week, choosing from Meronk, Detry, Kim, and Hardy. If we can connect, it will be a nice payday!

Here are the latest odds from JazzSports for the PGA Tour’s 2022 Butterfield Bermuda Championship.