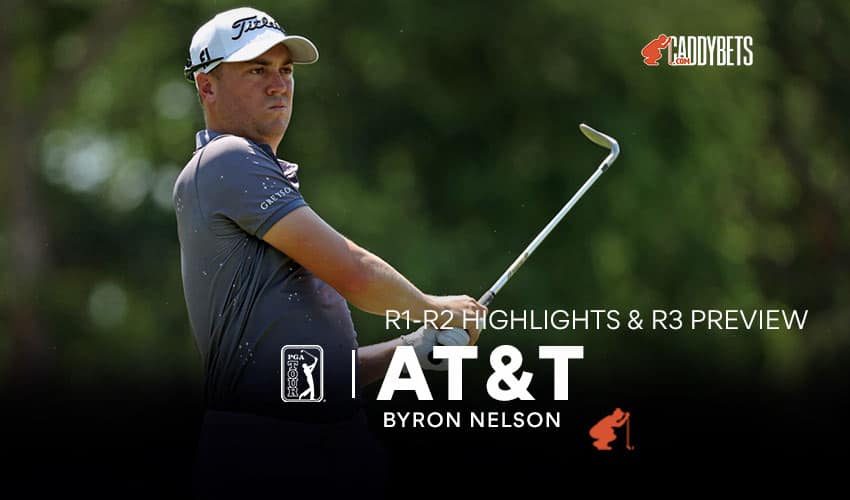 Round One and Two Recap

Opening round with a course record is a pretty good way to start the 2022 Byron Nelson, which is precisely what Sebastian Munoz did on Thursday. Munoz torched the TPC Craig Ranch with a 12-under 60, which is not even his first 60 of the year. However, Munoz also shot a 60 at the RSM Classic, so now he becomes the first player in PGA Tour history with two rounds of 60 in the same season.

But even shooting the course record can hold off a field like this for so long, as Munoz shot a respectable 3-under 69 in his second round, which left the door open for a few hard-charging golfers behind him. Heading into the weekend, Munoz has been joined at the top of the leaderboard by Ryan Palmer and David Skinns, who also sit at 15-under for the tournament.

Palmer has been magical on the par fives, which continued in his second round en route to a 10-under 62 for the day. Palmer has played the eight par fives in 9 under up to this point and is hoping that the hometown meals will be enough to drive him to a win on Sunday. Palmer plays well in his home state. The 45-year-old has once again put his best foot forward in his home state of Texas. Last in contention at the Texas Open in early April; Palmer ultimately fell off the pace over the weekend at TPC San Antonio.

A bit of a surprise is to see journeyman David Skinns at 15-under.

Skinns is the classic underdog story who currently sits at 208th place in the current FedEx Cup standing. So a win here would be life-changing for him.

As we enter the third day of the 2022 Byron Nelson, a whopping 84 golfers made the cut of -5 or better after Friday’s play, so the event will go to threesomes off both sides to get the event in during Round 3. On Saturday, the favorite heading into play is one of the tri-leaders, Sebastian Munoz, at +400, and right behind his Ryan Palmer at +650. Unfortunately, the third member of that leading trio, David Skinns, isn’t getting the same love, as he is listed at +1400, which sits well behind Jordan Spieth as the third choice at +700.

Spieth has been driving the ball well, so even though he is three strokes back at 12-under, look for Spieth to make a run. That also can be said for Joaquin Niemann, who is currently listed at a favorable +1000. Niemann also is at 12-under and very capable of making a run in the third round.