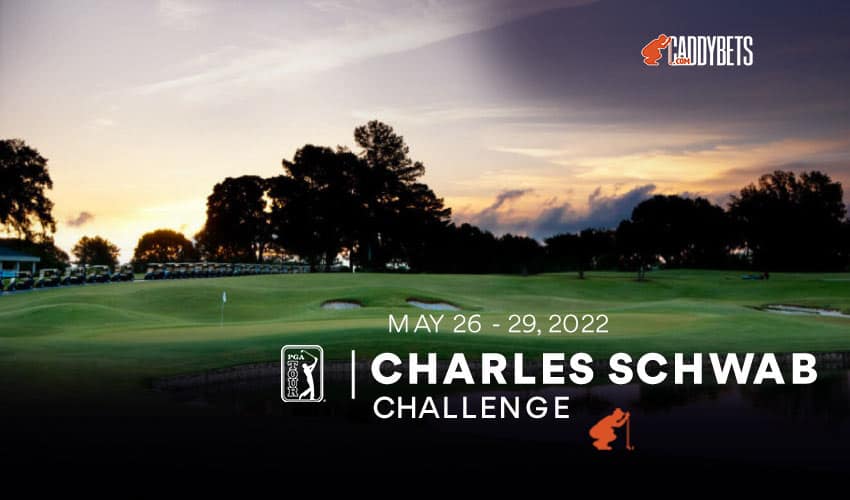 Scheffler Looks to Bounce Back, Zalatoris Trying to Break Through at 2022 Charles Schwab Challenge

While some of the attention will subside, several of the top stars of the PGA Tour head from Southern Hills in Oklahoma back south to Texas for the Charles Schwab Challenge in Fort Worth.

The event, known as the Colonial for much of its history dating back to 1946, is an invitational, meaning that those in the field need to be certain criteria to play. Most involves past event winners, major winners, PGA Tour winners over the past year, and then top positions in the Official World Golf Ranking and FedEx Cup points.

Colonial Country Club was built in 1936 and has hosted this event since its inception. It’s a 7,209-yard, par-70 course that challenges players early. Holes 3-5 are known as the “Horrible Horseshoe” and features the three hardest holes on the course for players in last year’s event. Hole 3 is a par-4, 483-yarder, No. 4 is a monster 247-yard par 3 that also features an elevated green, and the par-4 fifth hole’s fairway cuts through trees on the left and a river on the right.

Thomas and Zalatoris to Duel Again, but Will Have to Contend With Scheffler

PGA Championship winner Justin Thomas is the co-favorite here at +1200. You might think Thomas is due for a letdown after charging hard on Sunday and then playing three playoff holes to win the title, but he’s been incredibly solid all season. He has three top-eight finishes in his last four starts and has a total of eight top-10s in 12 official stroke-play events this year. Thomas also finished 10th here last year after starting the tournament with a 64.

World’s No. 1 Scottie Scheffler has slumped a bit since his Masters win, finishing 18th and 15th in two events before missing the cut at the PGA Championship. He’s returning to his home area of North Texas, where he won the WGC-Dell Technologies Match Play in March, and is also at +1200 this week. On the downside, however, Scheffler has a missed cut and 55th-place finish here in two tries.

Will Zalatoris missed out on his first win last week and dropped to 0-2 in playoffs this season, but he’s still one of the hottest golfers on tour, finishing in the top six in four of his last five events. He sits at +2000 and is the position Scheffler was in back in February before logging his first win after several close calls. It’s just a matter of time before Zalatoris breaks through.

Jordan Spieth (+1200) was on a roll going into the PGA Championship but settled for a finish of 34th place. His two prior finishes were a win at the RBC Heritage and a runner-up at the AT&T Byron Nelson two weeks ago. He loves playing in his home state of Texas, as the Byron Nelson proved, and he has an incredible history at this event. To go along with a win in 2016, he’s finished second three times (including last year) and has only placed outside the top 10 just twice in 10 tries.

Many expected Collin Morikawa to go on a Scheffler-like tear in 2022, but he has yet to do so this season. He comes in at +1500 after losing in a playoff in 2020 and finishing 14th last year. If he can get off to a good start, he will be tough to beat, as he leads the PGA Tour in final-round scoring average with a 67. He’s also had some good results this year despite not winning, including a pair of runner-up finishes and fifth-place runs at the Masters and the Sentry Tournament of Champions.

Max Homa (+2800) has made eight-straight cuts and has a win in that span at the Wells Fargo Championship. Was consistent at the PGA Championship and came away with a 13th place finish after shooting even par.

Sungjae Im (+2800) had to withdraw from the PGA Championship due to a COVID-19 diagnosis, but he’s back, rested, and ready to take his frustrations out on the rest of the field. Im has made five-straight cuts, was eighth at the Masters, and has a win from earlier in the season at the Shriners Children’s Open.

Jason Kokrak (+3500) led the field last year in Strokes Gained: Off the Tee and was first in driving distance on his way to the victory. He also finished tied for third here in 2020. Kokrak won the Houston Open last fall and also scored a win in the unofficial money event QBE Shootout. He hasn’t logged a top 10 in 2022, but he was 17th at the Byron Nelson two weeks ago and 14th at the Masters, so there doesn’t appear to be anything wrong with his game.

Brian Harman (+4000) overcame a 74 on Thursday to go even par the rest of the way at the PGA to finish 34th, and he was ninth in his previous tournament at the Wells Fargo Championship. He has two top-five finishes this year and has a great history at the Charles Schwab Challenge, making eight-straight cuts and recording three top-10 finishes, including an eighth last year.

We’re not sure about Thomas winning in back-to-back weeks and Scheffler’s game is a little concerning, so we’re backing Spieth, Morikawa, and Zalatoris among the favorites. While Kokrak can repeat, if we had to take one longshot, we are going with Harman, but both offer good value given their solid history at Colonial.

Here are the latest odds from JazzSports for the PGA Tour’s 2022 Charles Schwab Challenge.