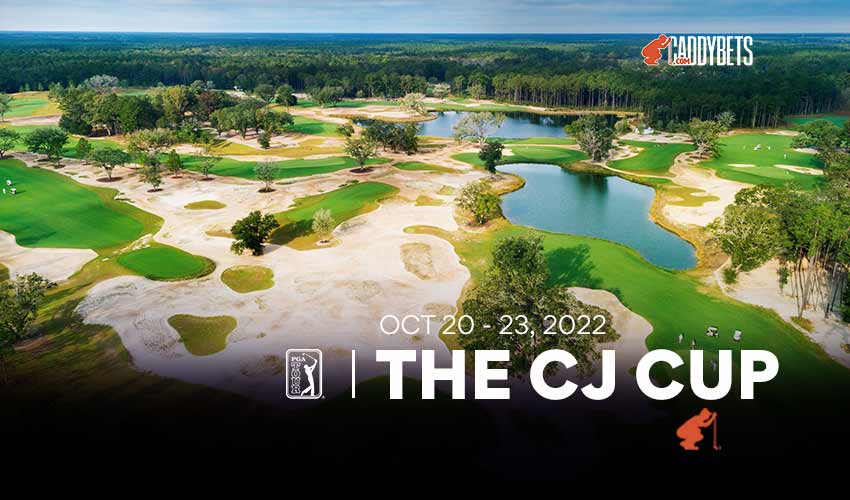 For the third-straight year, the 2022 CJ Cup, a joint venture of the PGA Tour and the Korean Tour, will be held in the United States due to COVID-related travel restrictions. So instead of traveling from Japan to South Korea, players who were in the ZOZO Championship are now back in the U.S. for this year’s CJ Cup at Congaree Golf Club near Hilton Head in South Carolina.

Rory McIlroy, the defending champion from when the event was held at The Summit Club in Las Vegas a year ago, is playing in his first PGA Tour event of the season and has a chance to move into the top spot in the Official World Golf Ranking. The top golfer on that list, Scottie Scheffler, is also making his season debut and is part of a field where 15 of the top-20 golfers are participating.

Included in the field is Justin Thomas, a two-time winner of this event. The other two former champions, Brooks Koepka and Jason Kokrak, are members of LIV Golf and are ineligible to participate.

Congaree Golf Club, which opened in 2017, is a Tom Fazio-designed course that held one PGA Tour event: the 2021 Palmetto Championship, which replaced the RBC Canadian Open on the schedule that year due to COVID travel restrictions in Canada.

The course is long at 7,655 yards and is a par-71 track with three par 5s. It plays somewhat like a links course due to the abundance of sand that golfers will encounter on errant shots. The average score on the course during the 2021 event was 71.743, but that event was held over the summer (rainy season in South Carolina), and the course was slower due to it being saturated. Dry conditions this week will see it play a bit faster.

Despite not playing on the PGA Tour since winning the Tour Championship in August, McIlroy has kept busy on the DP World Tour, where he is vying for that series’ championship as well. In three events since winning the FedEx Cup, McIlroy has finished runner-up once and fourth twice. If McIlroy wins or finishes in second place by himself, coupled with a not-so-great finish by Scheffler, he could take over the top spot in the Official World Golf Ranking.

Jon Rahm (+850), who was No. 1 in the OWGR at this time last year, is also making his season debut after some success in Europe. He was tied for runner-up at the BMW PGA Championship behind Shane Lowry and then won the Open de España by six strokes two weeks ago.

Is third on the odds board and also playing in his first tournament since falling just short at the Tour Championship. Even still, he was voted Player of the Year on the PGA Tour and was third at the BMW Championship before finishing tied for runner-up to McIlroy at East Lake, so it’s not like he slumped at the end of the year.

Justin Thomas (+1600) is a two-time winner of this tournament but is making his debut at Congaree. His game is well-suited for a course that is new to most of the field, and he is coming off a 4-1-0 performance at the Presidents Cup last month.

Sungjae Im (+2200) and Viktor Hovland (+2200) haven’t won since last fall and are both coming off good performances in Japan, where Hovland was fifth and Im rallied for a top-30 finish after a 66 on Sunday at the ZOZO Championship. Hovland also was fifth at the BMW PGA Championship in England and placed fourth at the Open Championship, so he’s had solid results in recent months.

Jordan Spieth (+2500) was last seen playing in the Carolinas while going 5-0-0 in the Presidents Cup at Quail Hollow. The wide fairways and lack of rough here suit Spieth’s game well off the tee. He was eighth on his last links course—at St. Andrews for the Open Championship.

Tom Kim (+2800) has been one of the biggest stories in golf over the past few months, as the 20-year-old has won twice on tour already, including two weeks ago at the Shriners Children’s Open. He played in Japan last week, shooting under par in all four rounds to finish tied for 25th, so he’s had an ambitious schedule.

Max Homa (+2800) has also elevated his game, defending his title at the Fortinet Championship, going 4-0-1 at the Presidents Cup, and was 20th at the Shriners in Las Vegas two weeks ago. The same can be said for last week’s winner, Keegan Bradley (+3500). He has a fifth and a win in two starts this season, but there could be an emotional letdown after he scored his first win in four years last week.

Tyrrell Hatton (+4000) is one of the few players who have some history at Congaree, as he tied for runner-up here in the 2021 event. He finished at -10, part of a six-way tie behind Higgo, who is not in the field for this event.

With the way McIlroy and Rahm have been playing, it will be tough to bet against either of them. We would also favor the likes of Thomas and Spieth over those who played well last week, as those golfers have endured a lot of travel over the past few weeks.