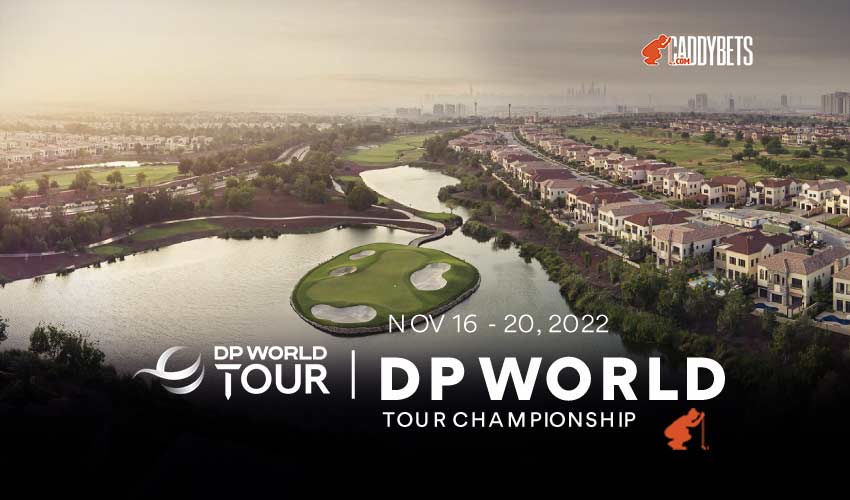 A year ago, McIlroy led this tournament after three rounds, but a 2-over 74 on Sunday, coupled with a -6 by eventual winner Collin Morikawa, sent the Northern Irishman to a sixth-place finish.

Since then, despite some close calls at the majors, McIlroy has won three times on the PGA Tour, including the 2022 FedEx Cup, and regained the No. 1 spot in the Official World Golf Rankings. If he can win here this weekend, he will become the first golfer to win the FedEx Cup and season-long DP World Tour Rankings in the same year.

Besides being the tournament favorite, McIlroy also has the best chance to win the season-long title. He takes the championship with a win or any finish where he ends up ahead of the other challengers. The only other golfer who controls his destiny is Ryan Fox, as a win would also give him the championship regardless of where McIlroy finishes. Matt Fitzpatrick, Tommy Fleetwood, Viktor Hovland, Shane Lowry, and Adrian Meronk all need to win and get some help from McIlroy and the others.

Last year’s winner, Morikawa, is not in the field. McIlroy, Fitzpatrick, and Jon Rahm have each won this tournament two times, and they share the record along with Henrik Stenson.

The Earth Course at Jumeirah Golf Estates in Dubai, United Arab Emirates has hosted this tournament since it was established in 2009 and is par 72, measuring in at 7,675 yards.

Despite being in the desert, the course features rolling terrain, trees, and plenty of water. The long course is punctuated by a 620-yard monster on hole No. 18, which is understandably a par 5.

Stenson set the tournament record in 2013 by shooting a 25-under 263. With the field limited to 50 players, this is a no-cut event.

McIlroy a Heavy Favorite Along with Rahm

Is one of the largest favorites we’ve seen in a while in a tournament filled with some big names. He performed in a big setting by winning the Tour Championship on the PGA Tour and as the favorite to defend titles in Canada and The CJ Cup, and he’s a two-time winner on this course. The only potential drawback is that McIlroy does not have a win in nine DP World Tour starts this year. Of course, it’s not to say he’s struggled—in those nine starts, his worst finish is 12th and he has two seconds, two thirds, two fourths, and a fifth-place finish among them.

Took a sabbatical from golf at the end of 2021, so he skipped this event. He did, however, win in 2017 and ’19 and finish fourth in between in his three visits here. Rahm finished fourth behind McIlroy at The CJ Cup last month his last time out, and in his most-recent DP World Tour event, he cruised to a win at the Open de España in his home country of Spain, so like McIlroy, he’s in great form and has a favorable history on the Earth Course.

The other two-time winner here in the field, has more value attached to his name, but he’s just as favorable as the top two in the field. After winning here in 2020, Fitzpatrick followed it up with a runner-up finish a year ago. Along with a U.S. Open win earlier this year, Fitzpatrick was runner-up at the Italian Open in September but missed the cut in his last DP World Tour event a month ago.

Won on a different course in Dubai in January, part of a hot streak where he won the all-star exhibition Hero World Challenge event and a PGA Tour event in Mexico last October. He hasn’t seen the same success since, but he finished third in his only try on this course and is motivated for a win since a victory and some help could give him the season-long championship as well.

Come in with the same odds and some momentum. Lowry won the BMW PGA Championship in September, and the former Open Championship winner trends up because solid links players have won on this course. Fleetwood successfully defended his title in the Nedbank Golf Challenge last week, snapping a three-year win drought, but he was 27th here last year.

Has great value for the only other golfer who can win the season-long championship with a win and not have to worry about how McIlroy or anyone else finishes. The New Zealander is in top form, winning the Alfred Dunhill Links Championship four starts ago and adding a fourth and a runner-up last week since that triumph. He has two wins and four runner ups on the year, so even though he doesn’t have a history on the Earth Course, he’s been one of the best golfers all season on the tour.

Showed last month at the Italian Open that he can take it to the big boys, beating out McIlroy and Fitzpatrick on the course that will play host to the Ryder Cup in 2023. The Scot also finished fourth here in Dubai last year.

Also has recent experience dueling with McIlroy, falling just short of beating him at The CJ Cup last month in South Carolina. He hasn’t played here in three years, but his length should help him. He won in this part of the world in 2019 and has a runner-up finish and a seventh in his last four DP World Tour starts.

McIlroy has either won or been in contention for the win in all the big events this year, even when he’s favored, so despite little value, he has to be considered over Rahm among the two heavy favorites. We also like Fitzpatrick and value bets on Fox and MacIntyre.