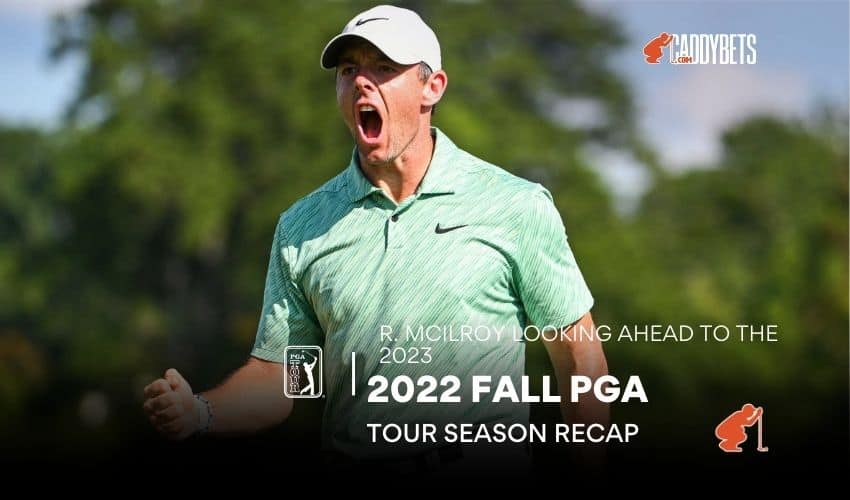 The PGA Tour is switching back to a calendar-based schedule for 2024, so the fall portion of the 2022-23 FedEx Cup season will be the last one in this format: nine events that took place from September to November to see who might be able to carry momentum into the main part of the golf schedule after the new year. Here are five takeaways from the 2022 fall PGA Tour Season.

Many of the top golfers take it easy in the fall, playing just a handful of events (or none, in some cases) that leaves them not factoring into the overall FedEx Cup standings just yet.

The leader of the standings is Seamus Power, who has a win at the Butterfield Bermuda Championship along with two other top-five finishes in six starts. Power’s two other top fives came after his victory in Bermuda, so he ends 2022 as the hottest golfer on the circuit.

Power has 749 points, which is 111 points more than Keegan Bradley (who snapped a four-year win drought with a win at the Zozo Championship in Japan) for second place. MacKenzie Hughes is in third place with 614 points and a win at the Sanderson Farms Championship. But with 500 points given to the winner of each event, these standings can (and will) change dramatically in the new year.

The good news for Power, however, is that no one who led the standings at the holiday break ever missed the Tour Championship at the end of the season, and if Power qualifies for East Lake, it will be his first time doing so.

The good thing about the way the PGA Tour schedule worked in recent years was that if you finished the previous season on a hot streak, that could carry over into the next year given that only a couple of weeks separate the Tour Championship and the Fortinet Championship in Napa, California.

Outside of FedEx Cup champion Rory McIlroy (we’ll get to him shortly), Tom Kim and Tony Finau perhaps had the most momentum to carry into the new season.

Kim, 20, had a clutch performance at the Wyndham Championship in August for his first-career PGA Tour win in an event that he had to win in order to make the FedEx Cup playoffs. He was 35th in the FedEx Cup final standings, missing out on a berth at the Tour Championship by just five spots.

In his first tournament of the 2022-23 season, Kim logged the second win of his career at the Shriners Children’s Open in Las Vegas, beating Patrick Cantlay by three strokes. The tournament also saw Kim lead a contingent of four South Korean golfers in the top 10, including defending champion Sungjae Im. Kim followed that win up with a 25th at the Zozo Championship and an 11th-place effort at The CJ Cup.

Finau will be a golfer that everyone will be watching in high-profile tournaments this winter and spring. After snapping a five-year winless streak with a win at The Northern Trust in the 2021 playoffs, Finau didn’t log a top-10 finish in ’22 until placing runner-up to Jon Rahm at the Mexico Open in May.

While he didn’t have a great performance in the remaining three majors, Tony Finau was one of the hottest golfers from that point on. He placed runner-up to McIlroy at the RBC Canadian Open in June and then won in back-to-back weeks in late July at the 3M Open and Rocket Mortgage Classic. He was fifth at the FedEx St. Jude and ninth at the Tour Championship.

After helping lead the U.S. team to a win at the President’s Cup, Finau surprisingly missed the cut at the World Wide Technology Championship at Mayakoba. He rebounded, however, to win the following week at the Houston Open.

McIlroy Setting Up for a Huge 2023

Rory McIlroy nearly did it all in 2022. He won three times in the 2021-22 season, including picking up his third FedEx Cup in winning the Tour Championship. He also claimed the season-long title on the DP World Tour, making him the first golfer to win both series’ championships in the same year.

The only thing that eluded McIlroy was a major victory, but his finishes at the majors in 2022 were as follows: 2, 8, 5, 3. The Northern Irishman stated that ending a drought from 2014 at the majors is at the top of his list of goals for 2023.

The final accomplishment of the year for McIlroy was winning in his only PGA Tour start of the fall, successfully defending his championship at The CJ Cup. The win there also moved him ahead of Scottie Scheffler in the Official World Golf Rankings, making McIlroy the No. 1 golfer in the world going into 2023.

Looking Ahead to the Masters

The other big news this fall was that the Masters will not change its eligibility requirements, allowing golfers who joined the LIV Golf circuit to play alongside PGA Tour stars in Augusta this April. This means that McIlroy, defending champion Scottie Scheffler, Justin Thomas, Jon Rahm and others will tee it off with 2020 champion Dustin Johnson, three-time winner Phil Mickelson, 2022 Open Championship winner Cameron Smith, and others. And don’t forget about Tiger Woods, who will likely be a part of the field for the second-straight year.

Looking ahead to what should be a Masters tournament that gets even more attention than it usually does, odds are already available for the event. McIlroy, who finished second to Scheffler last year, is the betting favorite to Scheffler, Rahm, and Thomas. Smith and Johnson are the LIV golfers with the most-favorable odds.

Here are the latest odds from JazzSports for the 2023 Masters Tournament.

Ready for more Golf action? Sign up to get a 50% Sports Welcome Bonus and get the latest Golf Wagering Odds by Jazzsports.