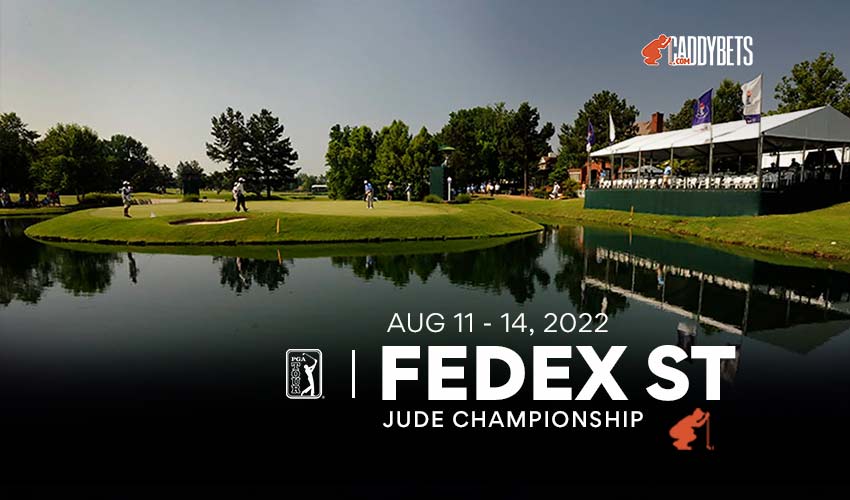 Rory McIlroy came away with top 10s in each of the four majors this year and is the betting favorite over the winners of those events—Scottie Scheffler, Justin Thomas, Matt Fitzpatrick, and Cameron Smith—for the 2022 FedEx St. Jude Championship this week at TPC Southwind in Memphis, Tennessee, which is the first of three events in the 2022 FedEx Cup playoffs.

This tournament takes the place of The Northern Trust, which was won by Tony Finau last year at Liberty Golf Club in New Jersey. This event in Memphis dates back to 1958, when it was known as the Memphis Open. The tournament has taken place at TPC Southwind each year since 1989.

Justin Thomas won here in 2020, but the other three of the previous four winners on this course are not in the field, as they are a part of the LIV Golf series and were thus ineligible for this event. Those three winners were Abraham Ancer (2021), Brooks Koepka (2019), and Dustin Johnson (2018).

LIV Golf members were not allowed in the field, so 121 golfers will tee it up this weekend, and the top 70 in the FedEx Cup standings after this event will advance to next week’s BMW Championship.

TPC Southwind was built on a former dairy farm in 1988 and was designed by Ron Pritchard with help from former major winners Fuzzy Zoeller and Hubert Green. The par-70, 7,233-yard course features plenty of natural water hazards. In fact, the two par-3 holes on the back nine present serious challenges to players. The 162-yard 11th hole is an island green (but with some bunkers allowing for some shots that are a bit off), and the 14th is 239 yards and any shot that’s short or right will get wet.

While Rory McIlroy (+1100) didn’t win a major this year, he does have two PGA Tour wins this season and is sixth in FedEx Cup points. McIlroy leads the PGA Tour in scoring average (68.595), leads in Shots Gained: Total, and is second in driving distance at 319.4 yards. He’s won twice this year, missed one cut in 13 events, and has eight top 10s on the season. He shot -10 at TPC Southwind last year, finishing 12th in that WGC event. McIlroy was also fourth on this course in 2019 and seventh in 2012.

Scottie Scheffler (+1400) hasn’t won since the Masters, which capped a run of four wins in six events, but don’t be fooled that he’s slumping. He wasn’t in top form in the Open Championship and Genesis Scottish Open, but links may not be his strength. He was tied for second at the U.S. Open in June and had a solo runner-up at the Charles Schwab Challenge two weeks before the U.S. Open.

Tony Finau (+1500) is technically the defending champion and is also on a two-tournament winning streak, having won the 3M Open and Rocket Mortgage Classic last month before taking last week off. Finau missed the cut at the U.S. Open but has top-five finishes in four of his last seven tournaments. In four tries in Memphis, however, Finau’s best finish is 34th.

Cameron Smith (+1600) hasn’t played since his win at the Open Championship and comes into this event with tons of momentum on a course he’s fared well at. He shot a 62 here in the second round of the WGC event here in 2018 and finished fifth, and he also reached a playoff in The Northern Trust last year. Smith has three wins in 2022 (including the Open, The Players Championship, and a win at the Sentry Tournament of Champions that saw him shoot a PGA Tour record 34-under par), but rumors are swirling that he will be joining LIV Golf after the playoffs.

Justin Thomas (+1600) won here in Memphis in 2020 but has cooled a bit since a hot spring. After a top-five finish at the Byron Nelson, winning the PGA Championship, and finishing third at the RBC Canadian Open, Thomas’s last three events are 37 (U.S. Open), missed cut at the Genesis Scottish Open, and a 53rd at St. Andrews.

Patrick Cantlay (+1800) is the defending FedEx Cup champion, and while he doesn’t have an individual win this year—his victory came with Xander Schauffele in the Zurich Classic of New Orleans team competition—he has put up tremendous results as of late. After missing the cut at the PGA Championship, Cantlay has three top fives in six starts and a finish no worse than 14th. He finished 12th here in 2020 and finished strong last year after a rough start, closing with a combined -8 on Saturday and Sunday.

Matt Fitzpatrick (+2000), the U.S. Open champion, is well-rested after the Open Championship and comes to TPC Southwind with two top-six finishes in his last three turns here.

Not a huge longshot, but Sungjae Im (+3000) is on a bit of a hot streak, coming in second place in his last two tournaments—once to Tony Finau and last week to Joohyung Kim at the Wyndham Championship.

Cameron Young (+3000) doesn’t have a history here, but that hasn’t stopped the likely PGA Tour Rookie of the Year from having spectacular finishes at other courses this year. He’s had three runner-up finishes since May, including two in a row (the Open Championship and Rocket Mortgage Classic) going into this event.

Billy Horschel (+5000) won the Memorial this year and has an impeccable record at TPC Southwind: no missed cuts in eight tries with five top-10 finishes.

Scheffler has such a big lead in the FedEx Cup points, he seems to be more focused on a good finish, so he may not contend for the win here. McIlroy has been on a mission all season, so he’s worth backing along with Smith and Cantlay, and for some bigger payers, take fliers on Young and Horschel.