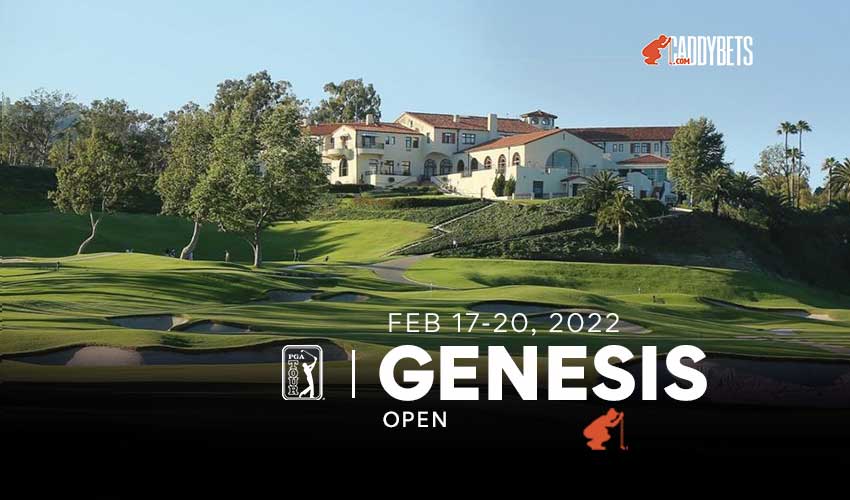 For the first time since last year’s Tour Championship, each of the top 10 in the Official World Golf Rankings are in the field for the 2022 Genesis Invitational at Riviera Country Club in Pacific Palisades, California to wrap up the PGA Tour’s West Coast swing. It’s only fitting that the stars descend on the Los Angeles area a week after the NFL’s Super Bowl was played in Southern California.

The event—traditionally known as the Los Angeles Open—dates back to 1926, and the record books are littered with golf’s biggest names. Multiple-time winners here include Phil Mickelson, Fred Couples, Tom Watson, Sam Snead, Ben Hogan, and Arnold Palmer. In recent years, Bubba Watson has been the most dominant golfer here, as he’s won in 2014, ’16, and ’18.

The event bounced around different courses in the area for the first 60 or so years of the tournament, but each edition except one (1998) has been held at Riviera since 1984. The course has also hosted the U.S. Open and will be the site of the Olympic tournament in 2028.

Riviera hosts the event for the 59th time. The course is a par-71, 7,322-yard track. It hosts tight fairways with challenging rough, so accuracy is vital. The par-5 first hole is just 495 yards, so expect plenty of golfers to go for an eagle to get their rounds off to a good start. Then the par-4, 488-yard second hole is the hardest on the course, so it provides an interesting dynamic early on. The fairways are also made from sticky Kikuyu grass, which makes it difficult for players to execute bump-and-run shots.

Max Homa is the defending champion, winning at 12-under in a playoff against Tony Finau. The course record is a -20 264 by Lanny Wadkins in 1985.

The top of the odds board reads as one would expect in a tournament where all of the top 10 golfers in the world are taking part. Jon Rahm, the world’s top-ranked golfer, is the favorite at +900. Rahm wasn’t much of a factor at the WM Phoenix Open last week, but he still finished in 10th place, four shots off the lead. He has a third and a runner-up finish to his credit this year as well, and with a fifth-place finish here last year, this could be the spot for the Spaniard’s first win of the season.

Has had no letdown after winning back-to-back events last summer to take the FedEx Cup. What more can be said about Cantlay’s play this year? He lost in a playoff to Scottie Scheffler at TPC Scottsdale last week, and his worst finish in four events has been ninth at PGA West. He was fourth at Rivera in 2019 and has a worst finish of 17th on this course.

This is the first time since the 2007 Wells Fargo Championship that each of the world’s top-10 golfers have played in an event that wasn’t a major, a WGC event, The Players Championship, or the Tour Championship. A look at the odds board reflects that, as major stars can be had at great prices.

And still smarting after giving up a four-shot lead here in 2019 and having to settle for second place. He’s missed the cut in the two events since at Riviera, but he was eighth at the WM Phoenix Open last week and has four top-10 finishes in six starts this season.

Unless you follow the DP World Tour (formerly the European Tour), you haven’t seen much of Collin Morikawa recently, and he can be had for +1800. But he’s back on the PGA Tour since back-to-back fifth-place finishes in Hawaii. He was second at The CJ Cup earlier this year and lost a big lead at the Hero World Challenge to finish fifth. This is a good price for a golfer who has the pinpoint accuracy necessary to win here.

Has also been on the DP World Tour and if not for a couple of bad rounds, could have at least one win under his belt. He’s on the PGA Tour for the second time this season, and the first time was a win at The CJ Cup. He’s a regular at this event and has been in the top five in two of the past three years.

Was in contention all week at TPC Scottsdale and ended up tied for third despite a poor performance on the greens (he led the field in GIR and in Shots Gained: Tee to Green). That accuracy could serve him well at Riviera, and if his putting improves to just average, he could win.

Hot streak where he had won three of his previous five events came to an end when he missed the cut at the WM Phoenix Open. It was his second year of doing so, so TPC Scottsdale just may not be for him. Meanwhile, Hovland finished fifth in his first shot at Riviera last year, so a bounce-back effort is likely, and the +2200 price is good.

We mentioned that Bubba Watson is a three-time winner here, last doing so in 2018, and he was runner-up at the Saudi International just two weeks ago against a strong field. He’s worth a shot at +4000.

He won the season-opening Fortinet Championship in Napa in Northern California, and he’s had a couple of decent runs since, including a 14th at the WM Phoenix Open last week. Last year’s win wasn’t a fluke either, as he finished fifth here in 2020.

Has three top-11 finishes in California events this season, including a win last month at The American Express at PGA West. Couple that with a third-place finish here in 2019, and that’s good credentials for someone with such long odds.

Cantlay, who is from the area, seems poised for a win after coming so close last week. We also like the value that Morikawa and Hovland provide this week, and Watson’s track record here (and a recent surge in his play overall) is tough to ignore, making his +4000 odds quite tempting.

Join us to receive our daily Golf content and make sure to stay tuned for 2022 Genesis Invitational updates, golf news, and PGA Tour schedule.