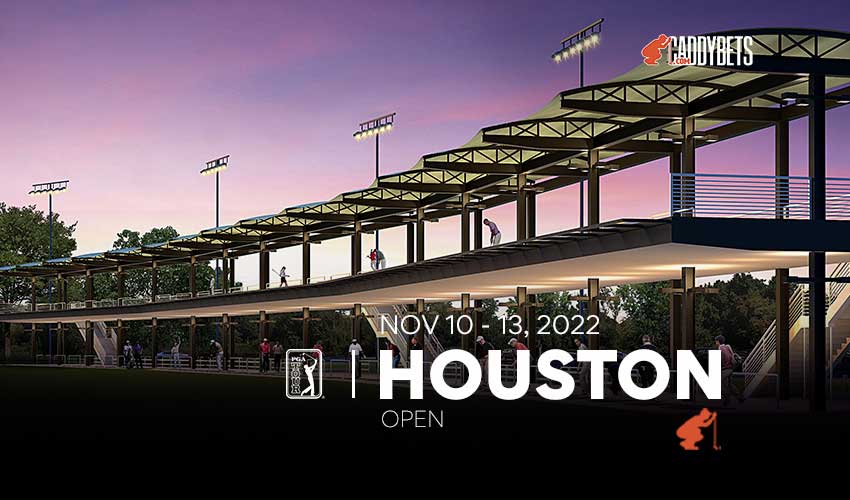 It appears that Scottie Scheffler isn’t taking losing the No. 1 spot in the Official World Golf Rankings lightly.

After Rory McIlroy took over the top spot with a win at The CJ Cup last month, Scheffler is again knocking on the door after coming in third place at the World Wide Technology Championship at Mayakoba last week. The Texan comes into the 2022 Houston Open as the betting favorite after a runner-up finish here a year ago.

The event dates back to 1946 and has been played annually with the exception of 1948. The most recent winner in the field is Russell Henley, who won here in 2017 and ironically scored his first win since then in Mexico last week. Of the last four winners, three are in LIV Golf (Jason Kokrak, Carlos Ortiz, and Ian Poulter) and 2019 winner Lanto Griffin is out until 2023 with an injury.

This will be the third time that the Houston Open will take place at Memorial Park Municipal Golf Course. Prior to the 2020 event, the course underwent a $34 million renovation funded by the Houston Astros Foundation and input from Brooks Koepka.

Memorial Park is a difficult par 70 course that players averaged shooting above par on (70.799 as the average round). It features five par 3s and three par 5s, which is unusual. Also expect gusty winds as well into the weekend.

Scheffler Is a Heavy Favorite to Win

Hadn’t begun his run of winning four out of six tournaments from February to April when the PGA Tour was here last fall, but his runner-up was part of the journey that led to that big surge.

After some recent struggles, he switched to an old putter and charged back last weekend in Mexico, shooting a 62 on Sunday to finish third. He also had a 62 in the second round here last year, which is the course record for a single round.

Quietly won three times on the PGA Tour last season and is coming off a seventh-place finish at The CJ Cup three weeks ago, so he’s well-rested. At Memorial Park, Sam Burns has also logged back-to-back seventh-place finishes in the two Houston Opens that have taken place on this course.

Tony Finau Missed the cut at Mayakoba last week, so that could give him just enough rest and a chance to reset his focus for a strong effort this week. He wasn’t awful in Mexico, finishing right on the cut line, and also has gone under par here in four of six rounds since 2020, so he’s got a good chance to bounce back.

Was 15th in Mexico, which was a strong follow-up to a sixth-place finish at The CJ Cup two weeks’ prior. He hasn’t won in four years, but he’s only 26 and been in good form. He was 11th and 26th in previous efforts on this course, and he’s playing better now than he was at this time in either of the last two years. He’s good at avoiding bogeys and ranks highly in Strokes Gained: Off the Tee in tough scoring conditions, which could be the case this weekend.

Is coming off a four-stroke win in Mexico last week. While it’s tough to favor a golfer coming off a win, Henley has won this event before (albeit not in this course), and he didn’t have to sweat much on Sunday. In addition, Henley coughed up plenty of 54-hole leads over the past few years, so now that he closed out a win, an extended hot streak could be in store.

Who won 10 times from 2014-18 but nothing since, is showing flashes of his old form. After missing the cut to start the season in Napa, the Australian was eighth at the Shriners Children’s Open, 11th at The CJ Cup, and 21st last week in Mexico, overcoming an opening-round 73 to close out with a 64-67-66. He also has a seventh at Memorial Park and has fared well on similar-type courses.

Rookie Taylor Montgomery (+2500) is taking the PGA Tour by storm in his rookie year, and that could continue this weekend since he has a good combination of power off the tee and clutch putting. In five tournaments, he hasn’t finished worse than 15th. It’s rare for there to be a sure thing for a good finish, but so far, Montgomery has defied the odds. He was third at the season opener at Silverado and finished 10th last week in Mexico.

Hasn’t played since the ZOZO Championship in Japan, but he dominated the first month of the new season with a ninth at the Sanderson Farms Championship, runner-up at the Shriners, and was ninth in Japan. The only blemish was missing the cut at the season-opening Fortinet Championship, so we’ll see if the nearly month-long break in tournament play keeps him sharp.

Struggled at bit at The CJ Cup, but he has two top-six finishes so far this year and has knocked on the door regularly since joining the PGA Tour full-time last year. He also makes his home in the Houston area, so it’s something of a home game for him.

Outside of Scheffler, there is plenty of value to be had. Based on the third-place finish last week and a chance to get back to No. 1 with a win, it feels foolish not to back Scheffler and then go for some bigger wins with Burns, Henley, Montgomery, and NeSmith.