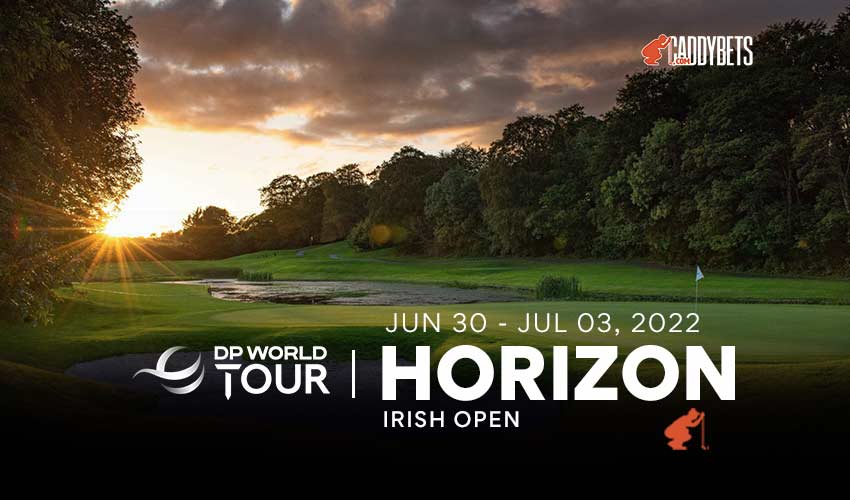 The event takes place at Mount Juliet Estate in Thomastown, County Kilkenny, Ireland for the second straight year even though the venue of the tournament usually changes. It was also held here from 1993-95 when the winners were Nick Faldo, Bernhard Langer, and Sam Torrance.

Despite not winning, Shane Lowry has had a good year on the PGA Tour, and he’s favored to win here at +800. Lowry was 24th at the Dubai Desert Classic in January in his last DP World Tour event, but before he missed the cut at the U.S. Open two weeks ago, Lowry had a solid run on the PGA Tour where his worst finish was 32nd at the Memorial. He was runner-up at the PGA Tour’s Honda Classic in February and was third at the Masters and again the week after that at the RBC Heritage.

Seamus Power (+1200) has been more inconsistent this year, having three top-10 finishes before missing five of his next seven cuts. But he’s rebounded as of late, finishing ninth at the PGA Championship and 12th at the U.S. Open.

Tyrrell Hatton (+1400) has played on the PGA Tour this year, logging a runner-up at the Arnold Palmer Invitational in March. He finished fourth at the Dubai Desert Classic. He didn’t play this event last year but was second at the Alfred Dunhill Links Championship last year and has won the event before, so he’s played well in this part of the world.

Thomas Pieters (+1500) nearly came away with a win at the BMW International Open last week, chasing down Li Haotong in the final round on Sunday before losing in a playoff. He’s fourth in the DP World Tour Rankings and the highest-ranked regular golfer on the tour. He was a solid 12th here last year, finishing at -12 with all four rounds under par.

Defending champion Lucas Herbert has nice odds at +2500. Herbert missed the cut at the U.S. Open but finished 13th at the PGA Championship in May. He also won the PGA Tour’s Butterfield Bermuda Championship last October against a smaller field.

Pablo Larrazabal (+3000) has also been good this year, and last week was no exception when he finished fifth, rebounding after a couple of tough finishes since a torrid April that included two wins. He’s eighth in the DP World Tour Rankings.

Lowry has been in great form, is a former Open Champion, and would love a win in his homeland. We also like Pieters, Ryan Fox, and Larrazabal this week.

Here are the latest odds from JazzSports for the 2022 Irish Open on the DP World Tour.