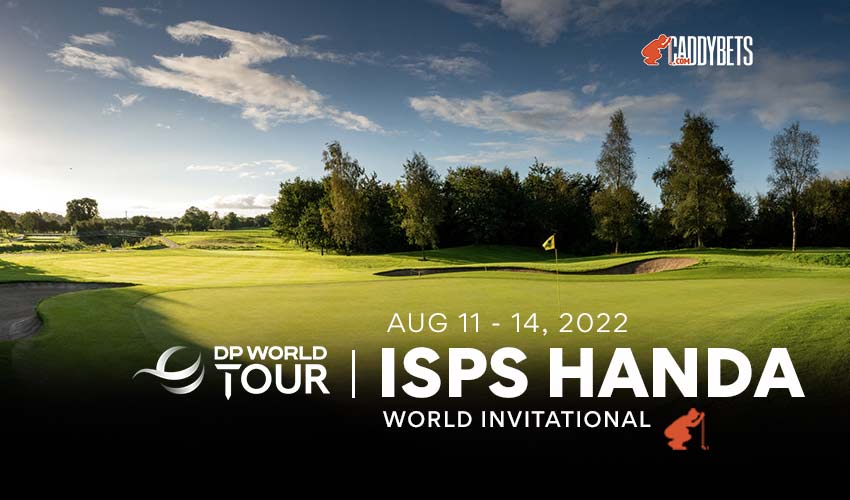 The seven-event tour of the British Isles on the DP World Tour—which included the Open Championship at St. Andrews—concludes this week with the ISPS Handa World Invitational at Galgorm Castle Golf Club in Northern Ireland. The event is being played over two courses concurrent with a women’s event co-sanctioned by the European Ladies Tour and the LPGA.

This is the second year of the event with the inaugural edition being won by Daniel Gavins after he shot a 65 in the final round to erase a seven-shot deficit.

This is the third DP World Tour event to be played at Galgorm Castle, as John Catlin won the Irish Open here in 2020. The event will be played over two courses—Ballymena opened in 1997, while Massereene has more trees, smaller greens, is 200 yards shorter, and opened in 1895. Overall, accuracy will be more important than length on both tracks.

Jordan Smith (+1000) is a heavy favorite here even though he was also the betting favorite last week at the Cazoo Open and missed the cut. After a scorching first half of the year, Smith has cooled a bit, not logging a finish better than 24th in his last four events, but he did finish tied for third here last year (two shots behind Gavins) and tied for seventh here in 2020, so maybe his solid history with the course will help him break out of his slump.

John Catlin (+1800) is high on the odds board due to his win here in 2020 and also finishing fourth at this year’s Irish Open in June. The American finished 54th last week and missed the cut at St. Andrews, so he will be looking forward to getting back to a course where he’s had success.

Johannes Veerman (+2000), another American, is among the next group and struggled in the elite field at the Open and Genesis Scottish Open, but he was 20th last week and 24th at the Irish Open.

Jens Dantorp (+2000) is leading the standings on the Challenge Tour, but with this, not the strongest DP World Tour field, he should have a chance to contend this week. He struggled to a 67th-place finish last week but had recorded three top 10s in a row prior to that, including a fifth at the Hero Open.

This could be the week Smith rounds back into form, especially with the lesser-caliber field. We also like Catlin and Dantorp for three golfers to back.