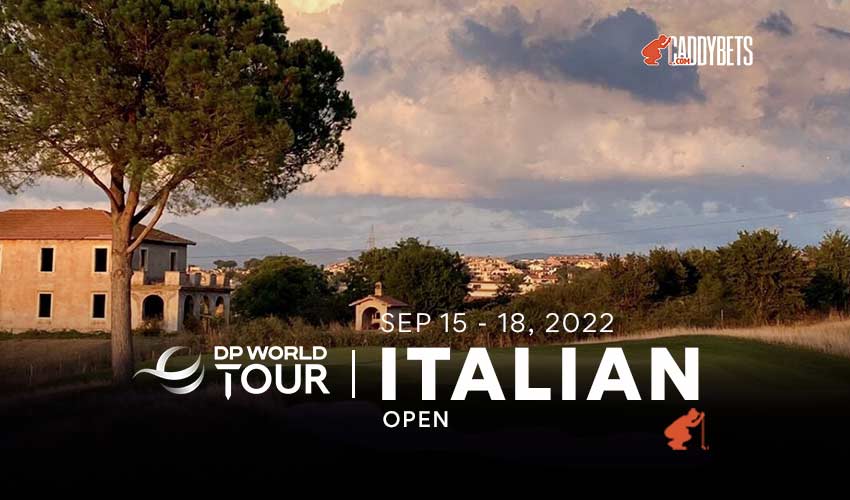 DP World Tour Rankings leader Rory McIlroy will be playing in Italy for the first time in his career and leads a strong field at the DP Automobiles Italian Open this week in Rome. It’s the second-consecutive year that the Marco Simone Golf and Country Club will host the event as it gets ready to welcome the Ryder Cup next September.

McIlroy, along with other Ryder Cup hopefuls like Matt Fitzpatrick, Viktor Hovland, Tyrrell Hatton and more are vying for the championship here in an event that was established in 1925 and has been played annually since 1971.

The golf course at Marco Simone was built in 1989 and refreshed in 2020 in anticipation of the upcoming Ryder Cup. It’s a par-71, 7,268-yard course, and the track has drawn some complaints over several greens that can’t be seen on the approach shot. Greens in Regulation is an important stat here, as last year’s winner, Nicolai Hojgaard, ranked sixth in GIR and the top three in GIR all finished in the top five on the 2021 leaderboard.

Can McIlroy Finish One Spot Better This Week?

Rory McIlroy (+400) nearly won the BMW PGA Championship at Wentworth last week, settling for runner-up when his eagle putt on hole 18 settled inches short of the cup, which would’ve sent the PGA Tour’s FedEx Cup champion into a playoff with Shane Lowry.

McIlroy has been in contention nearly everywhere he’s played over the past several months. Since finishing second at the Masters, McIlroy has come in the top 10 in nine of his last 12 tournaments, including wins at the RBC Canadian Open and the Tour Championship.

U.S. Open champion Matt Fitzpatrick (+900) is listed as the top challenger for McIlroy. Fitzpatrick, however, missed the cut here last year after going off as the betting favorite and also was 42nd at Wentworth last week.

Viktor Hovland (+1200) led the BMW PGA Championship last week going into the final round but shot a 70 to wind up tied for fourth, as Lowry, McIlroy, and Jon Rahm all went low on Sunday to surpass the Norwegian.

Francesco Molinari (+2000) is a home-country favorite and a two-time winner of this event—albeit at different courses; he was 4-under at the halfway point last year before going +4 in the final two rounds to finish 52nd. He’s in decent form as well after finishing ninth at Wentworth.

Adrian Meronk (+3000) tied for runner-up here last year, and even though his recent results haven’t been tremendous, he has shot 10-straight rounds under par, starting with round two of the Open Championship.

Defending champion Nicolai Hojgaard (+7500) has been a feast-or-famine golfer in his young career, meaning that it’s worth a play on him at such long odds given that he’s won here. He has missed his last two cuts but was fifth at the Omega European Masters two weeks ago before sliding to 29th with a final-round 71.

An Italian underdog is Guido Migliozzi (+7500). The popular golfer wants to prove that he can play well on this course to give himself a shot at the Ryder Cup; since missing the cut at St. Andrews, he’s made four-straight weekends with a best finish of 13th last week at the BMW PGA Championship.

Even at a low price, it’s tough not to back McIlroy this week. We also like Molinari, Hovland, and Migliozzi as a longshot.

Here are the latest odds from JazzSports for the 2022 Italian Open.

Follow us on Social Media for more 2022 Italian Open updates.