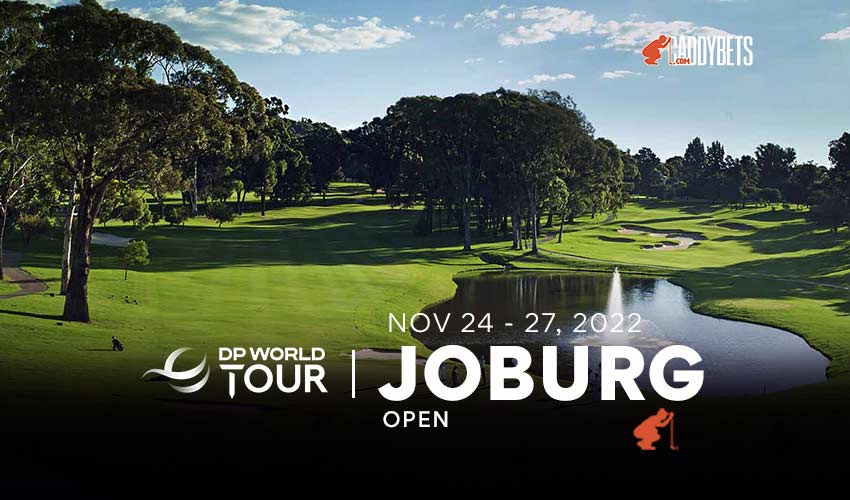 Just one week after the conclusion of the 2022 DP World Tour season, the 2023 campaign gets underway with the Joburg Open, the first of a trio of events in South Africa to start the new season.

This is the 15th edition of the event, and nine have been won by South Africans. Last year’s champion was Thriston Lawrence, who won after just two rounds when a combination of bad weather and the emergence of the omicron variant of COVID-19 forced the tournament to be canceled halfway through.

Houghton Golf Club in Johannesburg plays host to a DP World Tour event for the first time since the 2004 Alfred Dunhill Championship. It’s a par-72, 7,279-yard parkland course with plenty of tree-lined fairways, but the size of the fairways is generous. The course also plays shorter than the yardage suggests because it is nearly a mile above sea level—this causes the ball to travel about 10% farther than it typically would.

With other members of the DP World Tour playing in the Australian PGA Championship this weekend, this field is filled with plenty of the circuit’s top South African golfers. Leading the way is Christiaan Bezuidenhout (+750), who has plenty of wins in his homeland and is striking the ball well. In 2020, he won the Alfred Dunhill Championship and the South African Open and was fifth two weeks ago in the Nedbank Challenge.

There’s also a correlation between Wentworth, where the BMW PGA Championship is held every year in England, and Houghton. Looking at Bezuidenhout’s results there, he has come in the top five in two of three tries, and he also won last month at difficult Valderrama.

George Coetzee (+1400) was the winner here in 2014. He was 44th at the Nedbank but had a fourth-place finish earlier this year in a South African event (MyGolfLife Open at Pecanwood) and was third in the Open de France in September.

Defending champion Thriston Lawrence (+1500) is getting pre-tournament respect here after following his 36-hole win in this event a year ago with another victory in August at the Omega European Masters. He was 13th two weeks ago at the Nedbank and competed in the DP World Tour Championship for the first time, placing 41st last week in Dubai.

Two other South Africans to mention Oliver Bekker (+1800), who has won seven times on the South African Sunshine Tour but is still looking for a title on the DP World Tour. He came close in Spain last spring, losing in a playoff to Adrian Arnaus.

A bit of a longer shot is Hennie Du Plessis (+2800). He placed seventh in this tournament last year and was sixth at Pecanwood in March. In his last DP World Tour event, he placed eighth at the Open de España. He also has a runner-up finish on this tour as well as one on the LIV Golf circuit in June.

It’s tough to bet against Bezuidenhout, even at the short odds. We’ll take him along with Larence and Du Plessis to try and add some value to our wagers.

Here are the latest odds from Jazzsports for the DP World Tour’s 2022 Joburg Open.