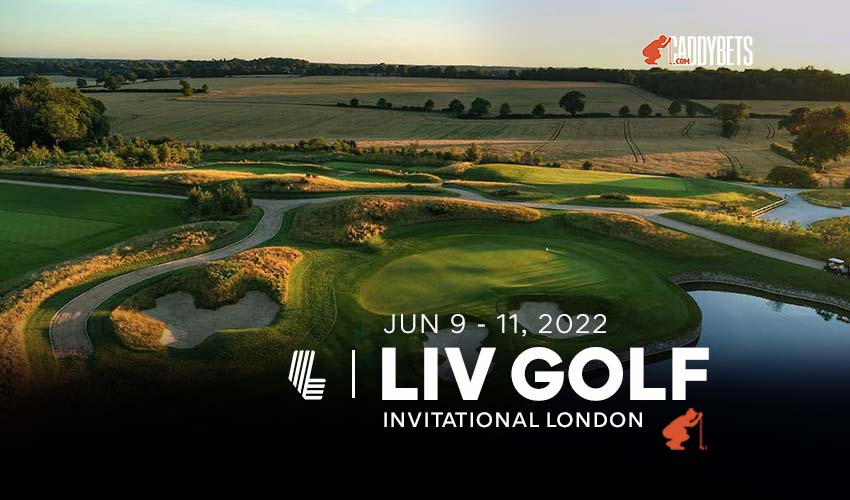 Greg Norman was named CEO of LIV Golf Investments, which is being financed by Saudi Arabia’s Public Investment Fund, and the World Golf Hall of Famer is the public face of the organization. Its ties to the Saudi government, however, have brought with it some controversy.

Leading up to the event, the biggest name thought to be joining the series was six-time major winner Phil Mickelson. In February, comments from Mickelson came out where he called the Saudi authorities “scary” when describing the murder of journalist Jamal Khashoggi but said he would play in the tour to help the overall game of golf and counter the “obnoxious greed” of the PGA Tour.

The comments led to a loss of sponsors for Mickelson, and he also skipped the Masters and PGA Championship before being a late commit to the LIV event.

In a surprise, Dustin Johnson not only committed to play in this event in London, he also resigned from the PGA Tour, where he was the 2020 FedEx Cup champion and a 24-time winner on the tour. In the wake of the change, Johnson also lost a major sponsor in RBC, but it’s been reported that he is receiving $100 million from LIV just to play in the series, so Johnson will come out financially ahead.

Due to a three-round, no-cut format and more lucrative payouts than typical weekly events, many other PGA Tour and DP World Tour players have decided to defy their home tour’s orders and play this week.

Those who haven’t resigned from their respective tours will face disciplinary action for choosing to play in the LIV event without an authorized exemption, but what those punishments will be haven’t yet been announced.

In good news for the LIV golfers, the USGA (United States Golf Association) announced that it will allow LIV competitors into next week’s U.S. Open.

LIV is the Roman numeral for 54, which Norman said represents what a score would be if a golfer birdied every hole and is also the number of holes played in each event on the series. This is a 54-hole, no-cut event that features both individual and team formats at the same time.

In addition to each player in the field vying for the title (and huge $4 million payout), 12 of the field of 48 have been designated as team captains and are drafting teammates before the event. The two best scores from the teams of four in rounds one and two will count toward the team total, and the top-three scores from each team will count in round three. The members of the team with the lowest score for the tournament will split a $3 million bonus, while the second-place team gets $1.5 million, and third place earns $500,000.

Centurion Golf Club opened in 2013 and has played host to some events on the DP World Tour and Ladies European Tour. The course totals just over 7,100 yards and features more woodland than you typically see in United Kingdom golf courses. Trees and woods are in play for holes 1-5, while there are more bunker and water hazards from 6-13, and then finishes back off in the woods for the final five holes.

There has been so much talk about the LIV Golf series, but let’s focus a bit on the action on the course. Even though Dustin Johnson has largely struggled this year after posting a 5-0-0 record in what was possibly his final Ryder Cup appearance, the smaller and less-talented field here makes him a large favorite at +450.

Gooch is likely a better choice at +900, as he won the RSM Classic in November, was seventh at the Arnold Palmer Invitational and finished 14th at the Masters.

Englishman Sam Horsfield, is younger than most competitors in this series at 25 years of age, and is coming off his third DP World Tour event win just last month.

Phil Mickelson hasn’t played since the Farmers Insurance Open in January. While he did win the PGA Championship out of nowhere last year and did claim several PGA Champions Tour wins as well, “Lefty” is a bit of a wild card here due to the layoff. He will also likely want to round into form for next week’s U.S. Open, assuming he will play at Brookline.

Had a tremendous April on the DP World Tour, finishing third and sixth in two events in Spain and was also runner-up at the Limpopo Championship that month. In his most-recent event, he finished 15th at the Soudal Open in mid-May.

Hasn’t made much noise on the PGA Tour recently, but he has performed well at some events, including a 21st at the RBC Heritage and 13th at the Arnold Palmer Invitational. McDowell was also 12th at the Butterfield Bermuda Championship, which featured a less-stacked field for a PGA Tour event.

Oddsmakers have given bumps to Johnson, Oosthuizen, Sergio Garcia, and Mickelson, but none of the four are in form. Johnson has the talent to win, but +450 does not provide good value. We like Gooch and Horsfield and Du Plessis as an underdog bet.