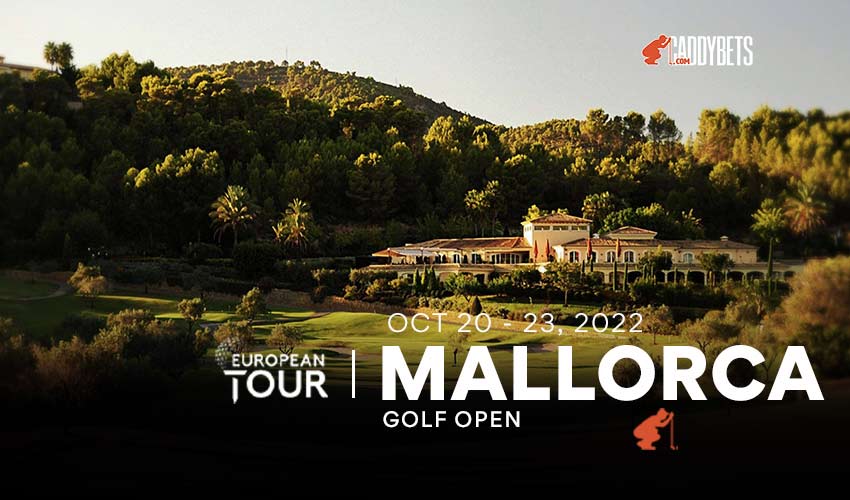 The DP World Tour wraps up its three-week trip through Spain with the second annual Mallorca Golf Open. This year, the event takes place at Son Muntaner Golf Club on the Balearic Islands east of mainland Spain. This will be the first DP World Tour event that the course has held.

Last year at Golf Santa Ponsa, Jeff Winther scored his first victory after maintaining his composure to shoot an even-par 70 in the final round. Prior to teeing off, he had to have his 6-year-old daughter call for help because he was locked in the bathroom of his hotel room.  He’s back to defend his title and is hoping for a bit less drama off the course!

Son Muntaner is a par 71 and a bit on the short side at 6,952 yards, but there’s the length in the par 3s—two of the four are more than 210 yards. It’s an inland course, but water comes into play on six holes.

Rasmus Hojgaard (+1000) and Ryan Fox (+1200) are the betting favorites in this event. Fox has two wins on the circuit this year and is third in overall points—just behind Matthew Fitzpatrick, who is not entered in this event. With three events left until the DP World Tour Championship Dubai, Fox can put himself in an excellent position behind leader Rory McIlroy. He missed the cut by one stroke last week at Valderrama, so he’s well-rested.

Hojgaard has four top-10 finishes in his last dozen tournaments, including a fifth-place effort at the Andalucia Masters last week and a runner-up three starts ago at the Cazoo Open de France.

Spaniard Adrian Otaegui (+1400) dominated the field last week at Valderrama, winning by six strokes on his way to shooting -19, which smashed the tournament record of -12 that was set by Sergio Garcia in 2017 and ’18. Also playing in Otaegui’s favor is that Spanish-born golfers have won all three events played in Spain so far this season on the DP World Tour.

Eddie Pepperell (+1500) and Richard Mansell (+2000) both come into this event in great form. Pepperell skipped last week’s event having made nine-straight cuts, finishing runner-up at the Hero Open and logging two other top-15 finishes in that span. Mansell is second behind Fox with six top-12 finishes in the last six months.

Further down the odds board, Connor Syme (+4000) is worth a look. The Scot doesn’t have a win yet but was solid last week, finished 10th at the Alfred Dunhill Links Championship, and owns a pair of runner-up finishes from back in August.

Jeff Winther and Rafa Cabrera Bello (+5000) are both winners from the Spanish swing last year. Winther has had some success recently, coming in eighth at the Open de France and was 37th at Valderrama. Bello, the winner of the Open de España last year, has had a rough go of it, missing the cut the past two weeks, but is a decent flyer for a home-country pick.

Hojaard and Fox have decent value as favorites, as does Otagui after his dominant performance. Pepperell seems ready to win and is also motivated to secure his spot in the top 50 to qualify for the season-ending tournament in Dubai.

Here are the latest odds from JazzSports for the DP World Tour’s 2022 Mallorca Golf Open.