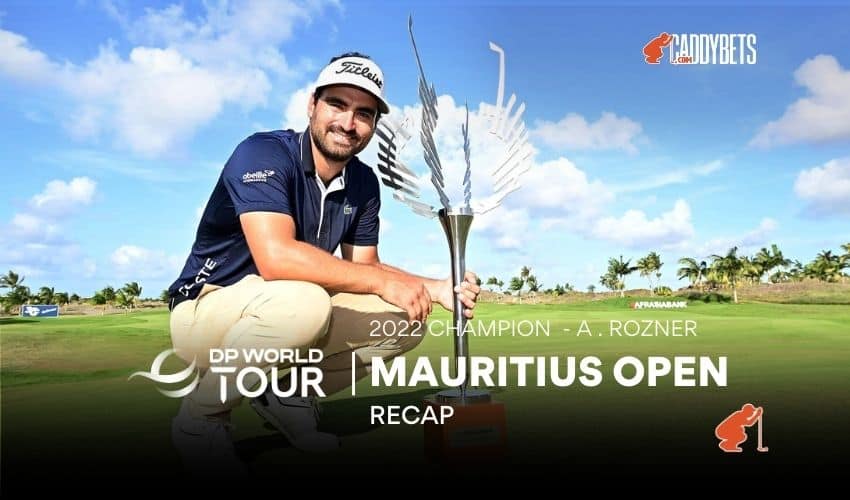 The DP World Tour made its last stop in 2022 with this year’s Mauritius Open. Played for the first time in over two years due to the COVID Pandemic, over 100 of Europe’s top golfers descended on the picturesque Mont Choisy Golf Club in the hopes of landing this nice pre-Christmas prize. Here’s what happened at the 2022 Mauritius Open Recap.

Heading into the week, the consensus was that this year’s Mauritius Open was wide open.

Before a ball was struck we highlighted that one of the class angles of the field could be Frenchman Antoine Rozner. A proven operator at this level, Rozner has previously proved he has the class to go and win tournaments like this, and we marked him out as one to watch.

True to form, Rozner bought his very best golf to this stunning location.

Holding a two-shot lead heading into the final round, Rozner made sure that the title wouldn’t be heading anywhere else.

Making the most of generous scoring conditions on the front nine, the Frenchman blitzed the front nine recordings an eagle and three birdies to extend his overnight lead to five strokes.

Heading into the tougher and more unpredictable back nine, Rozner offered little to his rivals with assured and solid golf – as he finished even par on his closing holes to win by five shots.

Rozner’s victory was made even sweeter as it would have erased painful memories from when he lost in a playoff back in 2019 when this tournament was last held.

Garcia – Heredia, and Brun round out the top three

With Rozner streaking away from the field, the race for a top-three finish was well and truly on. Spain’s Alfredo Garcia – Heredia produced one of the rounds of the day to climb up the leaderboard and finish outright in second place.

2023 looks set to be a huge year on the DP World Tour. After this latest stop in Mauritius, it will be a month before we see our favorite European stars in action again.

The next tournament kicks off in January when the Tour heads to the desert and the lucrative HSBC Golf Championship, this will then be followed by the Dubai Desert Classic.

The defining moment of 2023 for the DP World Tour will be next year’s Ryder’s Cup which is due to be held in Italy for the first time. Europe will be desperate to recapture the trophy it lost so decisively in 2021 and a host of young, emerging European talents will be hoping they will be able to muscle their way into Luke Donald’s final twelve.

As one season on Tour ends, next season already looks like it will be even more exciting. With many of the game’s biggest stars pledging themselves to the Tour, we are bound to see many more memorable highlights in 2023.