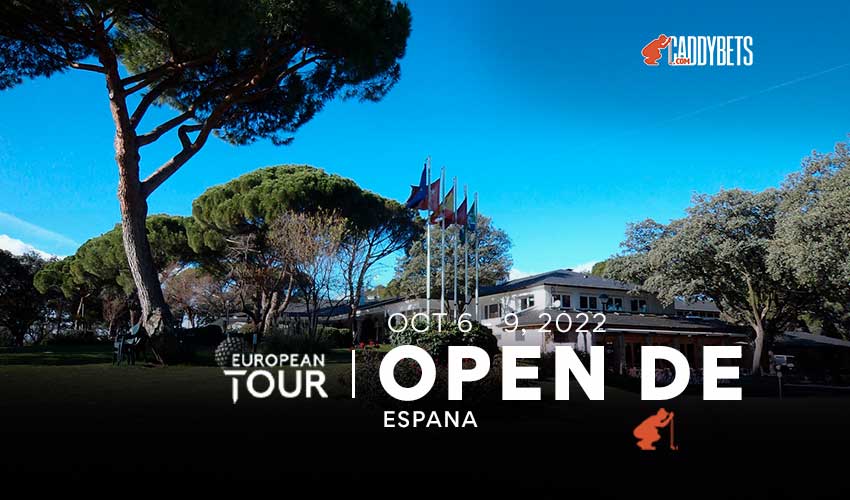 After the national tournaments for Italy and France were held in recent weeks, the DP World Tour descends upon Spain for the Acciona Open de España and is the first of three-straight events in the country.

The last three events have been won by Spaniards—Jon Rahm took home the trophy in 2018 and ’19, and after a cancellation due to the COVID-19 pandemic in 2020, Rafa Cabrera-Bello defeated fellow countryman Adri Arnaus in a playoff last year.

Club de Campo Villa de Madrid hosts the national open of Spain for the 11th time.  The 66-year-old course has tight, tree-lined fairways and small greens—quite the contrast from last week’s Alfred Dunhill Links Championship. Cabrera-Bello won here at 19-under the previous year but the course record stands at -23, set by Raphael Jacquelin in 2005.

Rahm is a Heavy Favorite Despite Tough Finish Last Year

Jon Rahm (+225) came into this event last year as the top-ranked golfer in the world, but after a 17th place finishes here and missing the cut the following week at Valderrama, Rahm took a sabbatical from the game. In 2022, he won the Mexico Open on the PGA Tour but has not had the same level of success he had a year ago despite finishing second at the BMW PGA Championship in his last outing.

He will look to change that starting this week. After winning this event in back-to-back years, Rahm started last year with a 63 and then a 67 to lead after two rounds before carding a combined -1 on Saturday and Sunday. Rahm is trying to tie Spanish golf legend, Seve Ballesteros, with a record third title in this event.

Tommy Fleetwood (+750) comes in without much history here but is in good form, finishing in the top 10 in five of his last nine tournaments.

Adri Arnaus (+1800) nearly scored his first victory on the DP World Tour here last year, but he was able to cash in and win on home soil in April’s Catalunya Championship despite shooting a 76 in the second round of that event. The 27-year-old has proven to not be too big for the moment on his home turf, as he had to win a six-hole playoff over Oliver Bekker to get it done.

The same can be said for Rafa Cabrera-Bello (+2500), who is the defending champion here and also finished runner-up to Rahm in 2019. He missed the cut in Scotland last week and has just one top 10 in his last five starts (ninth at Wentworth), but his history here can’t be discounted.

Grant Forrest (+2500) is someone who combines a good history here (third last year) with good form, as he finished 10th this past week in Scotland and has made the cut in seven of his last nine events.

Rahm’s form as of late doesn’t give much value at the odds he’s at. We would much rather take the value associated with Arnaus and Cabrera-Bello or someone like Forrest or European Masters winner Thirston Lawrence (+3500).

Here are the latest odds from JazzSports for the DP World Tour’s 2022 Open De Espana.