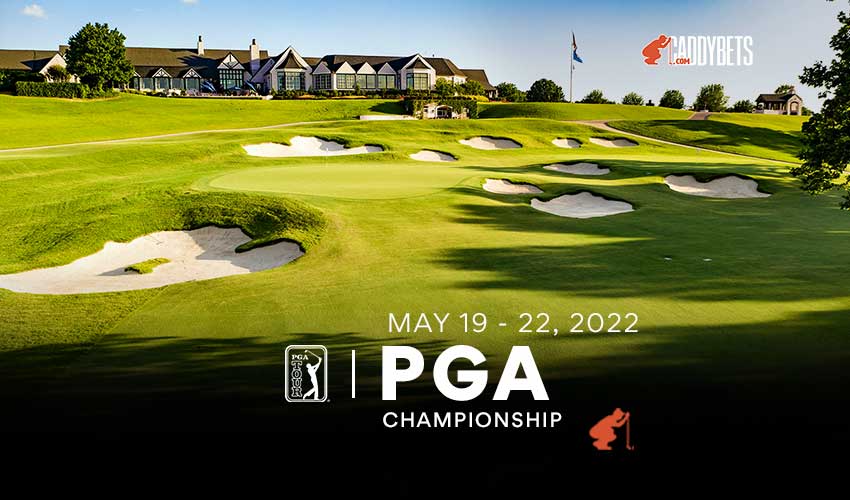 Scheffler Favored Over Rory and Rahm at PGA Championship, but All Eyes Will Be on Tiger Woods

The second major of the golf year is upon us, as the world’s best descend upon Southern Hills in Tulsa, Oklahoma, for the 2022 PGA Championship.

There are a few headlines going into the tournament: can Masters winner Scottie Scheffler keep up his hot streak and win for the fifth time this season? Tiger Woods started strong as the Masters but faded, so will he have more endurance here? And the defending champion, Phil Mickelson, withdrew from this event last week as he continues to be swirling in controversy surrounding the fledgling LIV Golf Investments tour.

Mickelson, at 50 years and 11 months, became the oldest golfer to win a major when he won at Kiawah Island. Jack Nicklaus and Walter Hagen share the record with five PGA Championship victories. Woods stands at four, and his last came at Southern Hills in 2007.

Southern Hills hosts the PGA Championship for the fifth time, and no other course has held the event three times over its 104-year history. It’s about 400 yards longer now than it was when it last hosted the PGA Championship in 2007, coming in now at 7,546 yards and a par of 70. The toughest hole on the course is the final one—a 491-yard par 4. Even after a great tee shot, the approach can be blind going uphill while on a downhill lie, and the sloped green is also guarded by bunkers.

Scheffler Favored to Continue Torrid 2022, but McIlroy and Rahm in Fine Form

Has cooled off slightly since winning the Masters last month, which capped four wins in a six-tournament stretch. Scheffler finished 15th at the AT&T Byron Nelson last week, shooting a 19-under but was seven strokes off the lead. He shot at 64 in a practice round at Southern Hills a couple of weeks ago, so bet against him at your own risk.

Had a terrific fall and January. He was a bit under the radar going into the Masters and still was despite finishing runner-up with a 63 on Sunday because Scheffler had run away with the tournament. McIlroy followed that up with a fifth at the Wells Fargo Championship two weeks ago, so he’s in fine form.

Was the betting favorite at nearly every tournament he entered, but after a strong start to 2022, he was not contending for victories—until he imposed his will on a weaker field to win the Mexico Open earlier this month. With a win to restore his confidence, Rahm could come out and dominate here just like he did at the U.S. Open last year.

After a 2021 that included an Open Championship win, a Ryder Cup win, and a European Tour title, Collin Morikawa hasn’t won in 2022. He and Viktor Hovland seem to be past their hot streaks, so while they are contenders, we may pause on them this week.

Two golfers to watch in this odds range are Jordan Spieth and Justin Thomas. Spieth is just missing a PGA Championship to complete the career grand slam, and Southern Hills suits his game with some forgiving fairways. We declared Spieth back last year but weren’t so sure after a string of tough finishes following a runner-up at Pebble Beach, but Spieth has won (RBC Heritage) and finished in second (AT&T Byron Nelson) in his last two starts, so he comes in with the most momentum of anyone in the field.

Thomas has probably been the most consistent golfer who hasn’t won yet this season, as the 2017 PGA Championship winner was fifth at the Byron Nelson last week, finished eighth at the Masters, and has five other top-eight finishes this season. He’s shot two rounds over par in 11 stroke play tournaments, and he recovered to finish in the top 10 in both of those events.

Went on a run last year to win the FedEx Cup, and he appears to be getting hot again. His last two starts: a runner-up to Spieth at Harbour Town and then a win with Xander Schauffele at the Zurich Classic of New Orleans.

While not a major longshot, just outside of our odds board sits Xander Schauffele at +2500. The 2021 Olympic gold medalist won with Cantlay in team competition and then fired a 61 this past Sunday at TPC Craig Ranch to finish with a top five.

Has won twice this season and was third at the Byron Nelson last week. He wasn’t quite 100% health-wise in March and April, but he appears to be back in form with good value attached to his name.

Has been one of the best golfers on the PGA Tour this year, but his odds are long because of poor performances at majors, where he has yet to crack the top 25 in six tries. He missed the cut at Augusta but has a victory and a runner-up in his last four tournaments, so it feels like a matter of time before things click on the big stage.

Won’t ever have great value attached to his name because casual bettors will flock to him, but no one can question his mental toughness and ability. He was 1-under at the opening round at Augusta before fading, but he made the cut and gained four rounds of experience. He’s won at Southern Hills and has been practicing here regularly over the past several weeks.

The top three here are favored for a reason, and with the shortest odds at +1000, there’s decent value with Scheffler, McIlroy, and Rahm. We also like Thomas, Spieth, and Cantlay along with Schauffele and Matsuyama for top golfers with better value.