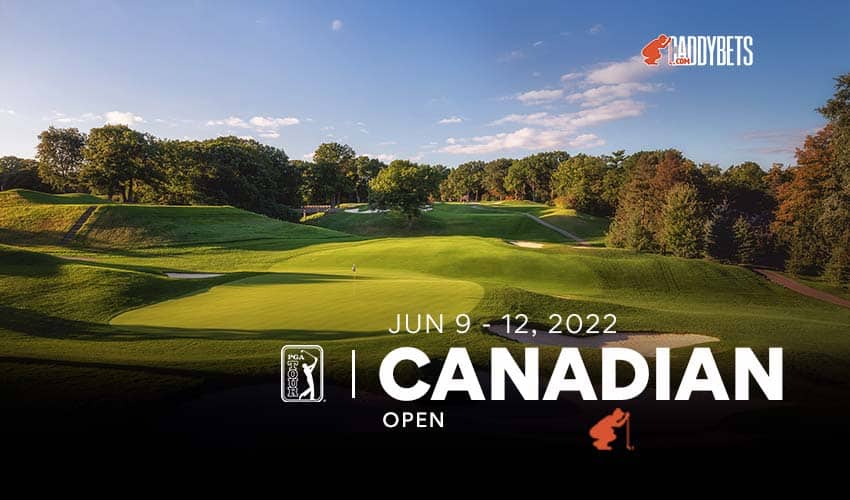 In a week where the golf world has splintered with several stars choosing to play in the upstart LIV Golf Invitational Series, the field for the PGA Tour’s return to Canada for the first time in three years is a strong one that features the top golfer in the world, both major winners this year, and a solid defending champ of this event—even if it was from 2019. Here our RBC Canadian Open preview!

The event dates back to 1904 and has been played regularly despite breaks for World Wars I and II and the COVID-19 pandemic that canceled the 2020 and ’21 editions. It’s the third-oldest continuously running event on the PGA Tour behind the U.S. Open and The Open Championship (British Open).

American Leo Diegel holds the record with four wins, all taking place in the 1920s. Lee Trevino and Sam Snead are three-time winners. Jhonattan Vegas is the only active multi-time winner, having won back-to-back in 2016-17.

This will be the sixth time that the Canadian Open has been held at St. George’s Golf and Country Club in suburban Toronto. The last time was in 2010 with Carl Pettersson claiming victory.

A brutal winter storm necessitated that the greens be redesigned in 2014, and they now reflect the original designs that the course opened with in 1929. It’s an unequal par-70 course that measures 7,014 yards. The front nine is par 34, and coming in is par 36.

Course experts say shots off the tee will be fairly forgiving, but this is a second-shot golf course, as there are no flat lies in the fairways.

The 18th hole was changed from a par 5 to a long par 4 in an effort to make it more challenging for golfers finishing their round. The hole plays uphill the entire way, and the steep green is surrounded by bunkers.

After a brief dip that included a missed cut at the PGA Championship, Scottie Scheffler returned to form but narrowly missed out on his fifth win of the year in a playoff loss at the Charles Schwab Challenge. Scheffler skipped last week’s Memorial to be ready for this event.

Also had a well-earned rest last week. After charging hard on Sunday to win the PGA Championship in a playoff, he missed the cut for the first time all season the following week at the Charles Schwab Challenge. He had over a week to rest and renew his focus to continue his outstanding season, where he’s already had five top-five finishes.

Who set the tournament record in this event in 2019 with a 22-under 258, has a win early in the PGA Tour’s current season (The CJ Cup @ Summit in October). Rory has had strong results as of late, but consistency has been an issue. Despite logging a runner-up at the Masters and an eighth at the PGA Championship, only three of the eight rounds in those events were in the 60s. He was in contention at -5 at the halfway point of the Memorial, but rounds of 73 and 74 dropped him to a tie for 18th by the end.

Is the only other golfer besides Scheffler with more than two wins on the PGA Tour this season, and he picked up win No. 3 two weeks ago with a playoff victory over Scheffler himself at the Charles Schwab Challenge. The one downside for Sam Burns is inconsistency, as in his last six events, he has two wins and a runner-up but also two missed cuts.

Two golfers to watch are Shane Lowry and Matthew Fitzpatrick. Lowry has cooled off a bit after a hot stretch from February to April that saw him finish in the top five on four occasions, but he was still 23rd at the PGA Championship and 32nd at the Memorial after a rough final round of 76. Lowry also finished runner-up to McIlroy in the 2019 RBC Canadian Open but was seven strokes behind the leader.

Fitzpatrick missed the cut at the Memorial by a stroke but has been playing great golf as of late. He was tied for fifth at the PGA Championship and was runner-up at the Wells Fargo Championship. Coming off a missed cut isn’t always a bad thing, as Billy Horschel missed the cut at the Charles Schwab Challenge before rolling to a four-stroke victory last week. Fitzpatrick could be in line to do the same and get his first PGA Tour win.

Appears high on the odds board as the top Canadian in the field. Conners has been solid but not spectacular this year, making the cut in seven of his last eight stroke-play events to go with a third-place effort at the WGC-Match Play event. Conners also finished sixth at Augusta, and he will likely feel similar pressure to perform well in his home country’s national championship.

We’d like to see some more consistency out of Harold Varner III, but he has good value this week. He had three rounds in the 60s at the Charles Schwab Challenge before a 78 on Sunday sent him to a 27th place finish, and he had two top-five finishes in April to go along with a win in Saudi Arabia on the Asian Tour.

Is another Canadian looking to leave his mark on this tournament. He rebounded from a rough May with an 18th at the Memorial last week, shaking off an opening-round 76 to earn a decent finish, and he had three-straight top-10 finishes at The Players Championship, Valspar Championship, and Valero Texas Open a couple months ago.

We don’t like McIlroy’s consistency here, so we lean towards Scheffler and Thomas among the big favorites. It could also be time for Fitzpatrick to become the next first-time winner on tour, and we like Hadwin as an underdog pick.