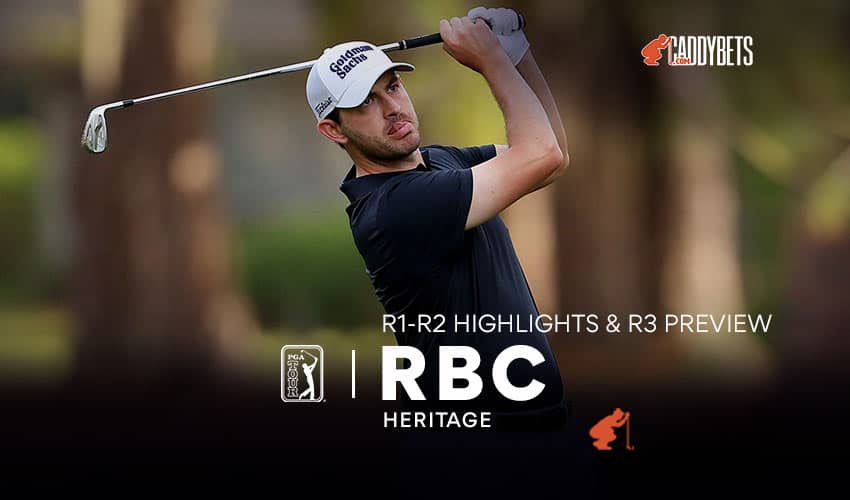 Golf life after the Masters resumed on Thursday at the 2022 RBC Heritage Odds, and while most expected to see Cameron Smith carry over his solid play, it was another Cameron that jumped out to an early lead.

Cameron Young, a 24-year-old rookie on the PGA Tour, shot an 8-under 63 to take the first-round lead in his RBC Heritage debut. Young finished his round with eight birdies in a bogey-free round, which was his first in the 60s in his last 11 rounds dating back to a closing 65 at the Honda Classic more than six weeks ago.

Young finished two shots in front of Joaquin Niemann and three ahead of seven others, including reigning FedEx Cup champion Patrick Cantlay,

Shane Lowry, who tied for third at the Masters last week, and Corey Conners, who was sixth at Augusta National.

One good round does not a tournament make, as Tour rookie Cameron Young found out the hard way on Friday. Young, who shot an impressive 63 on Thursday, could not keep his momentum moving as he shot a 73 on Friday, dropping him three shots behind the leader and dropping his odds to +2000, as projected by Jazzsports.ag. Young currently sits in a tie for third with Joel Dahmen, Cameron Tringale, Erik van Rooyen and Aaron Wise.

We mentioned earlier in the week how important iron play would be at Harbour Town this week. In fact, Strokes Gained: Approach would factor in who would end up in contention come Sunday afternoon, and Friday’s tournament leader, Patrick Cantlay, proved that theory.

Cantlay’s irons play was terrific and, most importantly, accurate as he jumped atop the leader board after his 4-under 67.

The FedEx Cup champion became the clear favorite as his odds to win went to +150, as projected by Jazzsports.ag.

Cantlay birdied the final four holes Friday to take a two-stroke lead over Robert Streb, who also shot a 67.

After dropping back with bogeys on the 11th and 14th holes, Cantlay turned it around on the most challenging stretch at Harbour Town Golf Links with the late birdie run in strong wind swirling off Calibogue Sound.

The run started with a 13-foot birdie putt on 15; he caught Streb a hole later by dropping a 10-footer. Cantlay stuck his tee shot on the par-3 17th within 8 feet for his go-ahead birdie, then rolled in a 21-footer on the par-4 18th to cap off his impressive round.

When Patrick Cantlay plays like this, he is really tough to beat, and this is what we have been waiting for all season. With a course suited for his game, I expect Cantlay to stay in contention all weekend and get a much-needed win under his belt come Sunday evening.

Third round 2022 RBC Heritage Odds have been posted. Patrick Cantlay has been inserted as the favorites, as projected by Jazzsports. ag. In addition, all odds to win the tournament have been updated.