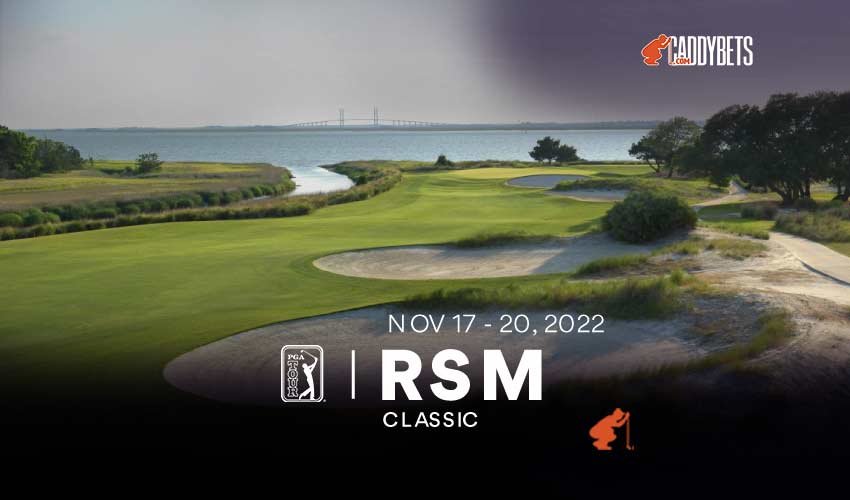 Finau Pulls Out of RSM Classic, Leaving a Wide-Open Field to Contend for Final PGA Win of 2022

The fall portion of the 2022-23 PGA Tour schedule wraps up in coastal Georgia this weekend for the 2022 RSM Classic. This will be the final full-field PGA Tour event until the Sony Open in mid-January, but there are several exhibitions lined up and then the Sentry Tournament of Champions in early January for the previous year’s tournament winners.

Several of the tour’s top stars are competing in the DP World Tour Championship in Dubai—that tour’s richest event of the year—leaving no clear-cut favorite here at Sea Island.

Last week’s winner, Tony Finau, was to compete and likely would’ve been favored to win, but he withdrew due to injury. The 2021 champion, Talor Gooch, will not be defending his title since he now plays on the LIV Golf circuit and is ineligible for PGA Tour events.

The tournament has been played at Sea Island Golf Club since its inception in 2010. Since 2015, the first two rounds have been contested on both the Seaside (par 70) and Plantation (par 72) courses after the field expanded to a full 156 players. Seaside hosts rounds three and four.

The geographical features of the low country come into play here, as the courses have marshes and sandy waste areas throughout. The signature hole on the Seaside course is the par-4, 407-yard 16th. A creek runs along the left side of the fairway, but the further right you go, the longer it is to shoot into the well-protected green. Sand is the main hazard on No. 17, and water is in play throughout the final hole.

With Finau Out, Favorites Have Plenty of Value

This will be a tournament where a bet on the eventual winner will make for a nice payday. University of Georgia graduate Brian Harman (+1700) is narrowly favored even though he hasn’t won a PGA Tour event in over five years. Harman is coming off a runner-up finish at the World Wide Technology Championship at Mayakoba two weeks ago and in 12 rounds this season, he hasn’t over par.

A trio of golfers is at +1800, led by Seamus Power. The Irishman has been a streaky golfer throughout his career, and he’s on a run at the moment. After a rough start to the season, he broke through with a win in Bermuda Championship and followed that up with a third-place finish in Mexico. After taking last week off, he returns to Sea Island, where he placed fourth a year ago.

Was on a roll until he missed the cut two weeks ago at Mayakoba. Before that, last season’s winner at Pebble Beach had a run of five straight within the top 15, which included a fourth at the Shriners Children’s Open. Hoge also finished tied for fourth here with Power in 2021.

Last played here in 2020, where he finished 12th after going under par in every round. The veteran Australian is rounding back into form after piling up 10 wins from 2014-18 but none since. He’s made four-straight cuts, was eighth at the Shriners in Las Vegas, and finished 16th last week with four sub-70 rounds.

The next tier of contenders is at +2500 and includes rookie Taylor Montgomery. His string of top-15 finishes was snapped at five after a 57th last week in Houston, but a third-round 76 caused the unraveling, as his other three rounds were at par or better. This will be the first time, however, that he’s played three weekends in a row, so being a bit travel-weary is something to watch out for.

MacKenzie Hughes (+3000) won earlier this year in Mississippi and returns to the site of his first PGA Tour win, which came in 2016. He nearly did it again last year, finishing runner-up to Gooch. After taking a few weeks off, Hughes posted a 16th-place finish last week, giving him four consecutive top-25 finishes to start the 2022-23 FedEx Cup season.

Matthew NeSmith (+3000), a resident of nearby Aiken, South Carolina, has improved in each of his three tries here, going from 29th in his debut to 14th last year. He was a bit erratic in Houston (74-68-78-68) to finish 53rd, but he had three top-10s in a row before that, including a runner-up at the Shriners Children’s Open.

Is one of the masters here, winning and setting the tournament record in 2015, a runner-up in 2020, and two other top 10s in 11 tries to be the all-time money winner in this event. We haven’t seen much of Kisner this year—just as part of the winning U.S. Presidents Cup team and then finishing just above the cut line in Las Vegas. His last top 10 was at the Travelers Championship in June, but he pulls out some great performances out of nowhere, including a runner-up at the WGC-Match Play last year and a fourth at The Players Championship.

Has made the weekend in six of his seven appearances here, and the missed cut came on the number. He was runner-up in the 2017 edition and is in good form: he’s made the cut in all five events this season and is coming off a 15th in Mexico.

There’s added pressure to pick a winner when there’s no clear-cut favorite, but we have to ride Power’s hot streak. Day hasn’t been close to winning this year, but he’s been solid enough to know a run is coming. Hughes seems overvalued at +3000, and we have to put a flier on Kisner at +5000.

Follow us on Social Media for more 2022 RSM Classic News!