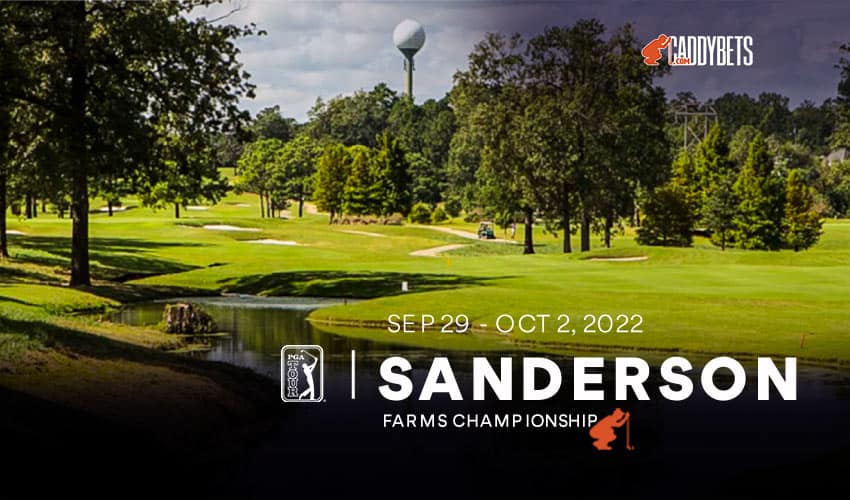 This tournament began in 1968 (as the Magnolia Classic) and was an official money event on the PGA Tour since 1994. It was played against big events for much of that time until 2019, when the event was moved to the second tournament of the new season and is a stand-alone event that gives full benefits to the winner. The purse of $7.9 million is a record—up from $7 million in 2021.

The Country Club of Jackson opened in 1914 and has played the host of the Sanderson Farms Championship since 2014. The 18-hole course that the pros use was redesigned in 2008 and is a par-72 track that measures 7,460 yards. The biggest challenge are tricky greens that are a bit on the smaller side compared to other courses. The final hole is a challenging 505-yard par 4 that doesn’t give a golfer trying to win the tournament any favors.

Burns’ 22-under 266 was the best score shot on this course. He logged a one-stroke victory over Nick Watney and Cameron Young.

Sam Burns (+1100) logged his first-career win in the 2020-21 season, which was at the Valspar Championship in the Tampa area. He successfully defended that title in March, and now he embarks on the first of three title defenses this season. Burns ran into some hot golfers on his way to a 0-3-2 finish at the Presidents Cup but given his experience in already defending a tournament title, the moment should not be too big for him. Burns also has a third-place finish here in 2018.

The rookie began his season last year with an impressive showing here. He led the tournament going into the final round, but his 1-under 71 on Sunday dropped him into a tie for eighth, three shots behind Burns. In the PGA Tour’s opening event of the season two weeks ago, Theegala finished sixth at the Fortinet Championship, so he’s in good form and ready to avenge last year’s final round. Theegala also qualified for the Tour Championship by finishing 13th and 15th in the two FedEx Cup playoff events last month.

The British got hot in late June, starting with a 62 and 64 at the Travelers Championship on his way to a runner-up finish there and followed it up with a win at the John Deere Classic the following week. He’s flown just under the radar since then, finishing no worse than 35th in his next four events and finishing 15th at the Tour Championship. Poston, however, had no advantage in starting strokes, so his -11 would’ve placed him in the top 10 of that event when only considering the 72-hole score.

The American has a great track record here in Jackson, but his final-round 73 last year didn’t give him the result that his game showed in the first three rounds. McCarthy was in second going into play on Sunday last year before settling for a tie for 17th. He owns two top-10 finishes here in four tries along with last year’s superb effort through three rounds, so he figures to be a factor this week.

Stallings had a lot of success this summer, going into the FedEx Cup playoffs with three top 10s and a 13th in his final four regular-season events. He followed that up with a runner-up finish in the BMW Championship to qualify for the Tour Championship, where he ran out of gas a bit and finished 29th. But he’s had a few weeks to recover, and even though he missed the cut here last year, he was sixth in this event in 2020 and hasn’t shot over par at The Country Club of Jackson in his last 10 rounds here.

The British had a disappointing end to the regular season, missing the cut in six-straight events, including the U.S. Open and the Open Championship. But the Austrian rebounded to finish runner-up at the FedEx St. Jude Championship and was seventh in the season-ending Tour Championship. Taking away the starting strokes, Straka had the sixth-best showing in Atlanta and is well-rested going into this event.

Emiliano Grillo (+3500) cut almost a stroke off his average score in his last four starts due to a hot putter. That attribute will help him here, where he’s made the cut three consecutive times and has an average score of 69.92 in those 12 rounds. He finished with a 69 at Silverado to finish tied for 25th two weeks ago.

Remember Harris English (+5000)? After winning twice in the 2020-21 season and making the U.S. Ryder Cup team, English struggled through an injury-plagued season. But he’s healed up and showed it with a ninth-place finish at the Fortinet Championship two weeks ago. His last appearance in the Sanderson Farms Championship netted him a sixth-place finish in 2019.

Davis Thompson (+13000) had an impressive start to his rookie season at Silverado in Napa, finishing tied for ninth and was the co-leader in greens in regulation. If his putter is on the mark, another top-10 finish isn’t out of the question and is worth a look at those odds.

Burns’ success at Innisbrook last year has us looking at another successful defense at decent odds. Theegala and Poston represent good value, and further down, we like Stallings, Straka, and English at an under-the-radar +5000.

Here are the latest odds from Jazz Sports for the PGA Tour’s 2022 Sanderson Farms Championship.