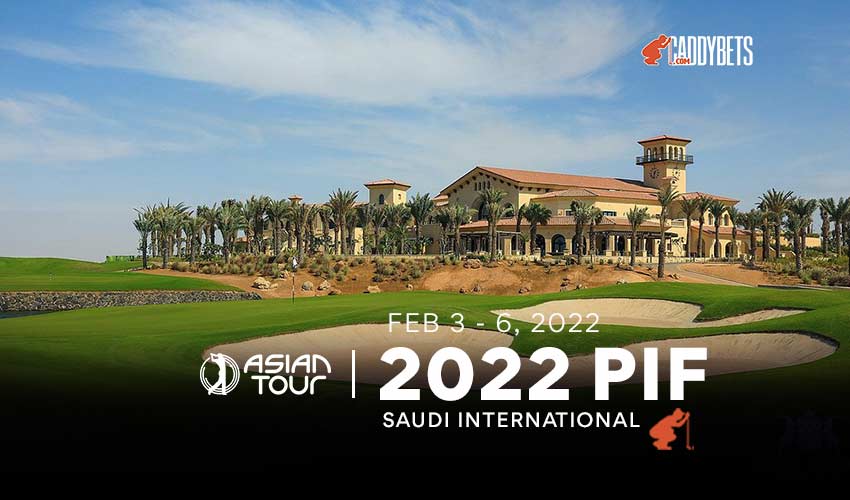 A golf tournament that has made several headlines over the past year is set to take place this weekend, and several PGA Tour stars are competing at the 2022 Saudi International instead of at the AT&T Pebble Beach Pro-Am thanks to exemptions given by the PGA Tour that also required the golfers commit to the event at Pebble Beach over the next several years.

It was announced that this event, which takes place at the Royal Greens Golf and Country Club in King Abdullah Economic City in Saudi Arabia, is part of the Asian Tour in golf, which primarily runs events in mainland Asia and Australia. It will soon be part of a 10-event series called the International Series, which is backed by Saudi Arabia’s Public Investment Fund and headed up publicly by former golf great Greg Norman.

The event has a $5 million purse, but it’s believed that the top PGA Tour stars are being paid appearance fees to play. Twenty of the top-50 in the Official World Golf Rankings are entered in this event, which will be the most star-studded Asian Tour event by far. This is the fourth edition of the event, which had been played as part of the European Tour, with Dustin Johnson winning in 2019 and 2021 and Graeme McDowell winning in between in 2020.

Johnson Favored to Win for a Third Time in Saudi Arabia

Not only is Dustin Johnson 2-for-3 at this event, but in 2020, he was runner-up to Graeme McDowell. As such, he’s a +800 favorite to win again this year. Johnson’s first tournament of the year was the Farmers Insurance Open at Torrey Pines last week, and while he was excellent off the tee, his putting game struggled, and he finished 25th. He is also not far removed from a perfect 5-0-0 run at the Ryder Cup in September.

Going against Johnson is the quality of this year’s field, which is much deeper than in past years. In addition, Johnson has an afternoon tee time on Friday, and some wind is expected to come in late in the day on Friday, which will make things difficult for those on the course at that time.

A whopping five golfers are at +1200, headlined—in our eyes—by Tyrrell Hatton. The Englishman has been on a roll and doesn’t have to make a long trip to get to Saudi, as he’s played the last two weeks in Abu Dhabi and Dubai on the DP World Tour. Hatton finished sixth in Abu Dhabi and was fourth at the Dubai Desert Classic a week ago. Hatton also finished sixth here last year, four shots behind Johnson on the final leaderboard.

Sticking with Europeans playing well, Thomas Pieters (+1500) is worth a follow. He was the winner in Abu Dhabi two weeks ago and was a solid 12th in Dubai. He has won two times in his last four starts on the DP World Tour, with a victory in November’s Portugal Masters on his resume, and he finished 10th in this event a year ago.

Sergio Garcia is a golfer who always plays well when the stars are out. He was 12th here last year and was seventh in his last PGA Tour appearance in Mexico in the fall. He is also coming off a 12th-place finish in Dubai last week, so his game isn’t far off.

The other three golfers at +1200 are Cameron Smith, Xander Schauffele, and Bryson DeChambeau. Smith has played twice this year, winning the Sentry Tournament of Champions against a stacked field (and setting a PGA Tour record of -34 in the process) but then missed the cut the following week at the Sony Open in Hawaii. Schauffele hasn’t been in tip-top form this PGA Tour season, with a best finish of 12th in four official events. DeChambeau has also struggled since losing in a playoff in the BMW Championship last August, and this is a shorter course that doesn’t give a big advantage to the big hitter.

Among the golfers at +2000 is Tony Finau, who was runner-up here last year (tied with Justin Rose) two shots off the lead. Finau won The Northern Trust in the PGA Tour’s FedEx Cup playoffs in August but has struggled since. He best finish this season is 17th and missed the cut at Torrey Pines last week.

If Matthew Wolff can find the form that he had last fall, he’s worth a flier at +5500. Wolff was in the top-11 in three of four events last fall, including a runner-up at the Shriners Children’s Open in Las Vegas, but he missed the cut at The American Express and was 64th at the Farmers Insurance Open last week.

Jason Kokrak and Patrick Reed are both +4000 and have been successful at certain points last fall—Kokrak with a win and Reed with a runner-up finish in Bermuda.

Takumi Kanaya (+6500) is a 23-year-old former No. 1 in the World Amateur Golf Ranking and won an Asian Tour event in 2019 while still an amateur. If you’re looking for an unknown outside of the PGA Tour stars, this would be a good one to back.

Finally, as he showed in the PGA Championship last year, don’t count out Phil Mickelson (+15000), who was third here in 2020 and has the ability to fire off four great rounds.

This is an intriguing field, as the top American golfers here have all moments where they haven’t been impressive this season. Hatton and Pieters both seem worthy of a bet given the way they have played over the past two weeks and are already familiar with that part of the world. Smith also played well against a star-studded field last month in Hawaii, so those are our three favorites.

Get the latest information on the 2022 Saudi International updates, golf news, and PGA Tour schedule. Sign up to receive our daily Golf content and become a winner.