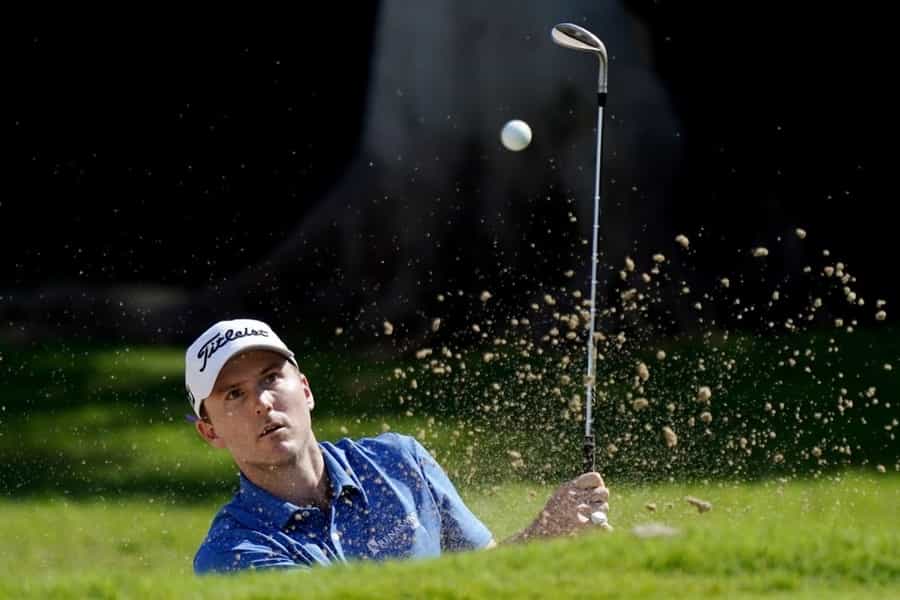 It looks like we could have some drama come Sunday in the final round of the Sony Open in Honolulu, especially on a course like Waialae. This course has a history of players busting out of the pack shooting in the low 60’s, and with a crowded field sitting within striking distance behind the leader, I wouldn’t be surprised to see one of these guys make a move. Here are our 2022 Sony Open Highlights and updated odds to win.

Russell Henley still sits atop the leader board at 18-under par for the tournament, but sitting right behind him is a group of four players at 14-under par, including Seamus Power of Ireland, who birdied his last two holes for a 65, leaving him four shots behind and moved his odds to win the tournament to third at +1200, as projected by JazzSports. Joining the group of four with Power are Matt Kuchar (67) and Adam Svensson of Canada (65), and Haotong Li of China, who was in the mix until a tough finish.

Li, who has been in contention all week, was one shot behind with four holes to play, but Henley then birdied the 15th, and Li fell apart on the 16th hole. He went way right with his shot, some 20 yards beyond the 17th tee. He hacked out short, chipped long, and took two putts for a double bogey. Li’s odds to win the tournament slipped to +2500, as projected by JazzSports.

Henley remains in the top spot heading into the final round on Sunday and remains the favorite at -110 odds, as projected by JazzSports, but only because he made a series of critical putts late in his round Saturday and salvaged a 3-under 67. Putting will be the key to victory on Sunday, and Henley leaned heavily on his putter to get him out of trouble and to maintain his two-shot lead over Masters champion Hideki Matsuyama.

Matsuyama put all types of pressure on Henley by putting up a 63 and even tying him for the lead by dropping a 15-foot birdie putt on his final hole. We talked about how putting would be the key to winning The Sony Open, and Matsuyama proved that on Saturday by dropping putts from everywhere. As a result, Matsuyama improved his odds to win the tournament to +180, as projected by JazzSports, and will be paired with Henley when play resumes on Sunday.

I’m sticking with Henley for a few reasons. One, he’s playing with confidence, and his putting has been consistent. Two, he’s weathered the charge by Matsuyama and didn’t buckle.

He made the putts that he needed and took back the lead heading into play today, and finally, I don’t think Matsuyama will be able to keep up that type of pace. I think it will be a battle to the end, but I can’t expect Matsuyama to drop putts as he did on Saturday.

After Round three of the Sony Open, Russell Henley remains the favorite with -110 odds, as projected by JazzSports.

Sign up and make sure to stay tuned for 2022 Sony Open highlights, PGA news, and PGA Tour schedule

Follow us on Social Media for golf betting odds and more!