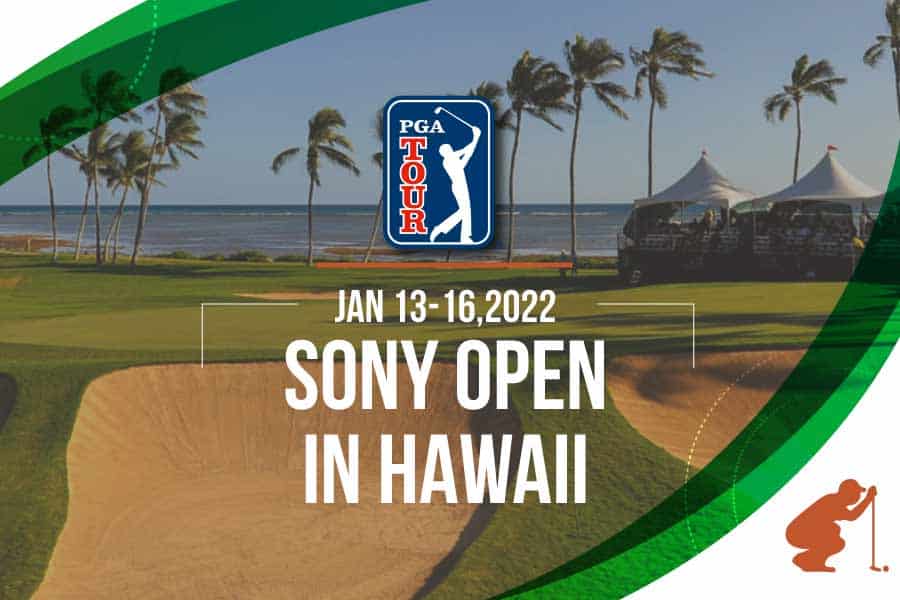 After the Sentry Tournament of Champions last week, some players will stick around in Hawaii for another week while the rest of the PGA Tour members who didn’t win a tournament in 2021 prepare for their 2022 debut at the Sony Open in Hawaii, held at the Waialae Country Club in Honolulu since the tournament’s inception in 1965.

The last four winners here are in the field this year, including 2021 champion Kevin Na and 2020 winner Cameron Smith, who just won the Sentry Tournament of Champions a week ago, becoming one of two golfers (Justin Thomas) to win both Hawaiian events.

Despite the tournament dating back 56 years, there have only been five multiple-time winners of this event, with none winning more than twice. They include Hubert Green, Corey Pavin, Lanny Wadkins, Ernie Els, and Jimmy Walker.

Waialae is a flat course that borders the Pacific Ocean and tends to favor ball striking and putting more than distance. It’s a 7,044-yard, par-70 track, completely opposite of the par-73 course at Kapalua last week. The course pays tribute to famous golf holes around the world, including the road hole at St. Andrews, the National Golf Links of America in Long Island, and the North Berwick Golf Club in Scotland.

It’s not often we see back-to-back winners on the PGA Tour, as it was only done once last season—Patrick Cantlay won the BMW Championship and Tour Championship in consecutive weeks. But after his record-setting performance last week, Cameron Smith (+1000) is the betting favorite here at the Sony Open. Smith not only outdueled the world’s top-ranked golfer in Jon Rahm, but he set a scoring record inn the process; his 34under par winning score was the lowest score against par in PGA Tour history.

Smith finished 62nd here last year but won in 2020. He also finished at 11-under par in three of his last five tournaments here. In the current FedEx Cup season, he has last week’s win, a fourth at the RSM Classic in November, a ninth at The CJ Cup, and a 15th at the Houston Open, putting in in third place in the FedEx Cup standings.

Also favoring Smith (and the other competitors from last week) is that seven of the last eight winners of the Sony Open also played in the Sentry Tournament of Champions the week prior.

(+1200) has done just about everything here except win. He’s 11-for-11 in cuts in this event and has really stepped things up in recent years. He has seven top-20 finishes in a row here, and his last four results: fourth, third, fourth.

(+1400) is someone we have an eye on here. The birdie machine is in top form, with a win in the fall at the Shriner’s Childrens Open and shot four-straight rounds under 70 at Kapalua last week on his way to an eighth-place finish at the Sentry Tournament of Champions against a loaded field. He’s averaging a round of 67 over his career at Waialae, posting two top-25 finishes in three tries.

(+1400) remains in Hawaii after he finished 13th last week in his first official tournament since winning the ZOZO Championship in Japan last fall. He’s got two top-20 finishes in a row here to go along with a perfect 5-for-5 against the cut.

is also +1400 and was third here in 2019. The Canadian who is still looking for his first win on the PGA Tour, is among the best from tee to green, so this is a course that suits him well.

Like Simpson, Marc Leishman has done everything but win here. He’s 12-for-12 in cuts made here with four top-10 finishes and is coming off a 10th-place effort at Kapalua.

is worth a look at +2500. He not only won here last year, but he had a nice 2021, placing runner up at the John Deere Classic and Wyndham Championship before coming in third at the season-ending Tour Championship. Na followed that up with a win at the QBE Shootout, a team event and an unofficial money event on the PGA Tour, which he won with Jason Kokrak.

Is also +2500 after winning the final points-paying event of 2021 (The RSM Classic) and is coming off a 15th place finish in his first attempt at Kapalua last week.

Veteran Charles Howell III (+5500) has just one win since 2007, but he has a superb record here at the Sony Open, making the cut in all 20 appearances and finishing in the top 10 in half of those. He’s coming off his best finish of the year in his last event, a 16th in The RSM Classic at Sea Island.

Kevin Kisner had a rough fall and comes in here at +3000, but he has made seven-straight cuts here and has three top-five finishes in that span. He also finished eighth at Kapalua last week, which indicates that his slump may be a thing of the past.

Matt Jones (+3500) is flying under the radar for someone who shot a -32 last weekend, mainly because Rahm shot a -33 and Smith won at -34. Jones was third in the Sentry Tournament of Champions and finished there with rounds of 62 and 61, including two eagles on the back nine on Sunday.

Top Odds for the Sony Open

We like Smith and Jones to keep playing strong, but it will be tough for Smith to not suffer a bit of a letdown after he led the whole way last week and was pressured by Rahm throughout the weekend. Im is always a strong performer, and both Na and Leishman provide solid value.

Sign up and make sure to stay tuned for Sony Open updates, golf news, and PGA Tour schedule