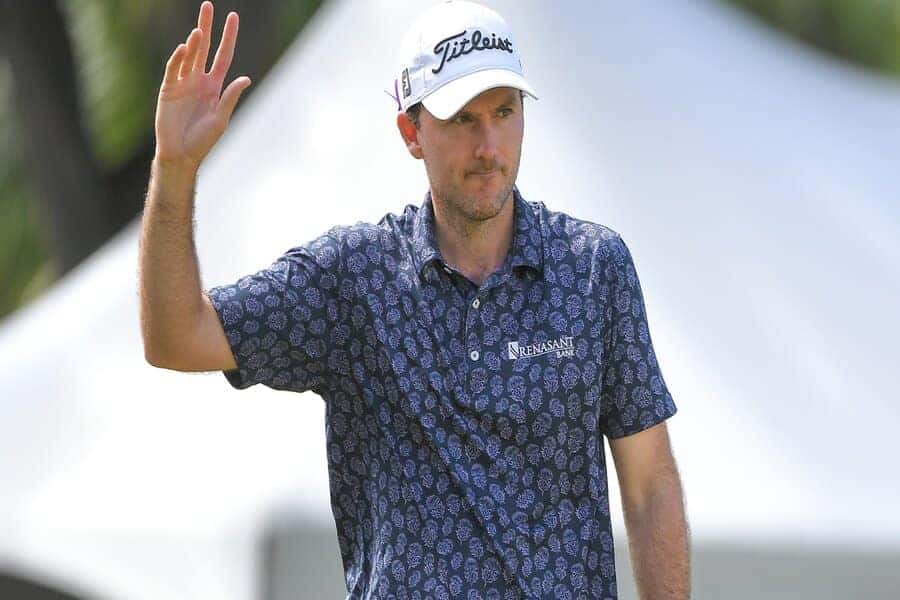 The PGA Tour moves on to the big island this week, as they play Waialae Country Club in Honolulu for the 2022 Sony Open, and I don’t think you hear many of the golfers complaining.  Especially Matt Kuchar who has been in Hawaii since before Christmas, and has no plans on leaving anytime soon.

Round one kicked off on Thursday with a familiar face to Waialae jumping to the top of the leader board. Kevin Na followed his win at Waialae Country Club in 2021 with a 61 in Round 1 on Thursday and led Russell Henley and Jim Furyk by one stroke early in the event.

Let’s take a look at his first round and a great first day in Honolulu.

Na hit all 14 fairways and 15 of 18 greens en route to his 61, which means his putting accuracy didn’t really factor in at all. However, Na was strong on the front making seven 3s on the front nine and going out in 29.

If he continues to play like this, he could set himself up for a repeat.

2022 Sony Open Round One Recap

As Kevin Na began to fade, Russel Henley surged and found himself at the top of the leaderboard heading into play this weekend.

Henley also shot to the top of the odds, as he is now the clear favorite at +135 to win the tournament, as projected by JazzSports.

Henley really turned it up over the final six holes where he was 6-under par, and then for good measure, hit a 30-foot eagle putt for a 7-under 63 and a three-shot lead. Henley is a fan of this course as he began his rookie season in 2013 at the Sony Open by setting a 36-hole record at the time at 126 and outlasting Scott Langley in a weekend duel to win the tournament.

It’s still very early in the tournament, but don’t overlook Matt Kuchar, who currently sits at +1500 odds, as projected by JazzSports. Kuchar finished the round four shots behind Hensley, and he looks like he is poised to make a run and should be in contention come Sunday.

My pick to win the tournament is Henley based on his recent play and his confidence with his putter.

This tournament will come down to who makes their putts, and Henley’s putter looks like it’s warmed up just at the right time. So, expect Henley to remain around the top of the leaderboard as he pushes to victory on Sunday.

After Round 2 of the Sony Open

Russell Henley has been inserted as the favorite, as projected by JazzSports. All odd to win the tournament have been updated below:

Sign up and make sure to stay tuned for 2022 Sony Open updates, golf news, and PGA Tour schedule