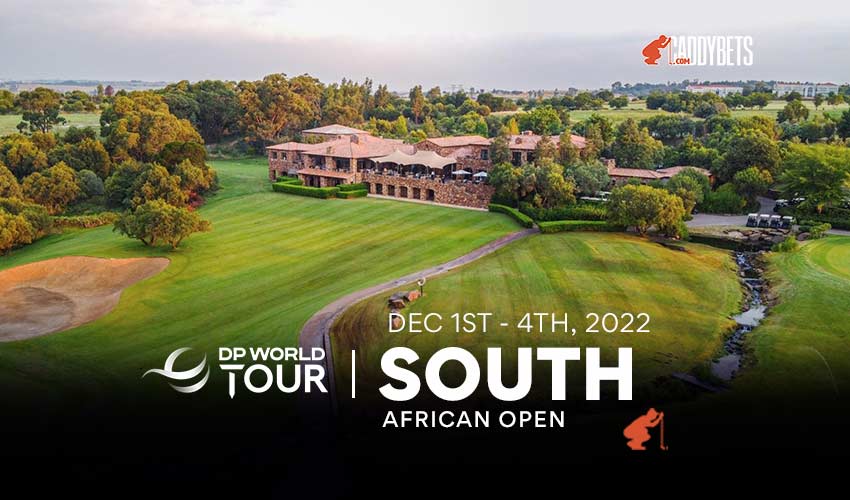 After Englishman Dan Bradbury pulled off a huge upset to win the Joburg Open in just his third DP World Tour start last week, the tour remains in Johannesburg for another week to play the 2022 South African Open.

South Africans are on a four-year winning streak in this event, but for Daniel van Tonder’s victory in 2021, it was just contested among those on the South African Sunshine Tour. The DP World Tour didn’t take part due to the emergence of the COVID-19 Omicron variant at this time a year ago.

In the last South African Open featuring both tours, Christiaan Bezuidenhout was the winner in 2020.

For the first time, the national open of South Africa takes place at Blair Atholl Golf & Equestrian Estate in Johannesburg. The course was designed by South African golf legend Gary Player. The course is a very long par-72, 8,161-yard track, but at elevated sea level, the course will play about 10% shorter than the advertised distance. It’s still a whopper of a course, featuring par 5s of over 600 yards and three par 4s from holes No. 14-16 that are all over 500 yards, so a golfer’s endurance will be tested.

With Bezuidenhout not here to defend his 2020 title after finishing third at the Joburg Open last week, seven other South Africans are among the list of favorites to make it five in a row for the countrymen.

Branden Grace, who won this event in January 2020 and also won a LIV Golf series event in 2022, is co-favorites with Dean Burmester at +1200. Grace was quiet outside of the LIV tour until he played in the Nedbank Challenge three weeks ago in South Africa, taking home a top-10 finish. Burmester has come in fourth in the last two editions of this event. He was runner-up at the Steyn City Championship in South Africa earlier this year and placed had a fourth-place finish in five PGA Tour events this fall.

Won the Joburg last year and had a solid first round this year before back-to-back 73s ended his quest to repeat. He is, however, the only golfer at the top of the odds board who has a history at this course. He played in a Sunshine Tour event here last October, placing sixth.

Schwartzel hasn’t won this event but also won earlier this year on the LIV circuit. Romain Langasque (+3000) isn’t South African, but he may as well be for how well he performs in the country. After a ninth-place run last week, three of his six top-10 finishes in 2022 have come in South Africa.

Of last week’s top finishers, Dan Bradbury is at +6000. He showed poise in going wire-to-wire last week, winning in just his third DP World Tour event, but a repeat would be a lot to ask for. Second-place Sami Valimaki is at +3000.

After Bradbury pulled off the upset last week, we like one of the South Africans to win this week. We’re backing Burmester, Lawrence, Schwartzel, and Oliver Bekker with some value at +2500.

Sign up here to get a 50% Sports Welcome Bonus and get the latest Golf Vegas Odds by Jazzsports.