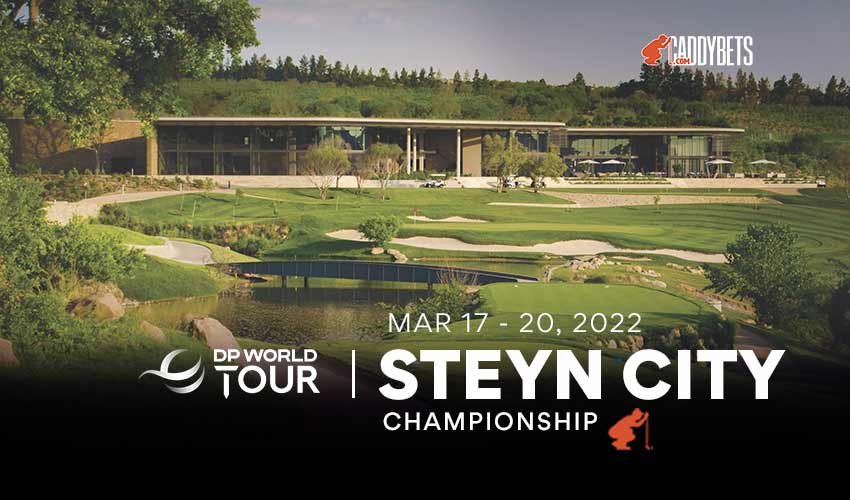 The DP World Tour plays concurrent with the South African Sunshine Tour for the second-straight week in the inaugural Steyn City Championship at The Club at Steyn City in Gauteng.

Last week’s top finishers from the MyGolfLife Open in Pecanwood are all here, as are a strong contingent of South African golfers who were all in contention last week.

The Course – The Club at Steyn City

The Club at Steyn City is made up similar to last week’s course at Pecanwood, as it’s another Jack Nicklaus design and is long. It’s a par 72 and a massive 7,716 yards, but some of that length is negated due to the altitude the course sits at. The fairways are wide, but this course features more elevation changes and more water.

The closing hole is a par-4, 515-yard beast that features water down the left side, so it will be interesting to see how golfers face this challenge to close out each round.

Last week in Pecanwood, Pablo Larrazabal outlasted Jordan Smith and Adri Arnaus in a playoff. The trio is now among the top-five favorites for this week, given that the courses are similar in nature.

Larrazabal had an up and down final round, while Smith and Arnaus were steady but faltered during the playoff.

Dean Burmester (+1200) is the favorite, as he’s the top-ranked DP World Tour golfer in the field for the second-straight week. He finished 18th last week at -15, as an even-par 72 in the third round hurt his chances to win.

George Coetzee (+2000) surged up the leaderboard with a 64 in the final round last week, finishing one shot behind Larrazabal, Arnaus, and Smith. Marcus Armitage (+2200) came in 11th place at Pecanwood, shooting under par for each of his four rounds, so he’s in fine form coming into this event, as is South African Oliver Bekker, also tying for 11th last week and at +2500 for this event in Steyn City.

In the only professional event held at Steyn City since it opened in 2015, Hennie Du Plessis and Jean Hugo won a Sunshine Tour team tournament here in 2018. Du Plessis, a South African, finished tied for sixth last week and was co-leading after shooting a 62 in the first round. Du Plessis is at +6000 this week, which is worth a flyer given his play last week and solid history here when most other golfers aren’t familiar with this course.

Smith is fourth in the Race to Dubai rankings and has runner-up finishes in two of his last three events along with a ninth at the Dubai Desert Classic in January. We like Smith to break through at a nice +1400 number, and we’re also backing Coetzee and Du Plessis.

Here is the latest odds from JazzSports for the 2022 Steyn City Championship on the DP World Tour.

Join us to receive our daily Golf content and make sure to stay tuned for the 2022 Steyn City Championship updates, golf news, and PGA Tour schedule.