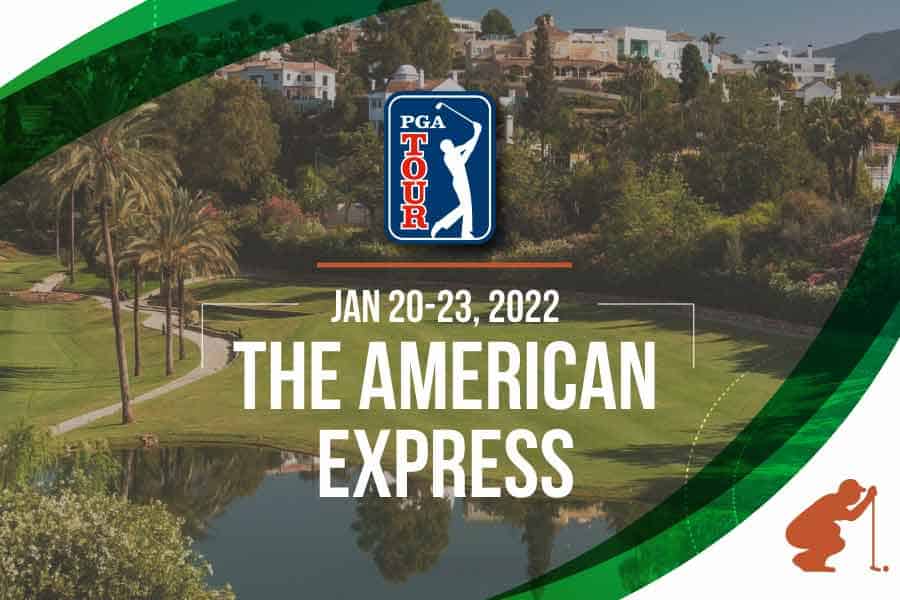 After two weeks in Hawaii, the PGA Tour returns the continental United States for the first time this year with the first of several events in the west—the American Express from the Coachella Valley in Southern California.

The event—formerly known as the Desert Classic and Bob Hope Classic, among other names—has been contested since 1960, when Arnold Palmer won the inaugural event. In fact, Palmer’s five wins is the tournament record, as no other golfer has won more than two. Phil Mickelson is competing this week and is the host of the tournament.

Jon Rahm, the world’s No. 1 ranked golfer, will be going for his second win here after doing so in 2018, and Si Woo Kim is the defending champion, winning by one stroke over Patrick Cantlay, who is hoping to finish one spot better this year.

The event is contested over three courses—PGA West’s Stadium Course, PGA West’s Nicklaus Course, and La Quinta Country Club. Golfers get the Stadium Course twice if they make the cut, as the entire field plays there on Sunday. Golfers who get the other two courses on Thursday and Friday have a slight statistical advantage to make the cut, as scores there average about two strokes lower than on the stadium course. All three courses are par 72. The Stadium Course features an island green on the 17th hole, much like its counterpart in Florida, and half of the holes have water.

All questions about Jon Rahm’s (+600) performance coming off his sabbatical were answered with a second-place finish and a 34-under performance at the Sentry Tournament of Champions. After a week off, Rahm returns to the tour this week, where he won at this event four years ago. He last played in this event in 2019, when he placed sixth. In all, he has seven rounds of 68 or better in those last two tournaments, including a 62 in the first round of his win in ’18.

Patrick Cantlay (+900) recorded a fourth-place finish at the Sentry Tournament of Champions in his first PGA Tour event since winning the Tour Championship in September. He just missed out on winning here last year after shooting a course-record 61 on the Stadium Course in the final round. He was ninth here in his other try here in 2019.

A trio of golfers are next on the odds board at +1800. Among them is Sungjae Im, who has a rare missed cut last week at Waialae after finishing eighth at Kapalua. He’s had some success here, finishing 12th, 10th, and 12th in his last three times out in The American Express.

+1800 and is the odds-on pick to become the next first-time winner on the PGA Tour. The Ryder Cup participant has just about done it all except win, as he was fourth at the World Wide Technology Championship at Mayakoba, tied for second at the Houston Open (after leading going into the final round), and was also runner-up at the unofficial money event Hero World Challenge in the fall. Scheffler also finished third here in 2020, leading many to believe that it could finally be his time for a win.

wasn’t the best in the fall portion of the schedule, but he did win The Northern Trust during the FedEx Cup playoffs last year, and he has had plenty of highlights in La Quinta over the past two years, including a 62 on the Nicklaus Course in 2020 and a fourth-place finish in 2021.

(+2000) came in fifth here last year and was second in 2020. If he makes it to Sunday, he will play twice on the Pete Dye-designed Stadium Course, and Ancer leads the PGA Tour in total strokes gained on Dye courses over the past 24 rounds at 45.7.

(+2500) won The RSM Classic to close out 2021 to take the lead in the FedEx Cup standings. He came in 15th and 27th in the two Hawaii events and has three top-25 finishes in The American Express.

(+2500) is another former winner here in 2015. He had a runner-up finish and a third place in the fall portion of the season, and he can always emerge as a threat.

(+7500) gives great value after a fifth-place finish at the Sony Open last week and also finished fifth here last year. He missed the cut in 2020 but was ninth in 2019, which is a good record of success for that big of a longshot.

The defending champion, can be had for +5000. Besides winning here last year, he also won on the original Stadium Course by claiming victory at The Players Championship in 2017. He had two finishes of 11th or better in the fall and was performing well at The CJ Cup in October before a final-round 77.

(+10000) is worth a look due to his hot putter, as he’s ranked second in Strokes Gained: Putting this FedEx Cup season. He’s weak in driving distance, but that isn’t a needed trait at PGA West, and he was 70 or better in all four rounds at the Sony Open last week.

Finally, don’t sleep on tournament host Phil Mickelson (+7500), as he proved at the PGA Championship last year. Lefty has dominated on the Champions Tour after his major win last year, and he was runner up here in 2019 and third in 2016. He picks and chooses his events wisely, so he’s not just here to be a gracious host.

With the way Rahm played at Kapalua, it’s hard to bet against him even as the overwhelming favorite. In the mid-range, we like Scheffler and Ancer, and Michael Thompson for the longshot.