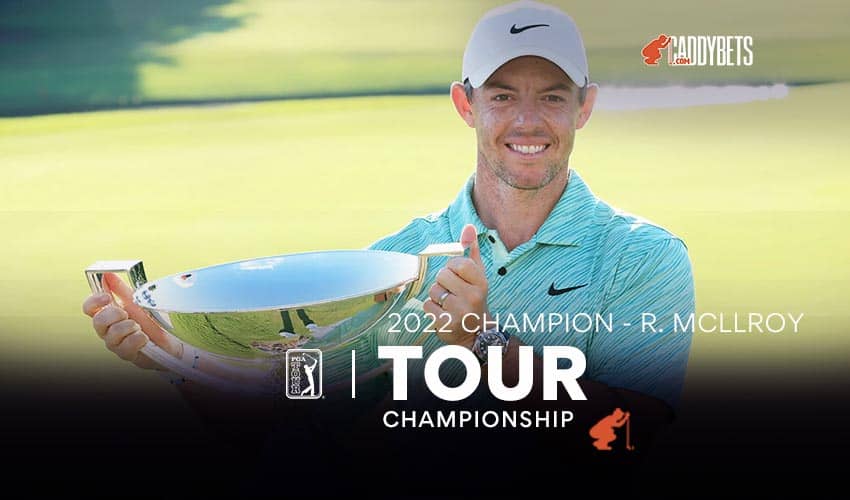 The leaderboard was bunched up going into Sunday at East Lake Golf Club in Atlanta for the final day of the 2022 Tour Championship, but there was unfinished business for several golfers. Leader Scottie Scheffler and others had to finish the third round due to Saturday’s rains, and Scheffler birdied four of the six holes he played to go into the final round with a six-stroke lead. Here our 2022 Tour Championship

Rory McIlroy, however, jumped into second place with a 63 in the third round and was thrust into contention when Scheffler bogeyed three of the first six holes in the final round. The two dueled the rest of the way and ended with McIlroy edging this year’s Masters champ by one stroke to win the Tour Championship at a 21-under 263 and become the first three-time FedEx Cup champion.

It capped a successful year for McIlroy. He won twice previously on this PGA Tour season, and despite not winning a major, he did have three top-fives and a top-10 in the big four events of the year.

“I’ve said all along this year, this season felt very, very similar to 2019,” Rory McIlroy said, comparing it to the year he won his second FedEx Cup. “I played great golf. I had some good wins but didn’t pick off a major, but I felt like – Harry (Diamond, McIlroy’s caddie) said it to me on the 18th green today. He goes, ‘All the good golf you played this year, you deserve this.’”

After a bogey to start the round, McIlroy birdied four out of five holes from Nos. 3-7 to catch Scheffler. He shot a 66, seven shots better than Scheffler’s 73. McIlroy’s 263 was not only enough to overcome the six-stroke head start Scheffler had on him, but was also the lowest 72-hole score shot in the tournament—despite McIlroy hitting his opening tee shot on Thursday across the street on his way to a triple-bogey.

“Just really proud of my resilience and how I sort of handled that start and just sort of stuck my head down and kept going all week and took advantage of the opportunity that I was given today.”

For Scheffler, it was a disappointing end to a year that saw him win four out of six tournaments in the spring, including a green jacket in Augusta. Blowing a six-stroke lead in the final round was not how he wanted to end things, he was able to reflect on his breakout campaign.

“I wanted to win the season-long title. I’ve had a really great year and I wanted to finish it off with a win here, and unfortunately, I wasn’t able to do that,” Scheffler said. “But at the end of the day, … I’m just so thankful to be out here.”

Sungjae Im capped off a tremendous final month of the season to log his third runner-up finish in his last five events by shooting a 66 to end up tied with Scheffler. Xander Schauffele, who won three times this year, was fourth at -18, and Justin Thomas and Max Homa tied for fifth at -17.