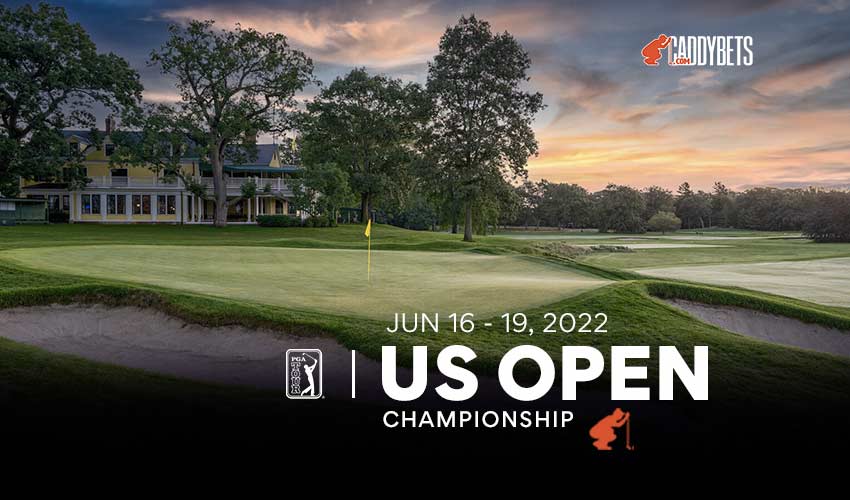 Rory McIlroy, Justin Thomas, Jon Rahm, and the rest of the PGA Tour stars play alongside those who recently defected to the LIV Golf Invitational Series at this week’s 2022 US Open, the year’s third of four golf majors.

The field of 156 players all had to qualify for the United States Golf Association’s (USGA) premiere event. The first edition of the tournament was held in 1895 in Newport, Rhode Island. Four golfers hold the record of four US Open titles—Willie Anderson, Bobby Jones, Ben Hogan, and Jack Nicklaus. Tiger Woods has won it three times, and Brooke Koepka is the only two-time winner in this year’s field.

Jon Rahm, who won his first major last year at Torrey Pines, is the defending champion.

The USGA creates difficult course conditions for this event, making it the hardest course of the year. In a statistic that attests to the difficulty of the US Open, only nine golfers in the history of the event have shot under par in all four rounds of a specific tournament.

This year’s event is at The Country Club at Brookline in suburban Boston, Massachusetts. This is the fourth time the US Open will be held here; the first was in 1913 and the most recent was in 1988. The famous 1999 Ryder Cup was also held here, when the U.S. team came back on the final day to win 14.5-13.5 over the European team.

Brookline features tight fairways, thick rough, and postage-stamp-sized greens to provide the ultimate challenge. It’s a par 70 and clocks in at 7,264 yards. The course went through somewhat of a restoration in 2000, with the biggest change being the reintroduction of the par-3 11th, which hasn’t been used in a major since the 1913 U.S. Open.

McIlroy and Thomas Favored as the Hot Hands

Successfully defended his RBC Canadian Open title last week and has been strong at the majors this year, making him the favorite at +1000 this week.  McIlroy has been one of the most vocal players in support of the PGA Tour as golfers like Dustin Johnson, Bryson DeChambeau, and he closed with a 62 on Sunday to win in suburban Toronto. McIlroy leads all golfers in Shots Gained: Tee-to-Green, and he’s been strong at the majors this year, especially in the final round. A 64 on Sunday at Augusta led him to a runner-up finish at the Masters, and a 68 at the PGA Championship brought him into an eighth-place finish there last month.

Won the PGA Championship last month and was tied with McIlroy going into the 17th hole on Sunday in Canada before back-to-back bogeys knocked him down to third place. Before the tough finish, he had a stretch where he birdied six-straight holes in the final round. He leads the PGA Tour in birdie average and is second in scoring average at 69.192. Thomas nine top-10 finishes in 11 stroke-play events this year.

2022 US Open Other Contenders

Has cooled off a bit from his amazing March and April, but that’s to be expected given that he won four times in a six-tournament stretch. Since the Masters win, he’s made four of five cuts, lost in a playoff at the Charles Schwab Challenge, and has three other top-20 finishes, so the FedEx Cup points leader is lurking. Scheffler also finished seventh in the U.S. Open at Torrey Pines last year.

Speaking of the 2021 U.S. Open, Jon Rahm is the defending champion. Rahm has won once this season and leads the PGA Tour in Greens in Regulation. His putter was also sharp at the Memorial, where he finished tied for 10th and took last week off to be fresh for this title defense. After a runner-up at the Sentry Tournament of Champions, however, Rahm has been pedestrian in big events: 55th at The Players, 27th at the Masters, and 48th at the PGA Championship.

If you’re looking for potential first-time major winners, look no further than this trio at +2500: Will Zalatoris, Sam Burns, and Matt Fitzpatrick. Zalatoris has four top-10s in seven starts in majors and most recently lost to Thomas in a playoff at the PGA Championship.

Burns is second in FedEx Cup points and has three wins on the season but flies a bit under the radar since he hasn’t contended at a major. He has two wins in his last seven starts and was fourth last week in Canada.

Fitzpatrick missed the cut at the Memorial, but has finished in the top 10 in the remaining three of his last four starts, including a fifth at the PGA Championship. Fitzpatrick also won the last national tournament held at Brookline, taking home the U.S. Amateur title in 2013.

Won The Northern Trust in the playoffs last year but got off to a miserable start in the 2021-22 season. His first top-10 of the season was on May 1 in the Mexico Open, where he was runner-up to Jon Rahm. Since then, he’s made four-straight cuts with his last two results being a fourth (Charles Schwab Championship) and second (RBC Canadian Open).

Is a veteran who knows how to compete at the U.S. Open (2013 winner), and his last round was a 60 in Canada on Sunday to finish fourth, so he’s still got the game. Prior to that huge round, Rose hasn’t been bad at all, finishing 13th at the PGA Championship and 14th in team competition at the Zurich Classic of New Orleans.

The trio of McIlroy, Thomas, and Scheffler are worth backing since none are below +1000. We also like the trio of Zalatoris, Fitzpatrick, and Sam Burns at +2500.

Follow us on Social Media for 2022 US Open updates & Official World Golf Ranking, and more!