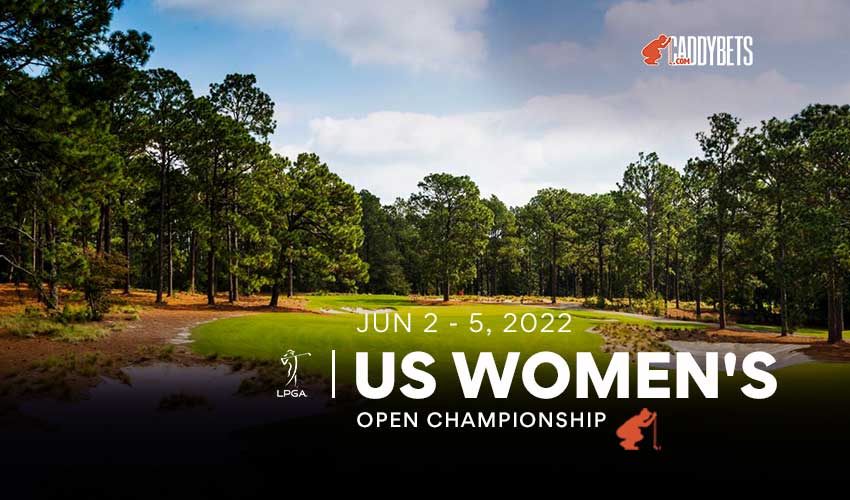 The second of five women’s golf majors takes place this weekend with Pine Needles Resort and Golf Club in Southern Pines, North Carolina, hosting the 2022 US Women’s Open for a record fourth time.

The 156-player field features 11 past tournament champions who have qualified for the event, including Nelly Korda, the world’s No. 2 ranked player, who is playing for the first time since February after undergoing surgery for a blood clot in her arm.

The event features a record purse for women’s golf at $10 million, which is nearly double what the field competed for a year ago.

Cristie Kerr won the last US Women’s Open at Pine Needles in 2007, and the two prior winners here were Annika Sorenstam and Karrie Webb. The course opened in 1928 and was renovated in 2004 and rebuilt its greens in 2017. It plays at a par 71 and is 6,638 yards in length.

Despite not winning in her last five starts after a torrid run from late 2021 to early ’22, Jin Young Ko is the favorite this weekend at +750. She has two wins at majors and seven top 10s over the course of her career, so she is always a threat despite finishing 53rd in the first major of the year, the Chevron Championship.

Also has two major championships under her belt and hasn’t finished lower than 25th in eight events this season.

The top odds for Americans are Lexi Thompson and Nelly Korda. Thompson is in great form, finishing second in her last start at the Cognizant Founders Cup in mid-May and was also tied for fourth at the Chevron Championship. Korda is coming off the injury and also missed the cut at the last two US Women’s Opens, but the reigning Olympic gold medalist has the talent to win.

Is the defending tournament champion, and Jessica Korda hasn’t played since the Chevron Championship, but she was the runner-up in the year’s first major.

If you’re looking for a sentimental favorite, look no further than 72-time LPGA Tour winner Annika Sorenstam, who won a U.S. Open here in 1996 and also qualified based on her U.S. Senior Women’s Open title in 2021.

Outside of the two Kos, Thompson is our pick, along with Saso and Jessica Korda for underdogs. Minjee Lee and In Bee Park are also both worth looks heading into one of the biggest events of the year.

Follow us on Social Media for US Women’s Open & Official World Golf Ranking, and more!