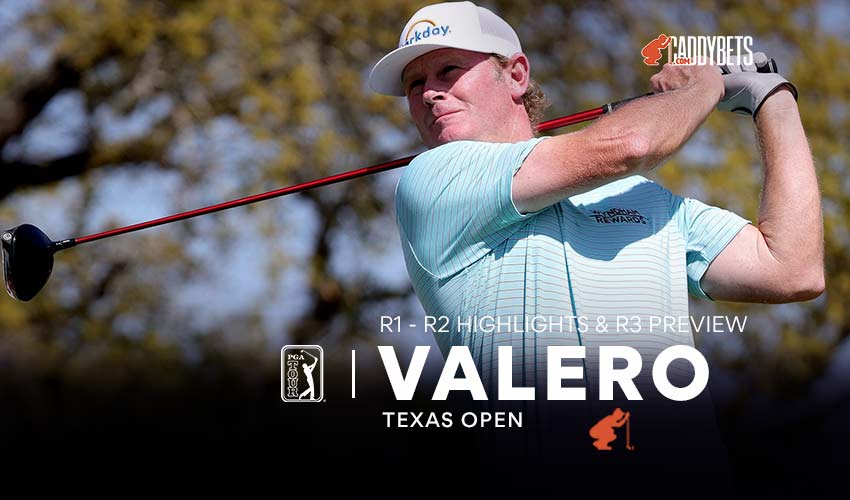 With round one of the 2022 Valero Texas Open in the books, most of the talk surrounds the names who are not at the top of the leader board compared to those who actually are. The three most notable players in the field (Jordan Spieth, Hideki Matsuyama, and Rory McIlroy) combined to shoot just two over and probably will not factor into the weekend. That’s fine with Russel Knox, who set the TPC on fire with his 7-under 65 to take an early lead in San Antonio.

Knox has been playing well leading up to this event, making six consecutive cuts and coming in with a T6 at The Players as the highlight of those outings. Knox has continued his strong ball-striking on Thursday, in which he gathered seven birdies to jump out in front of the field.

Knox wasn’t the only surprise battling for the lead on Thursday, as Ben Martin, who almost pulled out the victory in last week’s Corales Puntacana Championship, Anirban Lahiri, who came out of nowhere at The Players Championship, and Rasmus Hojgaard, who has been tearing it up on the DP World Tour, are all in the hunt behind Knox.

Another round and another set of changes atop the 2022 Valero Texas Open leader board. Hideki Matsuyama is one golfer who definitely won’t make it to the weekend; the reigning Masters champion withdrew midway through Friday’s second round due to a neck injury. Matsuyama’s withdrawal comes less than a week before this year’s Masters and amid a lingering injury issue for the 30-year-old Japanese star, who is off to a strong start this season.

So, heading into the weekend, who actually is in contention? That honor would go to Ryan Palmer, who shot a bogey-free round of 6-under 66. With Palmer’s play on Friday, he has been inserted as the favorite at +400 odds. Palmer heads into the weekend at 10-under for the tournament and leads by two shots over Kevin Chappell, Dylan Frittelli, and Matt Kuchar after Friday’s second round.

Speaking of Kuchar, who is now my pick to win this tournament, finished Friday with a 69 after firing off four-straight birdies. With his play after round two, Kucher improved his odds to win the tournament to +900. I like what I see from Kuchar, and I expect to see him in contention come Sunday afternoon in San Antonio.