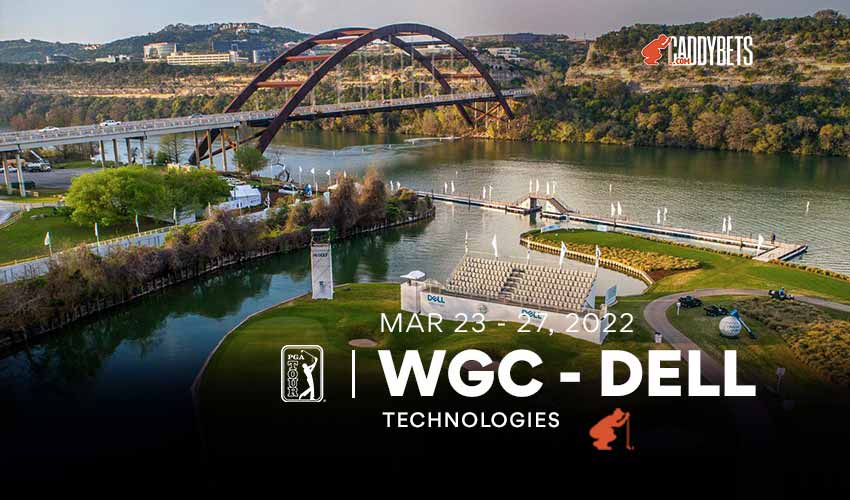 The NCAA men’s basketball tournament isn’t the only tournament taking place this week, as golf’s version of “March Madness” takes place in Austin, Texas, for the annual WGC-Dell Technologies Match Play. It’s the first World Golf Championships event of the year and features stars from the PGA Tour and DP World Tour (formerly the European Tour).

The format features 64 golfers who are split into 16 groups of four. Those four play a round-robin format against each other on Wednesday through Friday with a win being worth one point, a tie being worth a half-point, and a loss giving no points. The winner of each group goes into a final bracket of 16 golfers. The round of 16 and quarterfinals are played on Saturday, and the semifinals, third-place playoff, and finals are contested on Sunday.

Each match is contested over 18 holes, but once a golfer is unable to be caught, the match can end early. For instance, if a golfer won three more holes than his opponent after 16 holes, that means he’s three holes ahead with just two to play, so the match would be over and the score would read, “3 and 2.”

Billy Horschel defeated Scottie Scheffler in the finals last year, 2 and 1. Since its inception in 1999, Tiger Woods holds the record with three wins while Jason Day and Geoff Ogilvy are both two-time winners.

Since 2016, the WGC-Match Play has been held at the Austin Country Club in Austin, Texas. The club was founded in 1899, and the course used for this tournament was designed by Pete Dye and opened in 1984. It’s a risk vs. reward course that often features windy conditions.

Most of the course is dry, but the signature 17th hole is a par 5 that has water by the double-tiered green. It’s reachable in two, but the second shot needs to be perfect to avoid water or an unfavorable part of the green.

Rahm and Thomas Favored, but Thomas Is the Smarter Bet

Jon Rahm (+1200) remains the world’s top-ranked golfer, but his putter has been average so far this year, which could spell trouble for a match-play competition. Rahm has also gotten past the group stage of this tournament just twice in four tries. He started off the year with three top-10s in four tries, but as of late, Rahm has been no better than 17th in his last three events and was 55th his last time out at The Players Championship.

Justin Thomas (+1200) was third at the Valspar Championship last week, just one stroke away from reaching the playoff. After being a part of the Ryder Cup win, Thomas has five top-10 finishes in the 2021-22 season and was also fifth at the unofficial money event, Hero World Challenge. Thomas leads the field in several statistical categories, including the all-around, bogey avoidance, and par 4 scoring. Thomas hasn’t won this event before, but he does have two WGC titles to his credit.

Scottie Scheffler (+1800) comes in as one of the hottest golfers on the PGA Tour, having won the WM Phoenix Open and the Arnold Palmer Invitational in two of his last four starts. He was also runner-up here a year ago.

Collin Morikawa’s resume speaks for itself, and in his debut here last year, he could not escape the group stage with eventual winner Billy Horschel. But Morikawa, listed at +1600 odds, has the talent to burn through this field. He’s also matched up with Sergio Garcia in group play, which should make for an entertaining match.

Dustin Johnson has good value at +2000, considering that he’s a winner here (2017), and do you remember what happened the last time he had one-on-one matches? He just became the first American in the modern era of the Ryder Cup to go 5-0-0 in his five matches. He also shot a 63 in the final round of The Players Championship to tie the course record at TPC Sawgrass.

Bryson DeChambeau (+2500) returns after a couple of months off due to wrist and back injuries. His toughest challenger in the first round will be Talor Gooch, but it’s a winnable group for the big hitter.

Defending FedEx Cup champion Patrick Cantlay (+2200) has been somewhat quiet since losing to Scheffler in a playoff in Phoenix, and Cantlay has a tough draw in his group, facing birdie machine Sungjae Im and a surging Keith Mitchell.

Defending champ Billy Horschel (+3000) has a winnable group, facing Tom Hoga, Min Woo Lee, and Thomas Pieters, the latter of which has been a winner as of late on the DP World Tour.

Paul Casey (+3000) took last week off after a third-place effort at The Players Championship, and the veteran has racked up five top-25 finishes in his last six starts worldwide. He’s drawn Alex Noren, Corey Conners, and Louis Oosthuizen in group play, and Oosthuizen hasn’t yet reached his mid-2021 form after battling some injuries since the fall.

Shane Lowry (+3500) draws Brooks Koepka, Harold Varner III, and Erik van Rooyen in the first round. Varner III can post low rounds as much as anyone, and Koepka was close to a top-10 last week after finishing with a 65 on Sunday at Innisbrook, but Lowry has seven-straight top-25 finishes worldwide with his last three on the Florida swing being a second (The Honda Classic), 13th (The Players Championship), and 12th last week at the Valspar Championship. The 2019 Open Championship winner also has a WGC title at the Bridgestone from back in 2015.

As we saw with Scheffler earlier this year, flirting with victories after a while usually results in them, so we like Thomas among the favorites, along with Scheffler at +1800 and Johnson at +2000.

Casey and Lowry are our longshot favorites, as no golfer has been able to repeat in this event (Horschel).

Here are the latest golf odds from JazzSports for the 2022 WGC-Dell Technologies Match Play.

Join us to receive our daily Golf content and make sure to stay tuned for Valspar Championship updates, golf news, and PGA Tour schedule.

Follow us on Social Media for WGC golf odds updates!