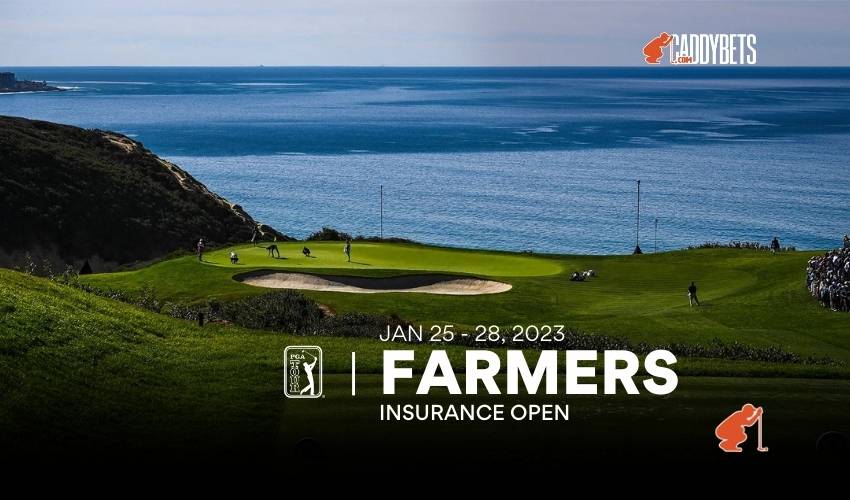 Jon Rahm is looking to do something that’s only been done twice in the past decade on the PGA Tour win three tournaments in a row. And he’s favored to do so at a course that’s been very friendly to him during his golf career.

Rahm has won back-to-back starts to open in 2023. He’s trying for the first three-peat since Dustin Johnson recorded the feat in 2017. The only other golfer to do so in the past 10 years is Rory McIlroy in 2014. Jon Rahm is set up for success at Torrey Pines, where he won the Farmers Insurance Open in 2017 and the U.S. Open here in 2021.

This tournament began as the San Diego Open in 1952 and has been played every year since 1959. It’s been contested at Torrey Pines in La Jolla, California, since 1968. Tiger Woods holds the record with seven victories in this event, including four in a row from 2005-08 (five if you count his U.S. Open win here in ’08 as well). Phil Mickelson has won here on three occasions, and two-time winners include Arnold Palmer and Tom Watson, among others.

The defending champion is Luke List, who won the first tournament of his career by defeating Will Zalatoris in a playoff.

Torrey Pines consists of the South and North Courses. Golfers play a round on each in the first two rounds, and the final two rounds are contested on the South Course. The North Course measures 7,258 yards, but the South is a monster at 7,765 yards—the longest course on the PGA Tour. Both are par 72s.

Can Anyone Catch Rahm?

Given that this event is on a course he’s performed so well at, it’s not a surprise that Jon Rahm is a heavy betting favorite at +350. Rahm is also the PGA Tour’s best performer during the winter swing in California over the past several years.

Finally, Rahm nearly has an unblemished record at Torrey Pines. After the win in his debut here in 2017, he came in 29th in 2018. Since then, it’s been finishes of fifth, second, seventh, and third a year ago—along with the U.S. Open win in 2021.

With the resume that Rahm brings into this event, it might seem more fitting to go right to the “Longshots” section, but any golf tournament carries with it a degree of unpredictability, and there are four other golfers playing who rank in the top 10 of the Official World Golf Ranking.

Will Zalatoris (+1000) has a seventh and the playoff loss to List last year on his Torrey Pines resume. After getting his breakthrough win at the FedEx St. Jude in August, a back injury cost him the rest of 2022. He’s a bit under the radar because he hasn’t contended in the two events he’s played this year, but the consistency is there: all eight rounds have been in between 65 and 69.

Tony Finau (+1100) has a win this season and hasn’t shot a round above par since the first round of the BMW Championship in August. Like Zalatoris, he hasn’t contended in 2023 but has a seventh- and 16th-place finish to his name. He missed the cut here last year after following a 67 up with a 77, but his worst finish in seven appearances at Torrey Pines before that was an 18th. Among those solid results is a runner-up finish in 2021.

Xander Schauffele (+1250) is coming off a 62 in the final round at The American Express last week, where he carded the first albatross of his career and in the history of the Stadium Course at PGA West. This is also a home game for Schauffele, as he hails from La Jolla. In 2021, he tied for runner-up with Finau at the Farmers and came back for a seventh-place finish at the U.S. Open.

Collin Morikawa (+1250) comes in with a bit of a chip on his shoulder after blowing a seven-shot lead to Rahm at the Sentry Tournament of Champions. Morikawa didn’t play all that badly in the final round at Kapalua, as he was the first player in PGA Tour history to lose a lead of at least six strokes while shooting under par himself. Morikawa skipped this event a year ago, but he finished fourth on his last trip here for the 2021 U.S. Open.

Taylor Montgomery (+2000) burst onto the scene here last year with an 11th-place finish. Now, the early Rookie of the Year frontrunner comes in with tons of confidence, racking up eight top 15s in nine starts, including a fifth last week at The American Express.

Another not-so-huge longshot is Jason Day (+2250). The Australian has won here twice and is third all-time on the money list at Torrey Pines. He’s been flying under the radar this season, but he has six finishes inside the top 21 in eight events in the 2022-23 season. He won here in 2018, which is the last year that he won a PGA Tour event.

Normally, we wouldn’t be looking to back such a heavy favorite, but it’s tough to ignore Rahm at any odds with everything lining up for him so nicely. That also means there’s some good value on other elite players, so we’ll back Zalatoris, Schauffele, Montgomery, and Day.

Here are the latest odds from Jazz Sports for the PGA Tour’s 2023 Farmers Insurance Open at Torrey Pines.

Keep up with the latest golf news and updates! Register for a 50% Sports Welcome Bonus.