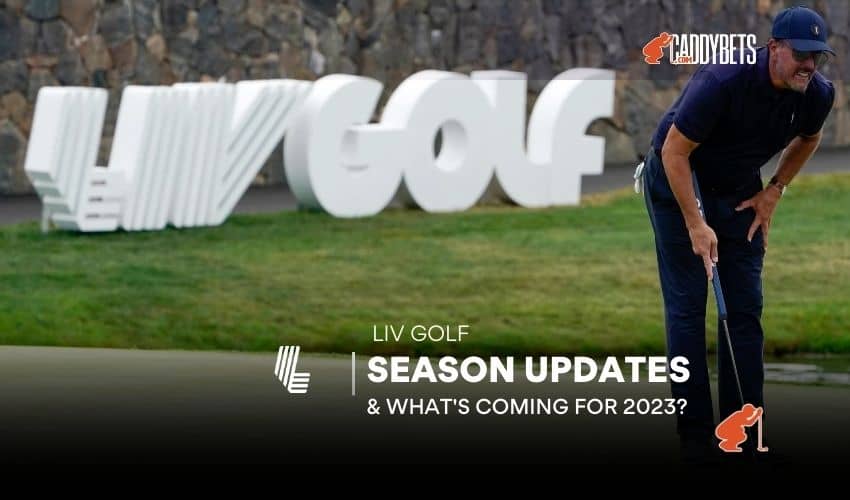 The 2023 LIV Golf season is expected to begin on Feb 24-26 at the Mayakoba resort in Mexico, but outside of that, not much is known for the second year of the startup golf series.

LIV CEO Greg Norman said in October that the inaugural eight-event season was a success and around seven new golfers would be added for the upcoming season.

Since that time, no new golfers have been announced for the 48-player tournaments. Questions also remain about the schedule and the way that the tournaments will be seen.

2023 LIV Golf Season Schedule: Half of the Venues Announced

Starting with the Mayakoba event, seven events have been announced through August. Each of the seven venues announced did not host a LIV Golf event in 2022, so it’s fair to expect that at least some of the courses that hosted LIV last year will again do so in 2023.

The last event currently scheduled is set for the Greenbrier Resort in West Virginia from Aug. 4-6. The 2022 LIV season wrapped up at Doral in Miami, Florida in late October.

Will Any Other PGA Tour Players Jump to LIV?

Norman’s announcement of seven expected additions to the series was followed by silence for months now. There were rumors that Xander Schauffele and Patrick Cantlay may be among those jumping to LIV, but those were shot down by the players themselves.

Television and media rights deals are the lifeblood of sporting organizations. The PGA Tour is in the middle of a U.S. television deal with CBS, NBC, and ESPN that pays it $7 billion over a nine-year span.

LIV has yet to secure any such deal. In 2022, its events were broadcast for free on YouTube. Norman said he was confident a deal would be struck, and there has been talk that the CW Network in the United States could be a possible landing spot.

The series is also in a battle with the ranking system to earn points for its events. So far, the OWGR says that LIV not having a 36-hole cut or a qualifying school system is hurting its cause.

Earning ranking points will allow its players to be eligible for major events in future years.

LIV Golf at the Masters

What we do know is that the Masters will allow all eligible players to compete. That includes past champions like Dustin Johnson and Phil Mickelson along with golfers, such as Cameron Smith, who have won another major within the past five years. Only four golfers are ahead of Smith in the odds—Rory McIlroy, Scottie Scheffler, Jon Rahm, and Justin Thomas.

Here are the latest odds from JazzSports for the LIV Golf players who are eligible to take part in the 2023 Masters.